Being the Early Bird: Early Decision and Its Importance 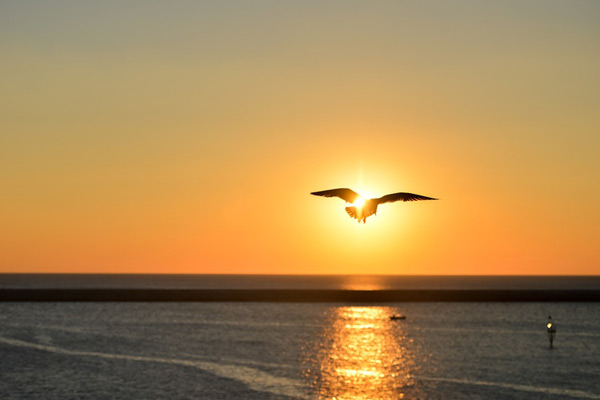 I recently attended an event where admission officers from top universities delivered joint information sessions on their admission processes. During the Q&A session, a student asked if there was advantage to applying under the Early Decision (ED) plan. The responding school representative replied that there certainly was: the student would know if she was admitted before winter break, and all of her friends would have to wait for their decisions.

But the school rep punted on this one, as so many college admission officers will do when discussing “early” plans. Not a whole lot of admission folks directly address the elephant in the room, which is the fact that students applying ED have a shockingly better chance of acceptance at top-tier schools than students applying under Regular Decision (RD) plans. Of course, this is the response that the student at the event was angling for. And, somewhat expectedly, she was left in the dark.

Like most variables in college admission, the ED versus RD debate often produces more murkiness than clarity. What I would like to do is streamline the discussion and provide some transparent bits of advice, hopefully clarifying the process and preparing students for what awaits them.

In order to understand ED, we need a benchmark to compare it to. That benchmark is RD, or Regular Decision. Assume that just about every school offers an RD application plan, which effectively declares the following: “Get your application in by this date if you want to be considered.

Most private schools have an RD deadline around January 1. Grades through the first semester of senior year are considered, and students have the opportunity to submit standardized test scores taken through December. If a student is admitted, he or she has the option to either accept or decline the offer.

Early Decision turns each of these attributes on its head. Not every school offers ED, but those that do usually have a deadline of early November, and they provide an early reply (usually mid-December). Grades only through junior year are considered, and the latest SAT/ACT accepted will usually be the October tests. If admitted, students must attend. Because of this, students can apply to just a single school under the ED program. (Not to be confused with Early Action, which provides most of the same benefits and operates in a similar manner, but students may apply to multiple schools and are not bound to attend those that accept them.)

Initially, ED was designed to permit committed and interested students to receive a reply to their applications earlier than otherwise. The student’s stress level was reduced, and the schools had a passionate applicant locked in to the freshman class—a classic win-win. In recent years, however, the use of ED has grown far beyond this. ED is now used by admission officers to determine who is truly “interested” in a school, by college ranking organizations that use a school’s “yield rate” as a factor in its rank and by bond rating agencies to determine if a consistent flow of students and revenue moves into the institution.

In short, ED has taken on a life of its own. With so many “stealth applicants”—students whom universities first hear about with the arrival of the application—colleges are often lost on who will ultimately matriculate to their school if admitted.

However, applicants can use ED to their advantage, and this “advantage” is a significant one. Johns Hopkins University, for instance, admits only about 15% of its applicants under RD; for ED, the admit rate goes up to about 37%. Amherst College has an even more dramatic disparity, with 11.5% for RD vs. an ED rate of 39%.

So, a student receives a significant advantage by applying ED to a school that offers the program. To compound matters, students are at a significant disadvantage when they apply RD to a school that offers ED; so many of the slots have been filled with the ED applicants that room for RD students can be severely limited. In the case of Duke University, for instance, a student applying RD are competing for 44% fewer seats than students applying Early Decision.

But it’s not for everyone

This is not to say that ED should be used without a great deal of thought on the student’s part. For instance, the student who needs November or December SAT scores to get himself to the level he desires should apply RD. The same thing goes for the senior whose junior year grades were less than impressive.

Further, students should apply to the right school when they apply ED. Again, students can apply to just one school Early Decision, so the student with a 3.6 GPA and a 2020 on the SAT should think twice before using her ED card for an ultra-selective Ivy League institution. Additionally, applying ED to such a school might prevent her from applying ED to another school for which she would have a more legitimate chance of admission.

Finally, it must be said that a student should not apply ED solely for statistical reasons. Remember, if admitted, the student is required to attend the school. The college might not have any legal recourse if the student backs out of the agreement, but you can be sure that students from this high school will be at a significant disadvantage for the coming years.

We’ve detailed just a handful of admission plans in this post, and we have avoided the alphabet soup of EA, REA, ED2 and a litany of other plans. These are all a bit easier to get your mind around once you understand ED, though, as ED demands the most commitment on the part of the student.

While it might not seem fair that after 12 years of schooling a student’s college success can rest upon when they apply, this is the way that things stand. Of course, there are numerous factors that play in to a student’s acceptance or denial, but the decision plan is quickly becoming more significant than ever before. Suffice it to say that while rising seniors should still be using their summers to draft their essays, it certainly wouldn’t hurt them to spend some time mapping out their application strategies for the fall.