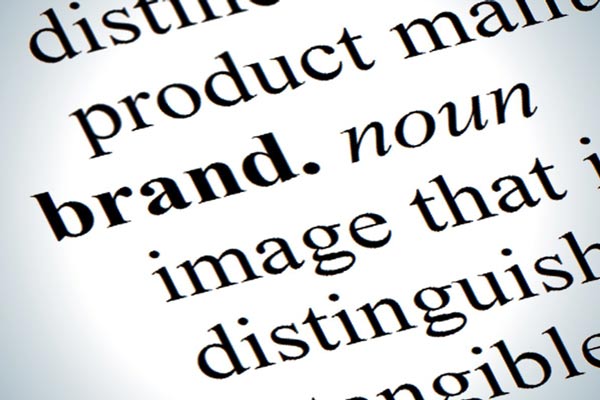 Have you ever met someone who placed way too much stock in brands? Someone who blindly loved something just because someone told them they should or looked down on people who wore other types of clothes?

If you know the type of person I’m talking about, then you know exactly how irritating they can be, and you probably also don’t consider yourself that kind of person. But are you?

BNCS is a convenient acronym that I invented for a mentality that plagues our nation: the obsession with the Ivies. And by the Ivies, I don’t just mean Princeton, Harvard, and Yale; I mean all of the prestigious institutions of higher learning that we find ourselves worshipping at the altar of: Stanford, MIT, Vanderbilt, UCLA, etc. I’m willing to bet you know at least one person who is looking to apply to one of those reach schools—and that’s by no means a bad thing.

What distinguishes BNCS from being ambitious is the mentality that comes with it. People with BNCS look down on schools that aren’t considered highly selective; they place a huge amount of self-worth into whether or not they get in; and they are willing to give up almost anything (sports, social life, etc.) to rise above the pack and be accepted.

What is the cause?

BNCS starts at an early age. Most schools separate their “accelerated” and “standard” students early off, creating a division amongst their students. I’ve been through FOCUS, PROBE, gifted, and AP all of my life, and I’ve seen how this affects people, and, for a while, how it affected me.

Kids in FOCUS in elementary school (that’s what my school called the program for its accelerated students) learn from an early age that they’re “different” and “special,” and they develop a sense of superiority. Even if you only started accelerated classes in high school, you see how it works: since you never see kids who are in College Prep (CP) classes, you kind of assume that they aren’t actual people. They become like a completely separate school. My middle school science teacher said things like, “This test was so easy, I would’ve given it to the Standards.” That’s what we called them, the Standards. In high school they became the CPs, but it all means the same thing: the kids that aren’t like us. This mentality makes us feel like going to the same college (alternatively: breathing the same air) as these kids for four more years means we’ve failed miserably, since the insane kids are obviously the ones who aren’t studying six hours a night, six nights a week.

In some cases, school is barely a factor in the development of BNCS. Oftentimes kids are pressured to go to the school of their parents’ choice from birth, and they end up believing that only that school is worthy of their attendance.

Why is it bad?

BNCS is, first and foremost, absolutely detrimental to the self-esteem of everyone it affects. That acceptance letter begins to represent much more than college prospects: it embodies worth. As a result, some students decide that anything is worth getting in: cheating, leaving their hobbies behind, and even forgetting their friends in favor of studying. In my group of friends, we call these people Gunners, named so because they’re always gunning for other people’s accomplishments, even though to them the accolade is more important than the experience. You know these kids: they’re the ones who say they had no time to study so they slip their notes under their desks during tests; the kids who run for four different officer positions within the same club so they can have something; the kids who constantly ask about your grades so they can compare themselves to you.

I had a friend in middle school who danced ballet and played violin. She was also super into reading, so we would sit together in orchestra and discuss books together. When high school started, she dropped orchestra freshman year so she could take AP Human Geography, but she planned on coming back after she had a second free elective the next year. The problem was, she never ended up coming back. Sophomore year she wanted to take AP Statistics instead of orchestra, and junior year she took AP Physics and AP Chemistry. She quit dancing somewhere in there too, due to time constraints, and I don’t think I’ve seen her read anything since freshman year, including the books we’re required to read for language arts (she doesn’t have time so she reads the Sparknotes instead). She’s first in our class now, and she’s the president of the National Honor Society, but she’s much harder to talk to. Everything ends up coming back to school, since she doesn’t have a life outside of it, and she mocks our local community college constantly. To me, she’s the quintessential Gunner. If this sounds like you, don’t worry. There is a way to change.

What is the cure?

I was never a full-on Gunner, but until midway through last year, I had an awful case of BNCS. Getting rid of BNCS is similar to curing any other sense of poisoned morals: it takes time, energy, and patience in the face of mistakes.

Okay—take a deep breath in for eight seconds and release it for 10. If you’re anything like I was last year, that was a huge amount of information that was pretty hard to stomach, but I really hope some of it got through to you, even if it was just a little bit.

(If you’re interested in this topic, I highly recommend Excellent Sheep by William Deresiewicz, the book that helped me recognize my own biases and faults and fix them.)

Why Grades Aren't Everything

Katie Nagy is a high school senior in northeastern Georgia. When she isn't obsessively researching colleges or studying for the SAT, she enjoys practicing martial arts, playing viola, baking, and, of course, writing.