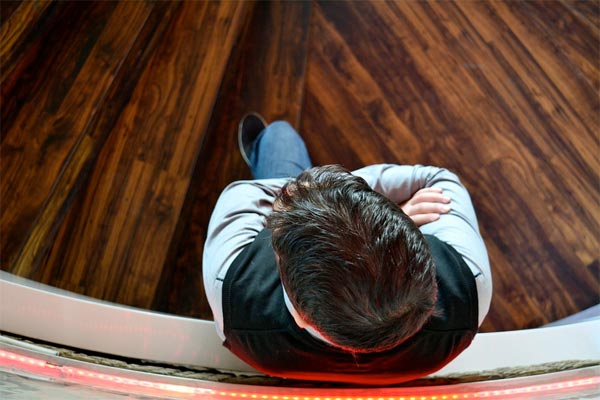 If you’re like me, you prefer clear-cut answers: “Yes, because of this,” “No, because of that.” Even if the answer isn’t the one you hoped for, at least you know where you stand. Things that are not as clear—“we haven’t decided,” “maybe,” “you are still being considered”—are vague and nerve-racking. And they’re probably the most nerve-racking when you’re waiting for your college admission decisions.

When I got waitlisted from a college the first time, to a college that had slowly been going down on my list and one that was a stretch anyways, I thought it was okay, but I still wished I had just gotten an actual decision. A couple years ago, it was my top choice school, but campus visits had given me bad vibes, so it wasn’t much of a concern to me. But they sent one of the most vague letters I have ever read (to be fair, I guess it must be hard trying to be nice about news that people don’t want to hear) and a notice that, in the coming weeks, I would have to let them know if I wanted to remain on the waitlist or if I wanted to withdraw my application. I accepted this news and began thinking about whether or not I wanted to still be considered. However, it was different when I got a similar letter from my top-choice school.

Related: How to Escape Purgatory: Get Off Your Dream College's Waitlist

I knew that this particular college was a reach for me. My GPA was good, but my test scores were a little low and I had not taken advantage of opportunities such as college classes or SAT subject tests to make up for the lack of difficult classes offered by my high school. To make things worse, one of their graduates has come to fame in the past few years as an author of books that are mostly read by teenagers. When I was visiting campus, one of the admission officers said this author was most likely the cause of a huge increase in applications—almost doubling the number of students applying to this small liberal arts college. So while I can’t say I’m surprised by landing on the waitlist, I had hoped that doing an interview and talking to my admission officer about how much I wanted to attend that school would help my chances (and maybe it did). And I was still quite disappointed to receive the news.

While getting on the waitlist may seem like it isn’t that bad—which is what I thought at first—some of the details of being waitlisted show the truth of how crummy it can be. The second college that put me on their waitlist immediately gave me the option of withdrawing my application. Or if I still wanted to be considered, I would not be able to make a deposit to any other college until they gave me a final decision. The worst part is that they will send their final decision on May 1, widely known as “College Decision Day,” or the day that students have to make their first deposit to declare which college they will be attending. This would put me in a fraught position, since I would have to wait until the last day for a decision that could potentially stay with me for life. And even though this institution is very good with financial aid, I know that my potential for merit scholarships would be very low, and I wouldn’t get a real estimate until the last minute. Since this just happened in the past couple days, I am still trying to figure out what path I will take, and trust me, there are no easy answers.

As for my other options? There is a college that, as of this past fall, I almost didn’t apply to. They weren’t even on my radar for a long time. However, I did apply and was accepted. In fact, the admission counselor included an unusually long and very nice note to me with my acceptance letter. After that, I looked into the school more and learned that their programs were excellent, I went to an interview shortly before they began reviewing applications, and I applied for a talent-based scholarship. Through all of this, I noticed how friendly the students and faculty were and how much they all loved the school. It was my second-choice school, but now I’m starting to think that maybe what seemed like bad news was more of an important message: sometimes it isn’t about the gleam of campus or a college’s prestige, but about how you feel when you are there with the students.

At any rate, I still have a few weeks to decide. We’ll see where I end up…

My Experience Applying to the University of Denver

Hello, everyone. My name is Leman. I'm from a small town in west-central Ohio. Although I'm definitely not sure what I want to do in college, I definitely want to pursue my passion for science! Throughout the year I will be researching, visiting, and applying to small colleges in Ohio and the neighboring states.

The University of Chicago