My Experience Applying to the University of Denver 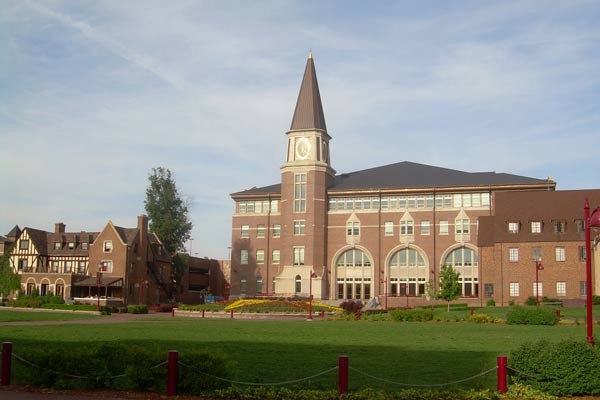 When I clicked “Apply Now,” I thought I knew what to expect. I mean, I knew that they would ask about my background, my GPA, and my extracurriculars, but there were a few things completely foreign to me. I didn’t know I would have to come up with something to write 250 words about, nor did I know the difference between Early Action and Early Decision. Not only that, but filling out such an important application led me to second-guess myself quite often. I kept asking myself, “How should I phrase this?” and, “Is this word necessary?” After that first experience, I left the application alone for a few days. When I returned to it, the application was much less daunting.

The first thing I needed to do was decide if I wanted to apply using the Common App or the University of Denver’s personalized Pioneer application. Given the fact that DU is my first choice, I went with the Pioneer app. This was also helpful because the Pioneer application asked about any relations I might have to people that currently attend or have attended the University of Denver. Because of this, I was able to tell them that several of my relatives either have gone or currently go there. Next, I had to decide between Early Action, Early Decision (I or II), and Regular Decision. Early Action is a nonbinding early submission of the application, and while Early Decision I has the same deadline, Early Decision is binding once you are accepted. Regular Decision is nonbinding and has a later deadline, the same deadline as Early Decision II. I know, wow. It was really confusing.

The only parts of the filling-out process that were difficult for me were trying to include as much as I could in my activities, and of course, the essay. I had suddenly blanked on everything I was involved in for the past three years, and I struggled to find things to write down. Once I got the ball rolling, I was okay, but it took a few panic-filled moments to think of everything I had done. Then, there was the essay. For DU’s application, there was no prompt and the only guideline was to write a minimum of 250 words about something you are passionate about. It took me the longest time to complete, but like the other parts of the application, there was no stopping me once I had started. My first draft wasn’t long enough, but by the time I had truly finished, I had over 300 words.

A pleasant surprise about applying to this specific school is that they don’t require a teacher recommendation; they only require a counselor recommendation. So, that was a lot of weight off my chest. Even so, I waited until the school year was well underway to submit my application, so I would be in better contact with my counselor and so I could include a teacher recommendation if I wished. I started exploring the school’s website in the meantime, and I cannot be more excited to receive my admissions decision!

This or That: What to Consider Before Choosing a College

Sabrina Hancock is a high school senior from southern California whose interests include dance, foreign languages, and reading/writing. She also loves Marvel movies, fantasy literature, Guild Wars 2, bears, and strawberries. A member of the California Scholarship Federation and the National Honor Society, she currently has an unweighted cumulative GPA of 3.92. Hoping to attend the University of Denver and earn a degree in International Studies, she is motivated and excited to share her experiences through CollegeXpress.