by Ameina Mosley
Student, Community Academy of Science and Health 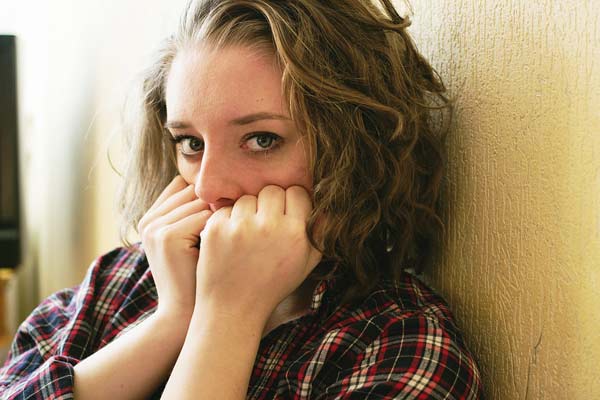 Shakespeare once wrote “all the world’s a stage,” but to that I’d say, “I’m no actor.” Yet, on a recent college interview with an alumna, I felt the weight of the pressure to perform. It was as if I was in a one-woman show, playing myself, talking about myself, with no intermission.

I had prepared for the interview; I stood in front of my mirror and recited answers to questions I imagined my interviewer would ask, like “Why do you want to go to [insert college name here]?” But it didn’t matter. Leading up to the interview was also the most nerve-wrecking times of my high school career—“stage fright” was a gross understatement.

The unadulterated truth is that you as a student, no matter how confident you are, will be nervous for your college interview(s). Butterflies will swarm in the pit of your stomach, and you will feel like your entire future hangs in the balance.

But there is a secret to escape the terror and dread of the admission interview.

It is no magical potion or mystical remedy.

Yes, this might be the most overused and mutilated cliché to ever be uttered. And you might say, “Who else could I be but myself?!” But the fear of making a mistake and the pressure to excel can make us act differently, the way we think we’re supposed to act. We might say or do things we would have never have said or done otherwise. Like we’re actors on a stage (in a one-person show . . . ).

A science teacher once told me that in times of imminent danger, the body kind of shuts down certain functions and conserves its energy for more useful purposes. For example, if you were running from a bear, your body might decide that hearing isn't relevant and shut that function down. In most cases the intestines, bladder, and stomach are the first to go. (Yikes.) As a high school senior I have been put in many situations where I have had to speak in front of large groups, but the most frightening is sitting down one on one with someone. In those moments, my brain seems to be the first to go. My brain and body are so focused on this “imminent threat” that they forget to center my thoughts, which ultimately results in me fumbling over my words. During discussions I find myself saying “blah blah blah” to find my tongue again. If this sounds like you too, try tongue twisters, like “Peter Piper picked a pack of pickled peppers.” Or maybe saying “blah blah blah” will work for you as it does for me. People also trip over their words when they aren't talking in a way that’s natural and comfortable to them. This is where being yourself proves effective. If you speak from a place of sincerity, your words will flow more freely.

Finally, if something embarrassing does happen during an interview, be resilient. During my interview, I opened up my iPad to a guy dancing and screaming profanities. It was, without a doubt, the most embarrassing moment of my life. But I didn’t let that one moment define who I was. I was resilient and I shook it off. After all, that’s what colleges are looking for: resilient future leaders who do not allow one moment to hinder their progress. Rather, they keep striving, pushing, thriving, and shinning.

My advice is simple: be yourself—the highly intelligent, interesting person you are!

We are all specks of dust in this vast seemingly never-ending universe. I hope to be a beacon for change and light in the world. I've always wanted to help people through medicine; I have always wanted to be a doctor. Recently, I have discovered that writing sparks something in me as well. I'd like to help change the world using my passion for medicine and writing. Applying to college is a stressful process. I hope that my words can give courage to the people who read them (and maybe even instill the same courage in myself as well).