Intramural Sport Opportunities for Everyone 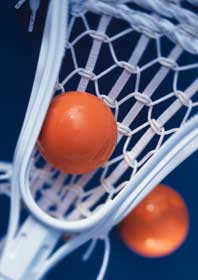 Students come to a university or college campus primarily to obtain an education and fine-tune the skills needed in today’s global economy. However, career success frequently requires talents beyond those developed in the classroom.

These “extracurricular” skills include teamwork, collaboration, communication, leadership, time management, and self-discipline. Participating in collegiate athletics, from competitive varsity teams to laid-back intramurals, is a great way to foster these qualities.

Playing fields, gymnasiums, and recreation centers are important venues on most university campuses, and that’s where students nurture such skills. Competitive sports provide students the opportunity to hone their physical abilities, while providing an outlet where they can develop critical social, or “soft,” skills needed for success in their careers and personal lives.

When most people consider sports on a university campus, they often think only of intercollegiate athletics, a selective domain populated by scholarship athletes, administered by the National Collegiate Athletic Association (NCAA). But there are a wealth of other opportunities at the club and intramural levels as well.

Most colleges and universities in the United States participate in the NCAA, but many schools belong to a number of other athletic administrations, such as the National Association of Intercollegiate Athletics (NAIA) and the National Christian College Athletic Association (NCCAA). The NCAA offers three levels of competition: Division I, II, and III (D-I, D-II, and D-III, respectively). D-I programs are typically the largest and most competitive; they also offer a variety of athletic scholarship opportunities. D-II and D-III programs are competitive but usually less so than D-I programs; some D-II programs offer athletic scholarships, and D-III programs do not. Some NCCAA schools also offer scholarships.

Timing plays an important part in the recruitment process. The NCAA has stringent guidelines surrounding a university’s or college’s ability to recruit prospective athletes. For a student entering university in September 2012, for example, college coaches cannot initiate face-to-face contact until July 2011. However, students may initiate contact with college and university coaches prior to this date.

Prior to beginning the recruitment process, potential D-I and D-II NCAA athletes are required to register in the NCAA Initial-Eligibility Clearinghouse; D-III athletes are not required to register at the Clearinghouse. The Clearinghouse serves as a centralized location to determine a student’s eligibility as an amateur athlete (students who have earned income or benefits from their athletics prior to university enrollment are not eligible to participate in NCAA athletics). It is strongly recommended that students register at the Clearinghouse one year before their intended date of enrollment. For more information, visit https://web1.ncaa.org/eligibilitycenter.

Coaches contact their top re-cruits during the admission process, pursuing student-athletes who play positions that suit the team’s needs at that time. Coaches may request copies of a student’s secondary school transcript or standardized test results in order to advocate for the student to their college or university’s admission committee. The admission committee reserves the right to make all final decisions and will do so according to students’ academic credentials.

But what if you don’t have the experience or interest to earn an athletic scholarship or compete at the NCAA level? The good news is that most universities offer abundant opportunities to participate in competitive sports. In fact, the majority of collegiate athletes aren’t found on the rosters of NCAA-affiliated teams. Most university athletes participate in intramural or club sports in almost every type of sports competition imaginable, including fencing, cycling, equestrian sports, rowing, boxing, martial arts, roller hockey, snowboarding, and water skiing.

The National Intramural and Recreational Sports Association (NIRSA) is the primary governing body for collegiate intramural and club sports. It sponsors national and regional tournaments for many sports, including flag football, soccer, volleyball, tennis, and basketball. Based in Eugene, Oregon, NIRSA also provides standards for officiating, conduct, management, and facility development for its more than 700 institutional members.

“Recreational and intramural sports have experienced phenomenal growth in the last 20 years,” says Kent Blumenthal, Ph.D., C.R.S.S., the Executive Director of NIRSA. “Nationally, the areas of fitness, informal and outdoor recreation, intramurals, instructional programs, sport clubs, and wellness impact millions of people every day.” Nearly 11 million college students use recreational facilities operated by NIRSA’s member institutions each year. More than one million intramural contests are scheduled each year, and more than two million individuals participate in collegiate sport clubs. Universities across the United States affiliated with NIRSA have invested more than $1.5 billion in the past decade to renovate or build new state-of-the-art collegiate recreational sports facilities.

Anne Holden, a senior at Boston University, is a member of their Division I women’s diving team. With meets almost every weekend, Holden says the biggest challenge is finding enough time to study for exams or papers. “Sticking to a schedule really helps so you don’t fall behind,” she says. “I try to plan my schedule so that I miss as few classes as possible, but when I have to miss I have peace of mind knowing that I have stayed on top of the readings and out of class work. It is also important to get the contact information of someone in that class who can get the notes for you. And let your professor know so you can hand in any work ahead of time.”

As you research colleges, don’t forget about the additional services provided to student-athletes. Because of the considerable amount of time D-I and D-II athletes spend away from their campuses, many universities have established tutoring centers or traveling tutors to help student-athletes keep up with their academic responsibilities. Most D-III athletic programs typically schedule their competitions so that their students travel regionally instead of nationally. They also limit their distance travel to weekends to avoid missing classes when they compete.

One key to determining the success of a college or university’s athletic program is to look at student-athlete graduation rates. If the college is consistently graduating a high percentage of its student-athletes, it probably means that appropriate services are in place to ensure their success. With good resources and support, you too can achieve success both on and off the field.