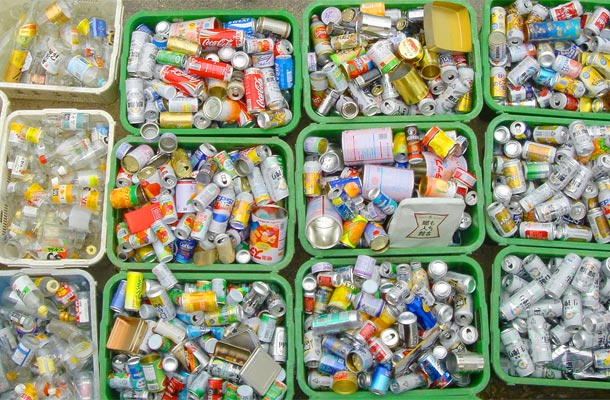 Check out ways schools around the country have gone green—and how you can do it too!

Green initiatives have been sweeping across campuses. Last summer, The Princeton Review began its “Green Rating” in which colleges are judged on a variety of criteria based on their eco-friendly policies. Eleven colleges earned top honors with 99 points, securing them a place on the Green Rating Honor Roll, but many other schools have taken action to combat damages to the environment. Here are a few creative ways schools have found to join the movement and go green.

Stanford has taken one of the staples of the dining hall and turned it eco-friendly. In an effort to cut back on waste, the University has begun replacing plastic forks and knives with cutlery made of potato starch and salad bowls made of sugar cane. Instead of tossing the dining utensils in trashcans, students can now throw it all in compost bins. Everything is then composted off-site and brought back to campus as fertilizer for the dining gardens and the Stanford Community Farm.

The University of New Hampshire is the first school in the nation to take on a project to use landfill gas to power its campus. The project, called EcoLine, supplies enriched and purified gas through a 12.7-mile pipeline to the UNH campus. It will allow the University to take 80%-85% of its energy from renewable resources. In addition, EcoLine provided the power necessary for UNH’s 2009 graduation ceremony. With EcoLine’s official launch and the University’s 139th commencement, UNH had plenty to celebrate.

The University of Massachusetts has teamed up with Living Routes (www.livingroutes.org) to give students the ultimate green experience abroad. Living Routes sponsors trips for students (high school and gap year students are also welcome) to ecovillages, or ecologically sustainable communities, to learn about issues concerning the population there, including sustainable development, green building, and organic agriculture. Trips take place in countries like Australia, Brazil, Peru, and Senegal and include both faculty members and students. In exchange for participating in the program, UMass offers students academic credits.

Hate washing your coffee cup when you get home from class? Portland Community College has made drinking your morning cup of joe hassle-free. Located in what’s been called the greenest city in the United States, PCC offers its students a five-cent discount on all beverages when a mug is used rather than a paper cup. No mug? No problem; the dining halls on campus have mug boards with hanging coffee cups for all to use. Students can take a mug off the board, drink from it, and return it when they’re done. Foodservices washes the mugs and puts them back up on the board to be used again another day.

In 2001, Middlebury College introduced its Yellow Bikes Cooperative. For a fee of $6 per year, students are able to borrow any of the yellow bicycles stored in bike racks around campus. In addition to the Yellow Bike Cooperative, Middlebury College promotes bicycle use through a campus-owned and student-run bike shop. The shop offers free classes on bicycle repair. After just three classes, students are encouraged to choose from over 100 bicycles that have been abandoned on campus, fix them up, and claim them as their own, free of charge.

Ball State has wanted to update its current coal-fired boilers, built in the 1940s, for years. Now they’re taking this opportunity to become a leader in the sustainable energy movement. Ball State is going to drill 3,750 wells on campus to tap into the Earth’s constant temperature. Each well will be 400 feet deep and will heat and cool buildings on campus. The project will do away with the use of the boilers, eliminating 85,000 tons of carbon dioxide produced by them annually, while creating 870 jobs. The school hopes to use money set out in the federal stimulus package to help finance this project.

As one of the most visible colleges in the sustainability movement, Harvard University has set up a revolving fund for students, faculty, and departments to use on green projects. The Revolving Green Campus Loan Fund, totaling $12 million, loans upfront capital for projects in areas of heating, behavioral change, insulation, renewable energy, and lighting. In order to be eligible, the project must reduce the University’s environmental impact and have a payback period of five to 10 years or less. Since its inception in 2001, the fund has supported over 180 projects on campus.

Built in 1849, the historic F Street House at The George Washington University recently received an upgrade in a green way. The house, now home to the University’s president, includes renovations such as Energy Star appliances, wood from sustainable forests, and a green roof. Green roofs are tops of buildings that are fully or partially covered in vegetation and soil. They can keep buildings insulated in the winter, cool in the summer, and help prevent water damage. And GWU isn’t the only college with grass on its rooftops. Harvard University, Cornell University, Pennsylvania State University, and Carnegie Mellon University, among others, have all installed green roofs.

Palm Beach Community College now offers an associate degree in Electrical Power Technology. The curriculum focuses on alternative energies such as wind and solar. Florida Power & Light Co., the second-largest energy company in the country, has partnered up with the College and has committed to hiring 20 graduates from the program out of the 100 who participate per year.

Nine students at Wellesley College took on a tough challenge this past year living in the College’s first sustainability co-op housing project. The students shared a kitchen, a common living area, and committed to buying and eating only local and sustainable food. The students had to learn quickly how to preserve local produce and plan ahead for the cold Massachusetts winter. The community hopes to be a center for students to discuss environmental issues.