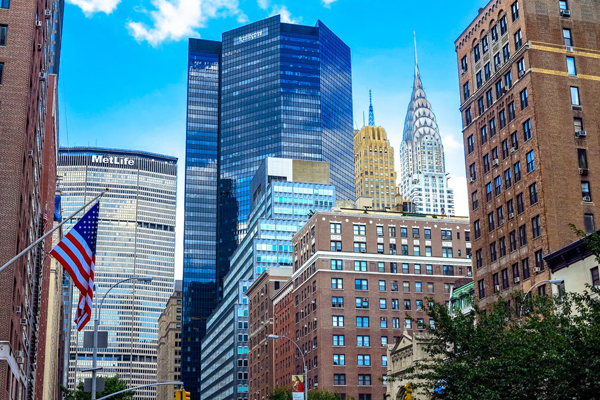 Most people picture college students spending spring break on warm, sandy beaches packed with sunburned students sipping drinks with paper umbrellas poking out. While this may sound like an essential part of the college experience, there are plenty of ways to spend your week off enriching your mind and preparing for the future. For example, while many of my friends were relaxing in the sun with the sound of waves crashing the shore, I spent my week bundled up in bustling New York City, receiving advice for my future career.

As a Journalism major, I continually seek out experience and opportunities to expand my professional network. Last fall I learned about a program my university holds that allows Communication and Liberal Arts students to travel to New York, visit offices in their respective fields, and network with employers who live and work in the city.

Traveling alone to a large city known for crime and “unique” smells definitely made my parents nervous. Sending their youngest daughter to a practically foreign place and on a plane for the first time was difficult for them. However, the trip was a fantastic experience for me to get a better sense of what it’s like to be on my own.

I’m used to walking a lot and figuring out how to make my way through the streets by foot. Despite my phone dying multiple times while I was alone, I never had a problem finding my way back to my hotel. However, taking the subway in New York was tough and a little overwhelming the first couple times. One night I was in such a hurry, I put my MetroCard in my pocket and it flew out when we stepped into the cold windy streets. I also got on a train going the wrong way, traveling four miles past where I needed to be. It wasn’t until I hopped on the subway to go to the airport that I didn’t mess up.

During my office visits, I was able to tour news organizations, including ABC News, Buzzfeed, Now This, and Gizmoto. At each of these organizations, everyone had the same advice: find internships and meet as many people in your industry as possible.

Another thing I learned on this trip: it’s never too early to begin searching for internships and building connections. The majority of students in the group were upperclassmen, and being the youngest student on the trip helped me stand out to employers. While visiting offices and talking with alumni, I was told to never let anyone belittle me or tell me I’m too young or starting too early.

I also had the chance to meet alumni who had moved to New York and gotten jobs in the city. Because many of the students on the trip were interested in moving to New York, we asked them questions about what living in the city was like. One alumni said half-jokingly, “You’re not a true New Yorker unless you’re looking for at least one of three things: a job, an apartment, or a relationship.” Many said to wait until you have a job lined up to move to a new place, while others suggested finding an apartment where you want to move first. However, one universal thing everyone said was it’s important to start networking now, because those connections will be helpful after graduation.

Spring break is really what you make of it. Your university will likely host an event for students to take advantage of, from accelerated study abroad courses to programs to help students network with alumni in their fields of interest (like me). Spring break doesn’t always have to include the typical beach scenario. In fact, doing something different may broaden your horizons and make for an even more memorable experience.

Related: How to Have an Awesome Spring Break…No Matter What You Do

What do you suggest for a productive spring break? Let us know on Twitter @CollegeXpress!

How to Use Keywords to Craft a Better Resume

Caroline Betik is a Journalism student at The University of Texas at Austin. She aspires to have a career as a health and wellness reporter in order to help people live healthy, happy lives when she is out of college. She currently writes for the campus newspaper The Daily Texan and enjoys running, traveling, learning, and writing.