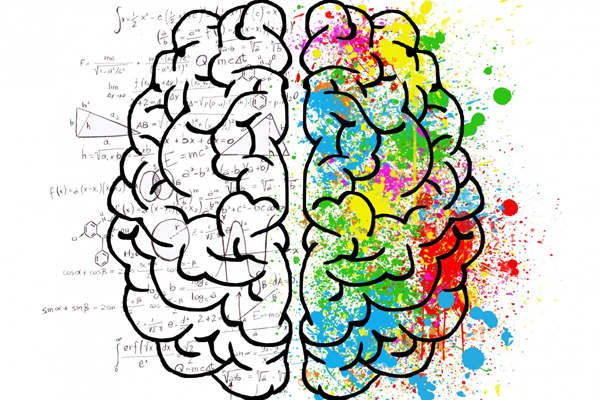 This series of articles is devoted to Myers-Briggs personality types and recommended jobs for each type. Up next: INTP (introversion, intuition, thinking, perception).

To learn more about the Myers-Briggs Type Indicator, click here. And remember: this is just a fun, non-scientific assessment that hopefully gives you some insights about yourself and potential careers you may enjoy. Also, any resemblance to actual persons, living or dead, is purely coincidental.

Also dubbed “scientists” and “architects,” INTPs are thoughtful individuals who enjoy digging deep into a given venture.

As introverts, INTPs prefer to keep to themselves. They like to stay on topic when working and keep away from small talk. This naturally repels them from social careers. They make their words count. Whenever an INTP speaks, listen up.

Committed to intuition and thinking, INTPs are part of the Rational party. They love to brainstorm theories, dive deep into topics, and basically write the definition of “nerd.”

INTPs are the most independent of all Myers-Briggs personality types. Their perceiving trait mixed with being a Rational and an introvert makes them no-nonsense players in the workplace. They often get themselves into trouble by calling out authorities. However, being introverted Rationals, they also have no interest replacing their boss, which means an alternative to self-employment is finding a boss they respect, or at least one who doesn’t drive them insane.

When it comes to careers, every personality type wants to sync their career with themselves. An INTP’s wish list would probably look like this:

Every INTP wants to be a scientist at some point in their lives. For most personality types, it’s a passing phase between astronaut and pirate, but INTPs tend to really put thought into a career as a scientist. It fills the wish list almost completely (because experiments can get monotonous). Also, every INTP has the dream of becoming a mad scientist, so following the career choice of Doctors Victor Frankenstein, Henry Jekyll, and Heinz Doofenshmirtz would keep that dream alive.

Probably the most common career for INTPs is in the computer industry. There’s something alluring to INTPs about those machines. Maybe it’s the amazing processing powers that can solve unfathomable problems or the vast database of knowledge available around the world, but it’s probably just because there’s little human interaction working with computers. They’re often left to do their work, alone, in the peace and serenity of their cubicle—but not always.

Some INTPs want to brave the world outside a cubicle. For those courageous souls, there’s the ultimate career to achieve the American Dream: entrepreneurship. The chance of earning millions is enticing, along with having complete power to run their business their way. As with anything, there are drawbacks, like the possibility of having to move back in with their parents at age 30 because their business failed. But nothing ventured, nothing gained.

Related: 5 Ways to Prepare for Your Life as an Entrepreneur

Not every INTP wants to go to postsecondary school for 10 years to become the next Dr. Moreau or offer their well-being as collateral. Some want a normal job, to be a normal person. This is a small percentage of INTPs, but one still worth addressing. For people who don’t want (or can’t afford) to go to a four-year university, there are still great careers to pursue. The vocational career that best fits INTPs is a mechanic.

At first, mechanics may seem to have simple jobs, but it’s much more romantic than that. They’re the detectives of the car world. They solve the mysteries under the hood. I would argue that a job as a mechanic is intellectually stimulating. I also encourage INTPs (and everyone) to explore trade schools alongside universities.

There are some mysteries in this world. For example, Bigfoot. It’s hard to fathom a creature with bigger feet than Shaquille O’Neal. Another mystery: how, according to Team Technology, counseling is one of the most popular careers for INTPs. It's hard to believe any significant number of INTPs would be drawn to sitting down with people and talking. But if an INTP wants to help people the most, they may (perhaps rightfully) come to the conclusion that the best way to do that is to become a counselor of some sort. They find satisfaction helping people, and that is all they need.

As much as INTPs like helping people, there is a limit. Sometimes helping others achieve their dreams can become a nightmare.

Say you became a successful entrepreneur, capturing the hearts of millions. But some investments went sour. Now you’re famous and broke. You decide you could always do motivational speaking. How hard could it be?

But you quickly realize your mistake. Motivational speakers have to stand in front of people, make facial expressions, and talk about themselves. Ironically, you attend a motivational speech just to make it through the rest of your tour…wishing you had planned out your own career just a little better.

What do you think of these choices? Let us know in the comments! And look out for the next installment: top careers for ISTP personality types.

My Internship Experience in a Japanese Hotel