Why Do Students Fail to Get Free Money for College?

by Jonathan Pagano
Advisor, Where to Find Money for College 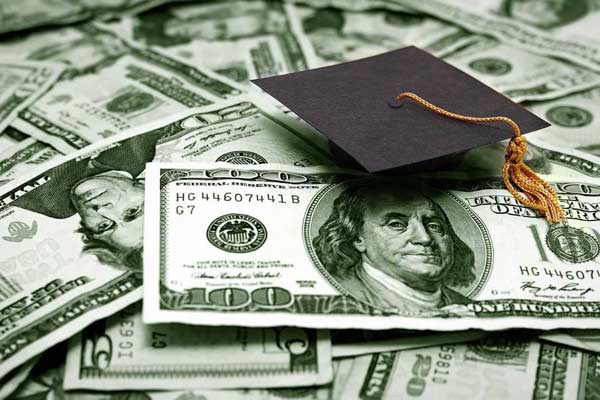 I had one burning question on my mind that needed to be answered. It’s probably the very same question you ask yourself over and over.

Why do students fail to get free money for college?

So I went to the source. I went to the people on the front lines. I wanted to know from those who deal with this issue every single day. I reached out to high school guidance counselors! They are the unsung heroes, and their answers were eye opening, to say the least.

The importance of taking initiative

The very first response was like a gut punch. Jim Mahan from Page High School in Franklin, Tennesse, said, “The mistake is being lazy.” If that wasn’t enough, the harsh reality continued with this: “They depend on mom and dad to foot the bill.”

The next response hit my inbox and I braced for it this time.

“They don’t meet deadlines. They don’t research for scholarships soon enough. They are unwilling to complete required paperwork for some scholarships. They overlook something in the application instructions and it’s submitted incomplete.”

“They apply to the wrong schools. If students are really concerned about scholarship money, they should apply to schools where they will be in the top tier of students applying to the school,” said Angela Sawyers from Franklin High School in Franklin, Tennessee.

That last comment is the kernel of truth, the golden nugget, nirvana. It’s the essence of why students are not getting all the college money they possibly can. It’s so important I recommend you read it over several times.

I was then fortunate enough to have one of the guidance counselors attend a monthly workshop I host titled “How to Get Thousands of Dollars for College.”

Leticia Varela also from Franklin High School, said, “I have been doing this for over 18 years, and many times, I see that students are actually not the ones taking an active role. Many times, the parents are the ones doing the legwork and are having to pay the bill for college. Although we, as parents, need to be involved, the student has to be very, very involved.”

So far this was great information. I was pinpointing the problem. I felt like an insider, getting the scoop first hand. But I wanted to know more so I continued to ask, and because guidance counselors are givers they gave more—more insight and more actionable knowledge.

Apply on time and do your research

Dan Winfree of Franklin High School said, “Missing deadlines is the top reason, and that’s because they start too late. It would be nice to have a place where students could go and get deadlines for each school. Students also don’t select enough colleges. They focus on one college choice and decide more options are needed far too late in the process.”

More gold! Tiffany Littlejohn from Maplewood High School in Nashville confirmed Dan’s input when she told me that “students are mostly focused on one or two college choices.”

Meri Kock from Hillsboro High School in Nashville also gave Dan Winfree’s opinion support by reinforcing the missed deadlines theme when she said, “Not meeting a university’s deadline for applying for scholarships.”

But she threw in another twist in this college money tale.

“In my opinion, the reason students don’t get money for college in the amount they could include failure to complete the FAFSA in a timely manner.”

Now this one I knew. Aid is first come, first served, so the later you complete the FAFSA, the more likely it will be that the aid will have been awarded already. OK, but then she threw this one in, and for me it was another surprise.

“Not applying for the scholarships they qualify for.”

Really? Let me get this straight: they qualify for aid but don’t apply? Why is that? How is that even possible?

Not only is it possible, but it’s common. It’s common for the very reason that Joy Guss from MLK Magnet in Nashville shared.

Kristen Cantrell from La Vergne High School in La Vergne, Tennessee, rounded it out by saying, “They do not take advantage of asking the place where they are going to college. They do not call college financial aid/scholarship departments to ask about specific college aid.”

Create a financial aid plan and stick to it

At this point I was a bit overwhelmed. I could see the problem much more clearly. I knew that in order to get the most money for college, a plan is needed. Too many mistakes are made that cost money. Too much money is at stake! The takeaway is that you must develop a plan, work the plan, and stick to the plan. Be persistent and pay attention to detail!

A special thank you goes out to all the guidance counselors that were kind enough to share their thoughts. Their insight is extremely valuable. They painted a clear picture of why college bound students are not getting as much free money for college as possible.

Tell me which guidance counselor comment inspired you the most in the comments section below. For me, finding out that students don’t apply for scholarships they are already eligible for was somewhat shocking.

Thanks to John Pagano of Where to Find Money for College for sharing his findings, which can also be found on his blog.

8 Ways to Pay Off Student Loans Faster and Save Money

Jonathan Pagano launched Where to Find Money for College in an effort to help students and their parents figure out how to get as much financial assistance as possible for their education. You can follow him on Twitter and Facebook.