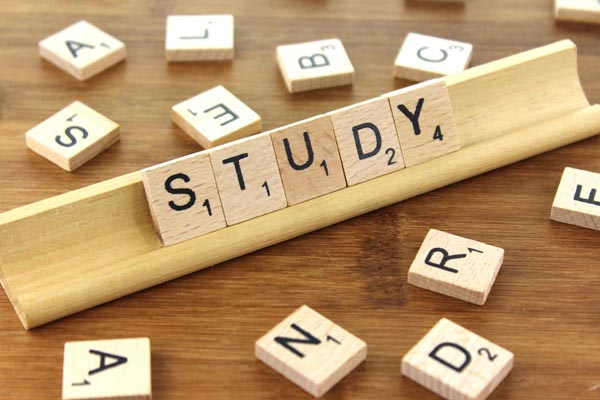 You probably had to change your high school study habits a little to succeed in college. Well, the transition from undergraduate to graduate studies requires a retooling of your study strategy as well.

Here are five habits that might have worked in college but probably won’t fly in grad school.

All day (or night) study parties

You might have been in the library, student center, quad, or your dorm room, but your seemingly endless study sessions probably also involved some socializing as well. Even if you weren’t actively reviewing physics equations with your classmates, sometimes just the quiet proximity of your friends clicking away on their own keyboards to finish a paper was solidarity enough. But studying in grad school is a whole different beast. It’s quite possible you’ll be the only one of your friends in school at a given time, so you’ll be flying solo a lot more often. Plus, gone are the days of 10-hour stretches where your marathon school work sessions were interrupted only for caffeine and pizza. It’s more likely that you’ll be trying to squeeze in 30 minutes of school work on your train commute or during a lunch break.

Expecting grades to be based on tests or papers alone

Speaking of studying . . . it’s possible that you might not “study” at all in grad school. Now, before you get overly excited, this doesn’t mean there isn’t a lot of work to be done. There is, believe me. It’s just that graduate programs tend to focus on your application of the concepts you’re learning. You’ll probably be doing a lot less test taking and paper writing and a lot more doing—which is more fun and engaging overall but can be tougher too.

You’re not going to be able to wait until the night an assignment is due to start working on it, partly because of the aforementioned reasons. Life simply doesn’t allow for much procrastination in grad school. You’re going to have a lot of responsibilities outside of class that require your time and attention. While it’s tempting to push school work off until it has reached emergency status, it’s also likely that something else in your life is going to reach “emergency status” first, thereby trumping your assignments. So set yourself up for success but coming up with a long-range game plan that includes mini deadlines for each project—and stick to them.

Just like in college, there’s always going to be fun to be had somewhere else that doesn’t involve school work. But to be successful in grad school, you have to exercise a lot of self-discipline. And that might mean saying no to invites more often than you want. Just remember that school will be over eventually and the opportunities that come along after will be worth all of your hard work.

The bottom line is this: as an undergraduate, you were probably focused only (or mostly) on school. Everything else revolved around your paper deadlines and test schedules. Even if you’re a full-time grad student, that singular focus is basically gone. When you’re trying to manage school and work and family, it can be really hard to balance priorities. Staying on top of school work, projects, and deadlines is essential for grad school success.

Grad Student? 5 Tips to Make Your Resume Stand Out Among the Competition

Danielle Dulchinos is an editor and freelance writer based in the Greater Boston area.