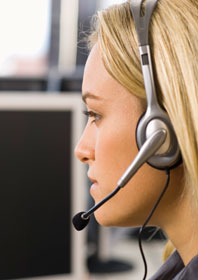 The things we read, watch, and listen to don’t just come out of the ether. And if you’re passionate about any of these mediums—or just conveying a message with creativity and conviction—you may find your niche in marketing and/or communications.

Advertising is a specialty within the area of business. It examines the techniques used to communicate a message, whether in print or through the audio/visual media, attempting to persuade readers, viewers, or listeners to take some kind of action or change their life, such as to buy a product or support a cause or candidate.

Undergraduate programs in advertising include courses such as consumer behavior (exploring factors or conditions which lead people to buy), market research (gathering information needed to know sales potential of a product), principles of advertising, and sales management. Core courses in business organization, finance, and accounting will also be included. Students can expect many advertising courses to be largely project-based and require significant amounts of group work. Classes include introduction to psychology, statistics in business, operations research, algebra and calculus in business, advertising, information studies, graphic arts, communications law.

“Communications” is a broad term for a major that studies how information and ideas are exchanged in modern society. Programs in this area also may be titled “Communication Arts,” “Communications and Media,” or “Communications Studies.” This major provides a comprehensive background in writing and speaking techniques, familiarity with the workings of the mass media, and the skills for utilizing the media to deliver the intended message. There are many directions in which a communications major can head after college. Perhaps this is why it is one of the more popular college majors.

Journalism is a specialty in the communications field concerned with printed media such as newspapers and magazines and broadcast media such as television and radio. Relatively few colleges offer a true major at the undergraduate level; those that do are often able to provide internship experiences working with local news publications to enhance the employability of students. There are a number of graduate programs in journalism, usually of short duration, that students may want to consider after undergraduate studies to improve their job prospects. Journalism is a demanding and competitive profession.

The plan of study begins with the study of every aspect of the business environment. Other topics of study include accounting, finance, management (with special emphasis on sales and promotion), consumer buying habits and motivators, sales techniques, and analysis of distribution. Classes include introduction to management, microeconomics, business law, marketing, sales management, consumer habits, psychology, distribution systems, co-op or internship work experience.

The making of films, videotapes, computer-generated images, and other forms of communication are included in media studies. Also known as “communication media,” this study may be offered within a communications department or applied arts area. Students learn to understand the meaning and power of words and images through an interdisciplinary approach that links the various media to each other and places them in social and historical context. The emphasis may also include actual media production for use in television, cinema, broadcasting, and advertising.

The plan of study includes both theoretical and practical courses combing the purposes of media with knowledge of how to communicate a message to an audience. At some colleges, students can pursue either a B.A. or a B.F.A. and this will determine the student’s specific program. Hands-on experience in the production of various media forms and training in the use of equipment leading to the completion of actuarial projects requires a great deal of time, effort, and imagination on the part of the student. Classes include beginning filmmaking, introduction to digital arts, documentary basics, urban media, cultural impact of media, electronic image analysis, history of film and media, journalism.

This communications specialty involves the organization, creation, and production of programs through the electronic media. The radio and television major prepares students for a variety of careers in corporate video, local radio and television, cable television, and newer technologies. R-TV majors concentrate on writing, studio and field production, and management. This is generally a hands-on major in which the student is exposed to the theoretical aspects of radio/television work and then becomes directly involved in actual production. Colleges offering this program as a true major are equipped with state-of-the-art technology to conduct instruction. Participation in campus radio or television station operations is often required, either as an on-air performer, studio technician, or both. Internships with nearby radio or television stations may be available.

The plan of study incorporates liberal arts courses and introductory communications courses at the outset. During the junior year, time is often spent in a laboratory environment, learning about the techniques for operating a radio or television station and producing short pieces or documentaries. Students take more and more specialized courses as the major progresses. Ideally, they coordinate extern or co-op opportunities with their field of interest. Classes include communications, electronic media programming, communications law and ethics, television documentary, social aspects of electronic media, techniques of radio/television production, public speaking, broadcasting methods; broadcasting public affairs.