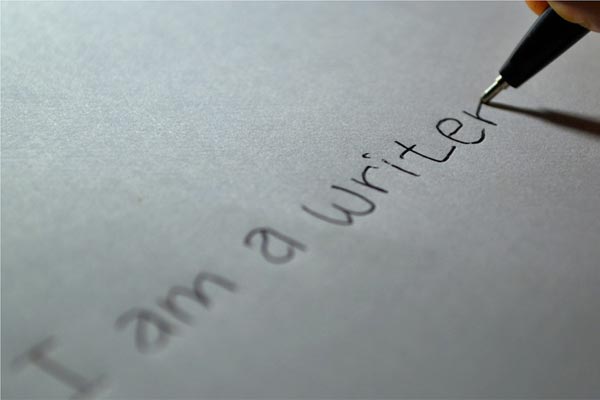 “My aim is to put down on paper what I see and what I feel in the best and simplest way.” So said Hemingway, and so you may feel as well. When you have a passion for writing, you need to commit your thoughts to paper... Okay, maybe that's a little melodramatic. But, hey, writers gotta write! And given the popularity of English majors, there's no shortage of writers in the world—or jobs for English majors and writers, for that matter. So if you're interested in earning your degree in English, writing, and/or literature, keep reading. (And we know you love to read!) In fact, you might be surprised by how many jobs you can get with an English major...

PS When you're ready to search for colleges that fit you (including those with English, literature, writing, and related majors), go here.

Classics is an interdisciplinary major that includes the study of the language, literature, and philosophy of early Greek and Roman civilizations. Course work in this degree entails extensive reading of the early historians, essayists, and playwrights of both nations, often in the original language. A thorough grounding in the ancient history of the two civilizations is essential in this degree program, as is proficiency, if not fluency, in Greek, Latin, or both.

College classics programs typically include the study of the language, literature, history, and culture of ancient Greece and Rome. A strong liberal arts program is an essential part of the classic major’s plan of study, including extensive work in language and history. Some students also develop an interest in the archaeology of these two civilizations. Classes include Latin and Greek language, literature, and history courses; Roman civilization; Greek civilization; Cicero; Horace; Virgil; and women of Greece and Rome.

Comparative literature encourages students to study the written works of more than one nation and language. Its goals are to analyze world literature from early times to contemporary work and to appreciate its development over the centuries. Facility in more than one language is essential for this major. A pure major in comparative literature is difficult to find at the undergraduate level; more likely, it is a minor concentration within a program of humanities or letters.

This degree program begins with a liberal arts core curriculum at the lower-division level, supplemented by college electives. Since this major demands extensive reading of works in original languages, students need fluency in at least one language and should begin foreign language study early in the college career. Student should also come to college having studied at least one foreign language at an advanced level. Advanced work focuses on analytical and critical thinking skills, as readings are frequently selected thematically and works from different cultures and historic periods are compared. Classes may also include Renaissance literature, international literature, and short fiction studies.

English is the intensive study of the literary arts of the English-speaking peoples and of other world literatures translated into English. Most degrees in English rely heavily on reading and writing: the reading concerns authors and their contributions to the language from its beginnings to the present day; the writing focus includes development of the student’s own abilities in areas such as writing poetry, prose, fiction, nonfiction, journalism, and/or technical writing. Contrary to popular belief, English majors are suited for a wide range of jobs—and there are myriad jobs available to them, from academia to publishing to marketing and communications.

The largest body of literature written in a modern language, English literature has developed over 15 centuries from the Anglo-Saxon period to the present. At the undergraduate level, this major includes in-depth and wide-ranging exposure to literature from both British and American contributors. The degree program requires extensive reading of the greatest contributions, as well as a familiarity with the works of lesser-known authors, including poets, essayists, playwrights, novelists, and historians.

Adapted from Major Decisions: A Guide to College Majors, by Terry Ward. Used with permission from Wintergreen Orchard House, 2012. For the full breakdown of these majors, check out the book, available in paperback and for the Kindle!