Drop the Beat: Should You Listen to Classical or Pop Music When You Study? 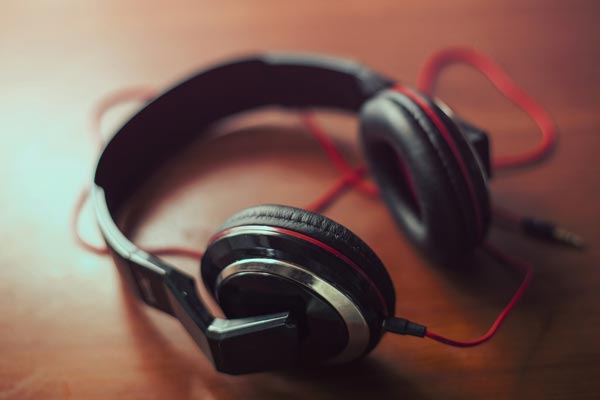 Anytime you walk into a school library, you’re sure to see countless students with their noses buried in textbooks, some intensely cramming for tests, some more relaxed. But practically all share one thing in common: earphones, because, of course, they are listening to music.

Now, you have to wonder, “Does listening to music actually help us study?” Are all those students aware of the effects of music on learning, or are they just secretly jamming out in a library? And what should they be listening to anyway?

Dive into classics: the Mozart Effect

The widely accepted belief that music helps students perform better academically is known as the “Mozart Effect.” This famous phrase was coined by a French researcher named Alfred A. Tomatis in 1991, in his book Pourquoi Mozart. After only seven years, it received considerable support in the United States with the publication of Don Campbell’s The Mozart Effect.

So how does music aid us in our studies? According to Dr. Campbell, music “raises performance levels and productivity by reducing stress and tension, masking irritating sounds, and contributing to a sense of privacy.” Listening to music puts your mind at ease and allows you to relax in your own private thought bubble. Pleasant tunes will mute out the background noises and create a serene, undisturbed learning environment—ah, so peaceful. You will want to study in an environment like that.

But why is such a wonderful phenomenon called “the Mozart Effect”? Why not Beethoven, Bach, or Chopin? The initial theory was that only certain Mozart sonatas can produce the desired effect, that Mozart’s compositions are somehow special. Further research, however, refuted the original claim. As a matter of fact, acclaimed Bulgarian psychologist Dr. Georgi Lozanov discovered that the Mozart Effect actually works particularly well with Baroque pieces. Even though Mozart lived during the Classical era, not Baroque. Oh, the irony!

The phenomenon may not be entirely true to its name, but its wondrous results remain much the same. After evaluating thousands of students over several years, the Center for New Discoveries in Learning concluded that slow-tempo Baroque pieces allow students to feel calmer, study longer, and retain more of their learning material.

But there is a catch! Make sure to stay away from dynamic orchestral pieces, as recommended by KUSC producer Alan Chapman. Those can become too engaging and, thus, distracting.

Pop your preference? Resist the urge

Maybe eight-minute-long, soporific orchestral pieces are not exactly your jam. (Give it up for music puns!) Like so many, you might be more a fan of modern lyrical music, such as rock, rap, reggae, country, or pop. Unfortunately, songs with lyrics are a risky choice when you are trying to concentrate and study. Surely there have been times when you turned up your favorite Hozier song, thinking that it will help you focus, but instead, you ended up having a sing-along concert by yourself. The urge is almost unstoppable.

“Music with lyrics is very likely to have a problematic effect when you’re writing or reading,” warned Clifford Nass, a professor at Stanford University. Listening to songs while reading would be like trying to decipher two people talking at once. What you see differs from what you hear, so the thoughts in your mind get easily jumbled up.

Music itself can help boost your concentration, but the words can challenge multitasking abilities and frustrate your attempts to focus.

Related: Study Playlists for All Your Classes

If you absolutely cannot bear the thought of abandoning popular music while doing your homework, don’t worry. For Ed Sheeran and Taylor Swift fans out there, hope still exists.

In her article “Music Helps You Focus on Your Own Thoughts, but Only If You Like It,” Rachel Feltman points out that listening to preferred genre of music can increase concentration better than disliked classical selections can. Simply put, One Direction songs can produce the same Mozart Effect as Mozart compositions!

A study conducted by R.W. Wilkins and other experts shows the neurological process that takes place. The default mode network (DMN) provides connection among different regions of the brain that enables you to focus inward. When the DMN is active, your surroundings fade out, and you become completely submersed in your inner thoughts. Internal stimuli, such as memory and imagination, begin to take over. Now the argument is that the DMN lights up only when you listen to music that you actually like. Even classical music cannot elicit this reaction if you do not like the piece.

This claim is not yet fully corroborated, but it does give you an excuse to continue listening to The Weekend as you pore over your chemistry notes. So whatever music you prefer, go ahead and listen to it when you study. Classical or pop, who cares? As long as you enjoy it, all music is good music.