6 Surprising Myths About Succeeding in School 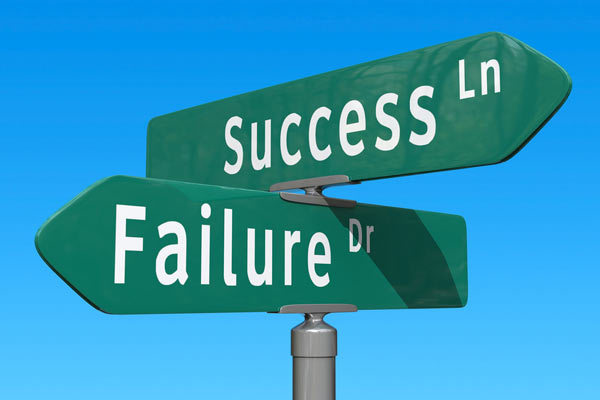 If you’re in high school or college, chances are you’ve got some pretty entrenched study habits. Maybe they’re things your parents or teachers told you, maybe you picked them up from other students, maybe you just grew into them. But have you ever wondered if there was a better way? Many commonly held beliefs about learning and success have been dispelled by recent research, but much of it has failed to make a dent in students’ everyday lives. Here are six surprising myths that may forever change the way you study.

Myth #1: You should have a designated area for studying.
Reality: A change of scenery stimulates the mind.

When you have a test to study for, do you lock yourself in your room for hours? Spend so much time in the library that they start charging you rent? While you may think that staying in a single location helps you focus, you're actually better off switching up where you study. In an experiment led by cognitive psychologist Robert Bjork, college students who reviewed vocabulary in two different rooms recalled 20% more words than a group studying the same list in a single location. "What we think is happening here," says Dr. Bjork, “is that, when the outside context is varied, the information is enriched, and this slows down forgetting." So instead of staking out one study spot, opt for the life of a wandering scholar. Alternate between your room, the library, an empty classroom, a park, and so on—as long as it’s a place without too many distractions!

Myth #2: Surfing the Web for cute kitties is bad for your grades.
Reality: Cuteness can help you concentrate (up to a point).

You may think you're just wasting time when you watch a video of a panda cub sneezing, otters holding hands, or cats having a conversation. But according to a 2012 Japanese study, looking at cute things—in particular, baby animals—actually improves fine motor skills and "perceptual carefulness." Researchers think that exposure to images of adorable, helpless little creatures naturally makes people more attentive and focused, which is a good thing when you're sitting down to study. So go ahead and visit your squeal-inducing website of choice before cracking open your textbook. Just beware of getting sucked into the black hole of online cuteness; a few heart-melting images are all you need.

Myth #3: Studying should be done in silence.
Reality: Reading out loud can jumpstart your memory.

In a 2010 study by the University of Waterloo in Ontario, researchers found that when it comes to studying, silence isn't golden. According to the experiment, people who read half a list of words silently and said the other half out loud recalled the spoken words 12%–20% better than those read silently. However, subjects who vocalized the entire list remembered them no better than a group who reviewed the words without a peep. It seems that reading out loud gives your brain a boost only when it’s a distinctive event, not when you do it all the time. So save your breath for the stuff you really want to stick in your brain, things like important formulas, key terms, main ideas, and so on. And if you’re studying in public and don’t want to alarm the people around you, mouthing the words to yourself will work just as well.

Myth #4: The more you multitask, the better you get at it.
Reality: People who are chronic media multitaskers actually have lower levels of concentration than those who aren’t.

You see them in schools around the country: students checking e-mail and Facebook on their laptops and sending texts on their iPhones, all while ostensibly paying attention in class. Perhaps these students, having been raised in a world of portable electronic devices and endless streams of data, are multitasking wunderkinds. Not so, according to a 2009 Stanford University study. As the experiments show, subjects who were heavy media multitaskers were worse at filtering out distractions, organizing and storing information, and switching from one task to another than those who were not. “They’re suckers for irrelevancy,” says Professor Clifford Nass. “Everything distracts them.” So whether you’re in class or studying, limit the temptations of technology by closing distracting websites, turning off your phone, disabling your WiFi, or even installing apps that will block your access to the Web.

Myth #5: For best results when studying, read the material over and over again until you know it cold.
Reality: Testing yourself is more effective than reading and re-reading.

A lot of students think the best way to study is to read their textbook and notes as many times as possible before the exam. But the truth is, you’ll learn the material much faster—and retain it longer—if you engage in a little Q&A. In a 2006 study by Washington University in St. Louis, students who were tested on a reading passage remembered over 60% of it one week later, while those who read it several times without being tested recalled only 40%. Similarly, researchers Mary Pyc and Katherine Rawson showed that students who actively recalled the meaning of foreign vocabulary words retained them better than those who merely studied them repeatedly. To get the most out of your study time, think of questions to ask yourself during your first read-through, and write down the answers when you’re done. Have a friend quiz you on the material, and make use of the problem sets at the end of chapters.

Myth #6: You have to be a perfectionist to be a top student.
Reality: Perfectionism can hold you back from academic success.

You may think top students are relentless perfectionists who would never accept anything less than an A, but in reality, accepting failure is an important part of the learning process. In a 1998 study, researchers Claudia Mueller and Carol Dweck showed how fifth-graders learned more and did better on tests when they felt it was okay to make mistakes. Similarly, in a 2012 French experiment, students who were told that experiencing difficulty is a normal part of learning demonstrated higher working memory capacity than those who didn't receive this pep talk. According to one of the researchers, Frederique Autin, "By being obsessed with success, students are afraid to fail, so they are reluctant to take difficult steps to master new material. Acknowledging that difficulty is a crucial part of learning could stop a vicious circle in which difficulty creates feelings of incompetence that in turn disrupts learning." To embrace your full academic potential, don't be afraid of failure. Instead, view your mistakes as a learning opportunity, take classes outside of your comfort zone, and remember that learning is hard—but totally worth it.