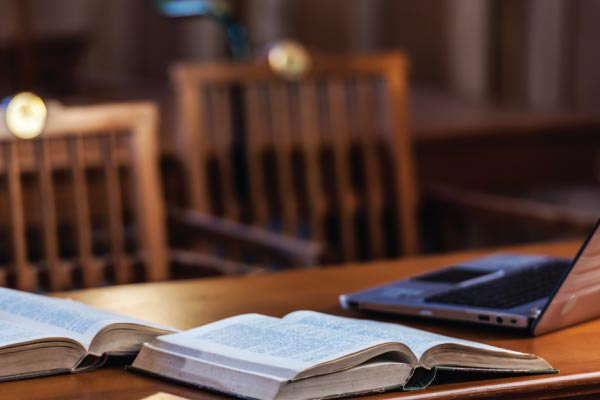 How I Chose My College Major

Every student chooses their college major a little differently--and that's okay. Here's how one young woman decided to major in Chemistry and Forensic Science.

Every student chooses their college major a little differently—and that’s okay. Here’s how one young woman decided to major in Chemistry and Forensic Science.

But these three subjects did have one important thing in common: at the time, they were the school subjects I truly enjoyed the most. My point here is that people change and their interests change too, sometimes quite dramatically. And that’s okay.

I first started the college search looking for acting schools, then music schools, and finally chemistry and forensic sciences. Maybe I’ll change my mind about my major again in the future. But I’ve been considering this decision for years, and I’ve chosen a major I’m happy with (at least right now).

Choosing a college major is a big task. It should be carefully thought out, not a spur-of-the-moment decision. Even though your college major isn’t a contract, it can have a ripple effect on the rest of your life and should be taken seriously.

Beyond your academic interests, natural aptitude plays a big part in picking your major. In fact, in my experience, people often advise you to stick with what you’re good at. If you’re a talented mathematician, your parents might push you to go to college for that. If you’re a good soccer player, you’re encouraged to stick with it. All in all, it’s not bad to pursue an area you have natural ability in, but talent shouldn’t be a deal breaker when picking a major. It doesn’t even need to be your main motivation!

Take my own father, for example. He was a National Merit Scholar and top of his graduating class. He wanted to become a lawyer but was told by school counselors that he should attend an engineering school before applying to law school. He listened to that advice and discovered that he made a pretty good engineer, so he stuck with that. He has been an electrical engineer for 30 years now, but he tells me that he regrets his choice to drop out of his path to law school. A choice he’s lived with for more than half his life.

The purpose here is to illustrate how picking a college major depends on a few important factors, and the most important one is the direction you want your life to take. In the end, a college degree is a tool to getting a career you really want. You can pursue many different careers with any given major, but life is too short to waste doing something you don’t even want to do. Find something you can enjoy doing for 30 years and whatever happens, happens.

How did you end up choosing your college major? Tell us your story in the comments, or get in touch with us.

CollegeXpress has helped me find so many scholarships that fit me. They match me to colleges I have specific interest in to make searching for colleges way easier and more efficient. CollegeXpress refers me to schools that have my major of interest and backup schools if I want to change my mind. CollegeXpress also gives out their own scholarships, so you have even more of a chance at gaining multiple scholarships. This website has helped me de-stress from the pressure of not being able to afford college, [of finding] what schools are right for me, and how to find easy access to scholarships that most people never knew existed.

CollegeXpress has helped me find scholarships to apply for and look into more colleges. While there are many websites similar to CollegeXpress, every website is different, and I've found a lot of good insight on this website. Receiving emails from CollegeXpress about scholarships is extremely useful, and getting insight about colleges near, far, and anywhere in between helps me narrow down my choices to what I want, which is also super helpful. The articles are always really good reads, and I can't stress enough how helpful this website has been to me. Anything related to college is beneficial to me as a senior, and I have learned lots of useful things to help me on my college journey this year.