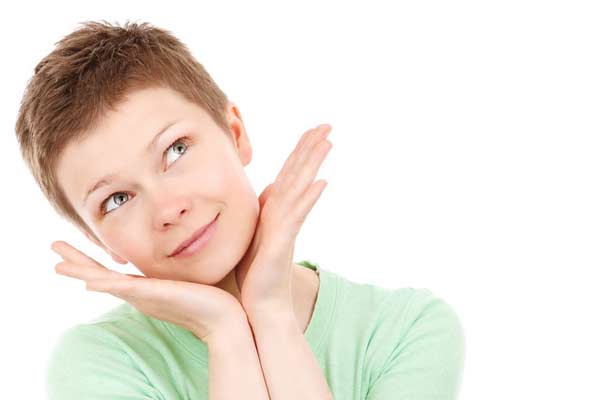 Why I Decided to Change My Major. Again.

Ramya is changing her major again, y'all. It's the right decision for her...and when you read her story, you'll understand.

Ramya is changing her major again, y’all. It’s the right decision for her—and when you read her story, you’ll understand.

If you’ve read any of my previous articles, you’ll know that I struggled a bit with choosing my college major. I came to Johns Hopkins as an International Studies major but decided that I really wanted to try something new. So, during my freshman spring, I took the introductory course for the Computer Science major, Introductory Programming in Java, and I loved it. When I compared how great I felt about Java with how indifferent I was about my Comparative Politics class, the choice seemed clear. The very next day, I went down to Hopkins Advising and changed my major to Computer Science.

My parents were shocked. I had always been the “humanities kid,” the politics geek who loved to write, the kid who excelled in English and struggled with physics. My change in major came from left field. Of course, even though they vehemently deny it, I’m pretty sure a part of them was also happy that I was changing my major to a “safer” choice. And I’ll admit it—I was happy too. I thought I wouldn’t have to worry about getting a job after graduation. CS jobs were plentiful, and I felt sure that I could land something and work for a couple of years before heading to law school.

Then fall of sophomore year rolled around, and I registered for Intermediate Programming, Automata and Computer Theory, Introduction to Computing, Arabic, and The Arab-Israeli Conflict. I was filled with high hopes, sure I would love the amount of coding I was in for. For the first five or six weeks, I was comfortable in my new classes. The concepts weren’t too bad, the projects were pretty hands-on, and I began to get more comfortable with coding.

About halfway through the semester, things started to change. Taking three programming classes at one time was overwhelming—even more so when you consider that they covered five different languages, with homework in each one. Furthermore, I slowly began to realize that while I was capable of completing the courses and doing well, coding had become a major source of stress. Tackling project after project, week after week, left me exhausted and less and less enthusiastic for the new assignments. I would sit at the kitchen table in my apartment and stare at lines of code, and with each passing week came a growing distaste for anything to do with programming.

Related: How to Change Your College Major

But it wasn’t just the stress and workload that was causing my dislike of my major. It was also a growing awareness that I simply wasn’t as passionate about coding as a lot of my peers. I had chosen to take Intermediate Programming with three of my friends, all of whom were Computer Science majors. While I looked at the assignments with an increasing sense of boredom and dread, while I stressed myself out and unwillingly pulled all-nighters, they worked at the code with a sense of enjoyment. They liked what they were doing. They found it interesting. And I slowly realized that while I enjoyed coding, I only really enjoyed it when it was easy, and I really wasn’t passionate about it at all.

My friends would sit around our library table and discuss the possible internships they could land for the summer: tech companies in Chicago, New York, Silicon Valley. They would talk about the mini-projects they were submitting for interviews, how cool the companies’ projects were, and how much they were looking forward to getting some real hands-on programming experience. Not me.

Instead, I was eagerly looking for internships at political think tanks in Washington, DC, for jobs on political campaigns or in congressional offices or judicial chambers. I knew I should look for programming internships, so would force myself to switch back to search results for computer science internships in Atlanta, Baltimore, and New York. I would try to ignore my growing state of discontent, the gut feeling that I simply wasn’t on the right track.

After a particularly grueling weekend of coding, a friend said something that really stuck with me. He is a double major in Neuroscience and Saxophone Performance, and he’s involved in so many clubs that I always feel a little guilty complaining about my workload. I was incredulously asking how he managed his commitments and grades, and he said, “I love everything that I’m studying. I love everything that I do.” The statement was so sincere that I had to look away. In that moment, I realized that I didn’t love everything that I was studying—in fact, I loved exactly none of it. The only classes I was truly enjoying were The Arab-Israeli Conflict and Arabic, neither of which had anything to do with computer science. I wanted to feel the way my friend did—I wanted to truly enjoy my classes. I wanted to be interested in my homework. I wanted to be excited to learn more about the subjects I was taking.

So that night, I sat on the floor of my room to do some serious soul-searching. I thought about my reasons for choosing a Computer Science major and realized that a lot of my motivation for studying computer science was a vague idea that this major would get me a job. It was fun in the beginning, but it was also a safety net, a Plan B in the event that I couldn’t go to law school. Whether or not I would enjoy a full-time job as a programmer was something I hadn’t really considered. As I thought about it more, I realized that sitting behind a computer screen all day also didn’t fit my personality or strengths. I’m a public speaker, a performer. I love to read and write. The major just wasn’t a good fit for me, and it felt fundamentally wrong to continue studying a subject I had little interest in for the sake of landing a hypothetical job.

After a long while, and after many (sometimes-tearful) conversations with my parents, I decided to switch my major back to International Studies.

I often tell this story when I give my weekly campus tours for the Office of Undergraduate Admissions, and I get a lot of very surprised looks—particularly from the parents. Many of them openly wonder why I would switch from Computer Science to a humanities major. It’s a simple answer, really. Yes, computer science is probably the major that would make me more money, and yes, it’s important to be proactive about your future and hedge your bets, but that isn’t all that matters.

When your major isn't right—whether you're overwhelmed by stress or just bored—it becomes impossible to put forth the effort you need to succeed, not just as a college student but as a professional out in the real world. You burn out more easily, you lose focus, and you quickly lose sight of who you are. Eventually, it’s not just your grades that suffer; it’s also your mental health and your self-esteem. Every problem begins to feel insurmountable. Every week brings a nervous breakdown. When it reaches that point, choosing the “safe” major isn’t actually safe at all. And it just isn’t worth it.

I guess time will tell where my “new” major will take me. Switching back to International Studies could make my postgrad job search tougher. Or I could find my dream job in DC. Or I could find a job a love that’s totally unrelated!

My mental health and quality of life is worth more to me than studying something I’m not passionate about for the sole purpose of landing a job. It’s not a decision that works for everyone, but it’s certainly one that works for me. Here’s to five more semesters of passion, dedication, and mind-blowing academics. See you on the other side.

Did you—or do you want to—change your major? Maybe even change it for the second (or third) time? Tell us your story in the comments.

Ramya Prabhakar is a student at Johns Hopkins University. When she is not writing, she enjoys singing, coffee, laughing, and doing things she’s not good at, like bowling or laser tag.

The college lists on CollegeXpress are indispensable for sussing out creative additions to a student’s list, and the college-specific pages provide terrific commentary and suggestions for related schools. CollegeXpress is among the most trusted sources I use for information for my students.

My high school counselor introduced me to CollegeXpress freshman year. It has made such a difference in high school, and I plan to continue relying on it in college. CollegeXpress is my go-to because it addresses each aspect of being a student. There are the articles you’d expect regarding college applications and financial aid, but you will also find advice on things like de-stressing and maintaining relationships while balancing a heavy course load. CollegeXpress will also keep you updated on current scholarships through e-mails each Saturday. (They don’t harass you with any product promotion like so many other sites do.) CollegeXpress is a lot like an older sibling who has already conquered the challenges you are facing. Now, they are reaching out a helpful hand. I say take it.