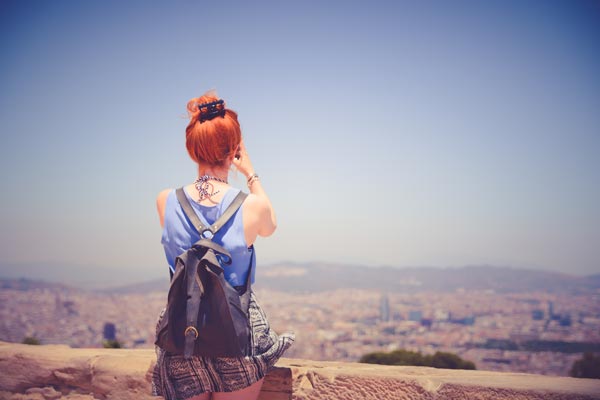 To Drink or Not to Drink at College: My Story

What do you do when your freshman year social life doesn't go as planned? You find your own way, just like this college student.

What do you do when your freshman year social life doesn’t go as planned? You find your own way, just like this college student.

As I packed my bags for my first semester of college, I was overwhelmed with emotions. I was excited to meet new people—but also terrified I wouldn’t fit in.

Before I knew it, freshman move-in day arrived, and I couldn’t wait to finally meet my floor mates. As I expected, my floor decided to go out on the first night. Oh, just in case you’re unfamiliar with “going out,” that means going out and drinking.

I wanted to socialize and befriend these people, and going out with them seemed like the only way how. So I joined them on the adventure to frat row, which included pre-gaming at my dorm.

By the time we reached the frat, I definitely felt the alcohol kick in. There I was, in a place I’d never been, surrounded by people I didn’t know, and my closest “friends” I’d known for maybe four hours. In short, it was terrifying.

Fast-forward to the next weekend. I decided to go out with my floor again, but I did not drink beforehand. When we got into the frat house, I saw a guy pulling a girl into a room. She started to fight back but was clearly too intoxicated to really defend herself. People around them started to egg him on to take her into her room or fight. I ended up grabbing the girl away from him and walking her home.

That night really opened my eyes, because that girl easily could have been me or one of my new friends. Between that incident and the way I was already feeling about going out drinking, I decided to skip the parties the next weekend…and ultimately the rest after that.

It wasn’t easy the first few weeks of college when I heard my dorm neighbors pre-gaming and having fun and I was alone in my bed watching Netflix, but I knew I made the right decision for me. Ditching these parties led to losing some friends. But I realized, even if it took me a little while, that there was no point in having "friends" who didn't respect me or have enough fun around me while I was just being my sober self.

I go to a university with over 20,000 people, so why was I trying so hard to fit in when there are plenty of other people to meet? My second semester of freshman year, I actually ended up joining a fraternity (I know, a non-drinker joining a fraternity…what?!). It was a gender-inclusive fraternity that was based on scholarship, leadership, and fellowship. I found that I was able to be 100% myself around my brothers, and I felt like a huge weight had been lifted off my shoulders. I didn't have to pretend to be someone I'm not.

Once I realized I wasn’t being myself and changed that, college became much less stressful. Plus, choosing not to drink was not only beneficial to my social life and health but also to my education. I found I was able to accomplish much more school work during the weekends because I wasn’t fighting a hangover.

I can't stress this enough to any incoming college freshmen: there's no point in trying to change yourself to fit in with people in college. You'll find people you can be your crazy, wild self around—no matter what.

Hannah found the right college social scene for her. But maybe it’s not what you would’ve chosen. And you know what? That’s totally okay. Whether you choose to drink in college—because, LBH, tons of students do—or not, remember that you can find your place and your people on campus.

P.S. If you’re gonna drink, be safe about it, ya know?

For a long time, I've been searching everywhere to find the perfect website I can get scholarships and information from. Needless to say, I could never find the right one. That was, until I found CollegeXpress. Through my journey of finding the right scholarships for me, I was able to find articles about different things. They've all been helpful, especially in times like this! I was even able to connect with some of my favorite colleges! I love CollegeXpress. Thank you!