How to Be a Social Activist in College 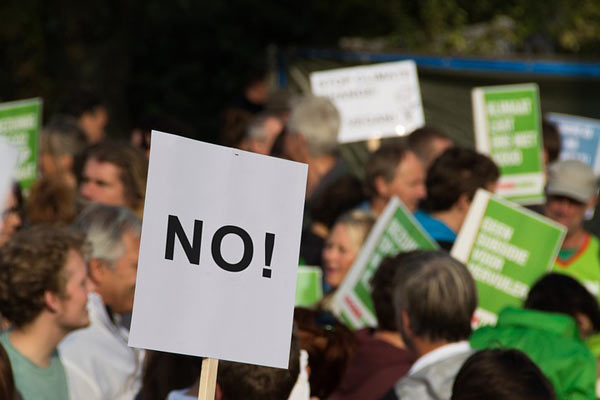 The college years are a great time for young adults to become vocal about their beliefs and to actually be heard by their peers. College students have freedoms that they may not have had at home: they can vote, join clubs, and become Pastafarians. Activism is an integral part of university life, so it is important to know a little bit about the trade before trying your hand at protesting.

The perfect place for activism

Universities are like a Petri dish of activism. Young people from diverse lifestyles meet together in an intellectual atmosphere, and people actually listen to them for the first time in their lives. This may be the only place outside of the Capitol building where talking about religion and politics is cool, not taboo. Universities have ample ways for you to help change society as we know it.

College clubs are like country songs; there is one for every situation under the sun. Let's say you want to go fishing but your girlfriend says she will break up with you if you do. There's a song for that (extra points for whoever knows it). In the same way, there is a club for everything. You can save the environment, advocate civil rights, or serve whatever cause you want.

While clubs are a big hub for social justice, they are surly not the only way to get involved. Churches, mosques, and synagogues usually have service projects; you can help your community and witness a little for your respective faith at the same time. There are also plenty of secular service projects in your college town. Service is all-inclusive (that's the point).

Lastly, there is classic protesting. This isn't always through an official club, but it is still ever- present. Protesting is a longstanding practice for a reason; it works. It shows how loyal you are to your cause. It gets your word out. Before I turn you loose, though, let's go over the right way to protest.

How to protest safely

Marches and protests can be very influential. They can also be very dangerous. It is important to know how to be safe and respectful while picketing.

First, know the difference between different protesting styles. Martin Luther King, Jr. was a great social activist. His protests were peaceful marches, boycotts, and speeches. Take some time looking up his work. If these are the things you do while protesting, you are doing it right.

However, there are also some poor examples out there. We'll call this violent protesting. If you are throwing rocks and Molotov cocktails at buildings or people(!), you should probably stop and go home. This is bad protesting straight from the textbook. You might get national attention, but is that the sort of publicity you want? Even worse, you could get teargassed, hurt, or killed. Even if you make it out fine, there can be big consequences. You could get arrested, face charges, or get sued. Also, future prospective employers will see a red flag waving at your name by being a violent protester. With today's social media, news of you burning cars can reach the World Wide Web in seconds.

Think before you speak/act

Speaking of social media, a lot of activism happens there. In fact, it is probably the most important activism tool in the world. However, that can also be dangerous for your career. This is probably not news to you, selfie-junkies who Tweet more than a sparrow, but things on the Internet don't go away (unless it's MySpace). So before you say or do anything stupid, especially if it is political, think twice. Employers look at your Facebook and Twitter and Instagram accounts.

Also, both in the virtual world and in real life, people have feelings. Always remain respectful. When you are arguing with the "opposition," do so in formal, moderated debates. Don't say anything degrading to anyone. That is a fallacy called ad hominem, Latin for "You lost the debate, jerk." Argue like Joe Friday: "Just the facts, ma'am." There is no place for name calling in activism.

Before making demeaning comments, remember what you are trying to do. You are an activist! Is calling a Petroleum Engineering major a penguin murderer going to accomplish the goals of your environmentalism club? I would doubt it.

But what if you are a respectful advocate and you are confronted by hostiles? What if your feelings were hurt? Do you then have permission to play the "penguin murderer" card? Here, we should learn from our fellow activists. Whether you like them or not, pacifists have a knack for cooling down heated situations. Just think, "What would a pacifist do?"

Don't fight fire with fire. If people go low, then they are not worth the attention. The Internet wants me to believe Mark Twain once said, "Never argue with an idiot. They will only bring you down to their level, then beat you with experience." I doubt he actually said that, but it is viable nonetheless. If things get really out of hand, though, make sure to bring attention to your college, or in extreme cases, the law.

Your campus is a great place to advocate for your cause. You can accomplish great things, but before you step onto your soapbox, be sure to keep yourself and others safe and respected. If you can do this, the world will be a better place while you make the world a better place.