Other Options for Sweet Summers

In our last post, we recommended a few summer programs that are still accepting applications. But if your plans don’t include attending a formal program—either because you missed the deadlines to apply, or you can’t afford the tuition—that’s no excuse for wasting your summer.

This blog has focused mostly on pre-college programs affiliated with colleges, universities, private schools, or other companies, but as Education Week’s College Bound blog pointed out last week, you don’t need to spend a dime on formal programs to have a great summer—and impress college admission officers. Here are a few options for taking charge of the next three months. 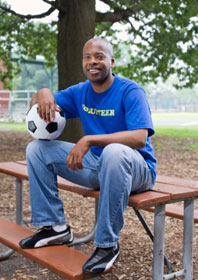 Your college counselor has probably urged you to perform some volunteer work to list on your applications, and more and more schools are even requiring a certain number of service hours for students to graduate.

But don’t look at service work as just another requirement you have to slog through to get into college. Try to volunteer for an organization that’s somewhat related to your own interests. If you’re thinking about studying nursing or medicine, inquire with local hospitals. Potential political science majors should take advantage of the fall elections to volunteer for a local campaign office.

If you’re especially dedicated to working in the community, you might want to look into the requirements for a Congressional Award.

When I interviewed college admission counselor Jessica Givens a few months back, I asked her about options besides expensive summer programs. She said that sometimes independent projects can be even more fulfilling than formal programs.

“I had one student who did a summer program at Stanford,” she says. “But it wasn’t as interesting as when he developed the plans for an ancient war machine that he constructed at home.”

Doesn’t designing and building a medieval catapult sound more fun than sitting in a classroom? (Also, note to self: “Ancient War Machine” would be a sweet band name.)

You can work with friends who have similar interests, or even find a nearby college professor to mentor your project and provide valuable advice.

The good news: working over the summer helps you develop useful skills, build your résumé, and gain references to help you score other jobs later on. Also? Cash money, honey.

Now the bad news: I just read a report that employment for 16- to 19-year-olds has fallen to its lowest level since World War II.

Sorry, didn’t mean to discourage you. There are still a lot of jobs for teens out there, and you don’t need to find an internship in your potential career field to learn a lot. When I was in high school I worked as a cashier at a grocery store, and it was one of the best jobs I ever had. I learned to deal with all segments of the population—everybody needs to buy groceries—and developed skills like communicating with non-English speakers and negotiating with seniors who tried to use expired coupons.

Summer Camps and Programs for SAT and ACT Prep