The 3 Greatest Myths About the New SAT

By now you've probably heard that big changes are coming to the SAT. But don't be scared! There are a lot of rumors floating around. Here's what you need to know.

by Steve Dorfman
Founder and Owner, Tier One Tutors 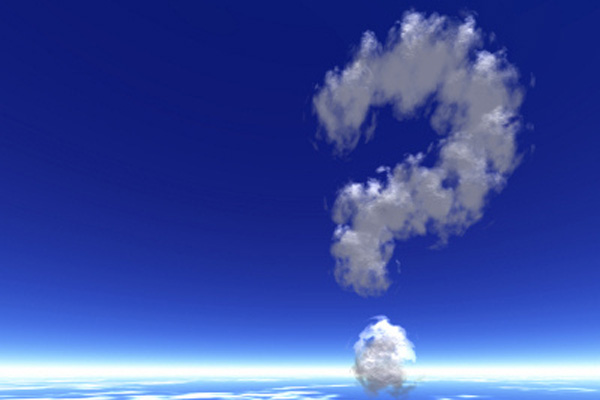 After many months of vague reports and glamorous public events, the College Board recently released its first round of practice questions for the “new” SAT, currently slated for debut in March 2016. The questions appear to comprise a full section's worth of practice for each of the sections on the new exam, including a practice writing prompt.

There have been countless articles written about the upcoming changes and, believe it or not, I even came across a prep book that was released for the updated exam before the test maker showed the public any example questions! A lot of the commentary refers to the drastic changes in the math, the optional essay, the end of hard vocabulary words, and the alignment with the new Common Core. I think others have done a good job of covering every angle on these factual changes to the SAT, and I’m not sure there is much more to say about them.

Instead, I would like to focus on the three greatest myths about the new SAT.

Myth 1: This year’s sophomores are stuck taking the new SAT whether they want to or not

For a couple years now, the current sophomore class (the Class of 2017) has been dreading the changes coming with the new SAT.  Besides a general fear of the unknown and the lack of desire to be a guinea pig for this new exam, the students simply want tried and true ways to study. The perception is that since the new SAT will be released during this group’s junior year, that means they have three miserable options: take the “old SAT” during 10th grade, take the new SAT without knowing how to study for it, or just take the ACT.

Luckily for these students, the options are actually much more open. A great number of our students at Tier One Tutors get started with their college admission test preparation either the summer before junior year or around September and October. Oftentimes, our students prep for the January and March exams. The new SAT won’t be being released until March of 2016. That means that the current 10th graders can take the “old SAT” in December and January—and the January exam will be at the end of the month! For a forward-thinking student, they can still get in the traditional three to six months of intensive prep. Not only can sophomores avoid the new SAT, but they can still take the test at the appropriate time of the year with the appropriate amount of preparation.

When the new test was announced, the College Board made it clear that the new SAT would place much less emphasis on the classically difficult “SAT words.” Now that the first round of practice questions has been released, some in the industry are crying foul. In the reading passages on the practice test, they noted the continued presence of difficult “SAT words.”

But this isn’t a problem. What makes vocabulary a stumbling block on the current SAT is the lack of context. Students are given a short sentence with a missing word, and they are asked to fill in the blank with an appropriate replacement. Unfortunately, their answer choices include five difficult words, and the prompt itself is short. However, in the newer reading passages, students are given 80 lines of material to read. The questions are significantly longer and thorough, and the answers are often full sentences. That means that students are given expanded context, which drastically improves their comprehension. Furthermore, these types of words show up on the ACT passages as well, so there is no essential difference. The bottom line: the new SAT will definitely require much less from students in terms of their vocabulary.

Myth 3: The SAT is even harder than before

The final and perhaps most critical misconception has to do with the overall difficulty of the exam. There has been a constant message given to parents and students that this new SAT is going to be much harder than the current one. Once the practice questions were released, it became pretty clear that this new test is meant to give students a run for their money.

This misconception is a bit different than the others in the sense that it is technically true! It’s true that the new test is going to be harder than the current one: the reading will require more analysis, the writing needs to be more analytical, the math is on a much higher level, etc. However, the key is that it simply doesn’t matter!

We all need to keep in mind that "the curve is king" on these standardized tests. The SAT is scored on a forced curve; the computer only allows a fixed number of students to get each score. Practically speaking, that means the difficulty of the exam is less important than how well students perform relative to other students taking the exam on that date.

For instance, I had a roommate in college who studied engineering—a subject notorious for its difficulty. I remember, one day, he came back to our dorm excited, saying how great he did on the test. He exclaimed, “I set the curve!” I asked him what score he got and he told me he received a 61/100. I was shocked and reminded him that 61/100 is a D-, not a score to be proud of! He then told me that 61/100 was the highest score in the class so the teacher set the curve such that getting a 61 was perfect and the grades would be assigned relative to that. So if someone got a 50/100, instead of it being an F it was actually a B-! This is what I mean by “the curve is king”; it is not the difficulty of the test that matters but rather the competition.

Another example of this, this time with a negative impact: the November 2014 SAT. Students were shocked to find out that a score of 53/54 on the Math section yielded only a 750. Because that November 2014 exam was "easy," too many people scored nearly perfect on the Math section, making the curve very intense. What do you think those students receiving a mere 750 after getting just one problem wrong would say if someone told them they thought it was great that the current SAT is easy?

The real takeaway message from all of these myths is that the new SAT is not nearly as scary as people are making it out to be. Current sophomores will have plenty of time to prepare properly for the current SAT, the vocabulary will be easier to deal with, and finally, no matter how hard the new test will be, all that will really matter is how well students do relative to their peers. And there is no reason to assume that a student would do any better or worse relative to their peers on the new test vs. the current one.

Steve Dorfman is the founder and owner of Tier One Tutors. Over the past decade, he has trained over 300 SAT and ACT instructors, authored three SAT coursebooks, managed the preparation for over 10,000 students and has lectured at dozens of high schools. As a UCLA graduate, Steve understands just how difficult and confusing the college admissions process can be. Plus, as a father of two, he can relate to the worry and anxiety that parents feel when trying to steer their child towards a path of success.

The college lists on CollegeXpress are indispensable for sussing out creative additions to a student’s list, and the college-specific pages provide terrific commentary and suggestions for related schools. CollegeXpress is among the most trusted sources I use for information for my students.

CollegeXpress has provided me with tips that were for college students, but as a high school junior, they were still very useful. Not only that, it also gave me an idea of what to expect when it comes to going to college or already being in college. I want to say thank you to CollegeXpress, and I hope you continue the wonderful tips until I hopefully get into college and throughout my college journey.