What do you look for in a media school?

Asbury University—with a commitment to academic excellence and spiritual vitality—encourages its students to study, worship, and serve together on a campus located 20 minutes southwest of Lexington in Wilmore, Kentucky. Primarily a four-year multidenominational institution, the University has been at the heart of spiritual movements throughout its history.

The University provides many opportunities for student involvement both on and off campus. Internships, exchange programs, missions, and community service opportunities are available and are part of the curriculum in nearly every major.


What do you look for in a media school?
Asbury’s unique Media program is designed within a liberal arts context, with industry-successful faculty who are committed to students. Students receive unparalleled opportunities to apply these theories and skills to real-life situations using state-of-the-art equipment. We believe students should be given a broad foundation on which to build their careers. Students are challenged academically and prepared to be life-long learners.

Projects and classes
We believe individual video projects offer students the unique opportunity to learn all the aspects of production. This limits class sizes and requires more equipment. We also require students to work in groups to develop the ability to work as part of a team.
Small classes allow for more one-on-one contact with faculty and staff. Our production classes are generally limited to 12–18 students, with some unique media classes:
• Feature Film Production
• Remote Production
• Steadicam Certification
• Underwater Cinematography

Exciting media projects
Asbury’s media program has high-end projects and provides opportunities that allow our students to get paid, increase their skills, and build their résumés. Current and recent projects include:
• Olympics: Our program is currently preparing students to go to the 2020 Olympics in Tokyo, Japan. Since the 2000 Games in Sydney, Australia, Asbury is the only US school to send students to be paid workers for world broadcasters at every Olympics.
• NASA: Asbury students were paid to document the creation of a next-generation Mars probe as a joint project with the University of Kentucky. The Smithsonian displayed one of these documentaries.
• US Department of Justice: Asbury has received over $250,000 in grants to create different projects, which are being used nationally by law enforcement officials.
• Film productions: Asbury has been involved in film projects with major studios including Disney, Walden Media, and many others.
• Film projects: Asbury students shoot over 50 short films a year.

Student media opportunities
• Students have visited over 50 countries to produce ministry programs for radio, television, and the internet.
• Asbury takes a group of students to the Sundance Film Festival every other year.
• Over 800 Asbury students have freelanced for various networks—including ABC, NBC, ESPN, Fox, and the Speed Channel—and have traveled all over the US and around the world.
• Air-90, Asbury’s radio station, is student run and broadcasts via the web.
• WASB-TV provides local television news programs.
• Media students produce a feature film every other summer as part of a production course.
• Students have the opportunity to digitally record and produce recordings for musicians.

Media equipment
We believe that communicating ideas is vital for the world and having the best equipment to do so is essential. Asbury’s media programs provide industry-standard equipment. Students also have the chance to work with some experimental systems that may become the standard in the future. Systems include editing and software, cameras, Steadicams, jibs and dollies, and a 40-foot HD television production trailer.

The School of Communication Arts

Asbury’s School of Communication Arts offers a 4+1 program, allowing students to finish their undergraduate bachelor’s degree and then receive a Master of Arts in Digital Storytelling in as little as one additional year. This master’s degree requires 30 graduate hours.

Undergraduate students complete prerequisite courses as part of their program. Seniors are then allowed to take up to nine hours of graduate courses, which reduces the MA to 21 hours left after undergraduate degree completion. Furthermore, the graduate courses taken during one’s senior year add no cost to an undergraduate’s tuition—a significant cost savings—with seniors completing 30% of the MA program with no additional funds needed.

Benefits of Asbury’s graduate degree program include some courses that can be taken on campus and allow for the full use of equipment and facilities. The program can also be taken online. Being online in graduate school allows the MA student to be located anywhere around the world, even working at a job, while completing their graduate degree. Another advantage is graduate tuition has been significantly reduced from the cost of the undergrad tuition in order to help our students obtain valuable graduate degrees.

Asbury also offers two other graduate Communication degrees: a Master of Fine Arts in Screenwriting, and a Master of Fine Arts in Film and Television Production. Both of these MFA programs are 42 credit hours, serve as terminal degrees in these fields, and can be started as undergraduate seniors. Unlike the MA degree, our MFA programs require more time to complete than just one additional year. Those who choose the MFA route can reduce the 42 graduate credit hours to 33 while being an undergraduate, completing around 20% of the degree at the end of their senior year. 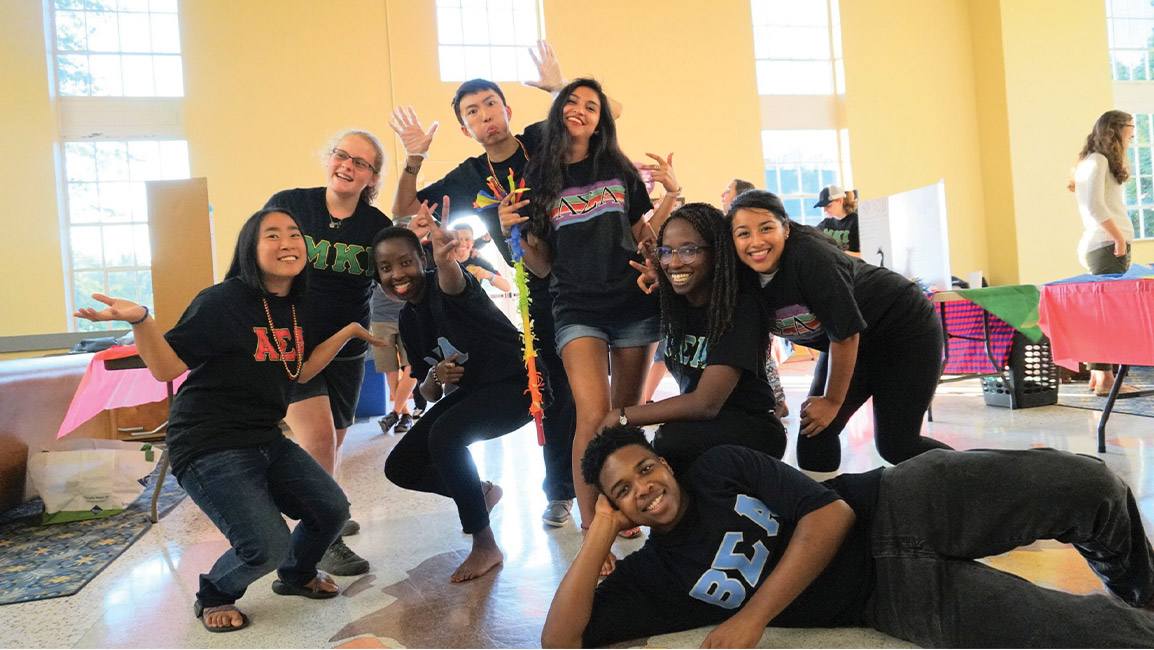 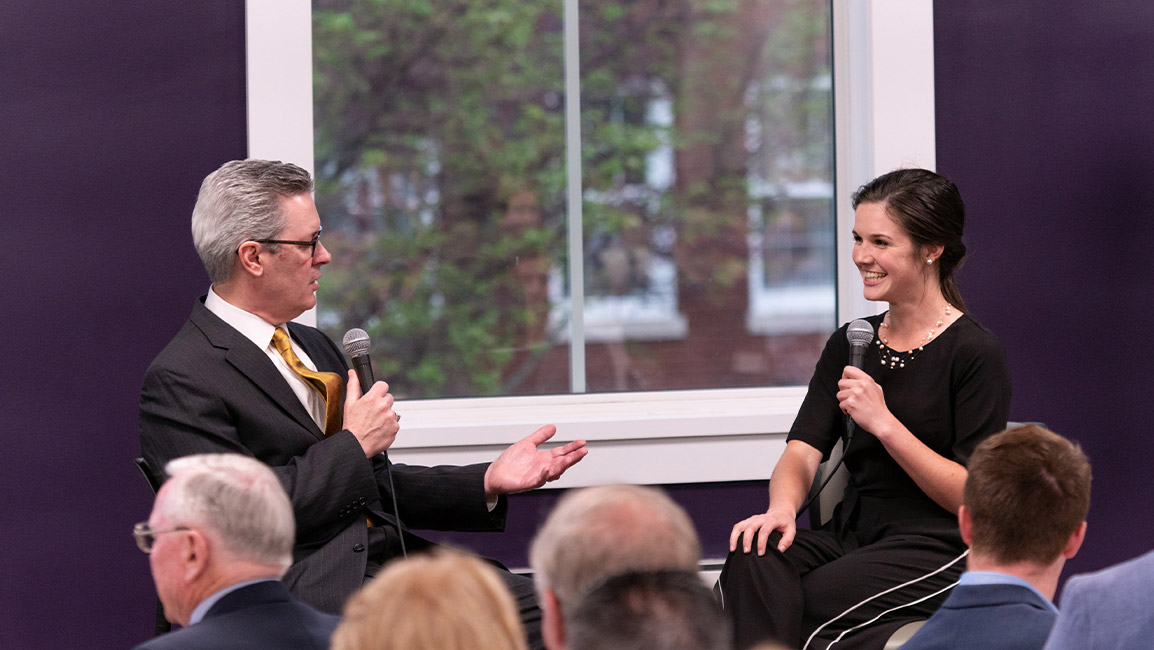 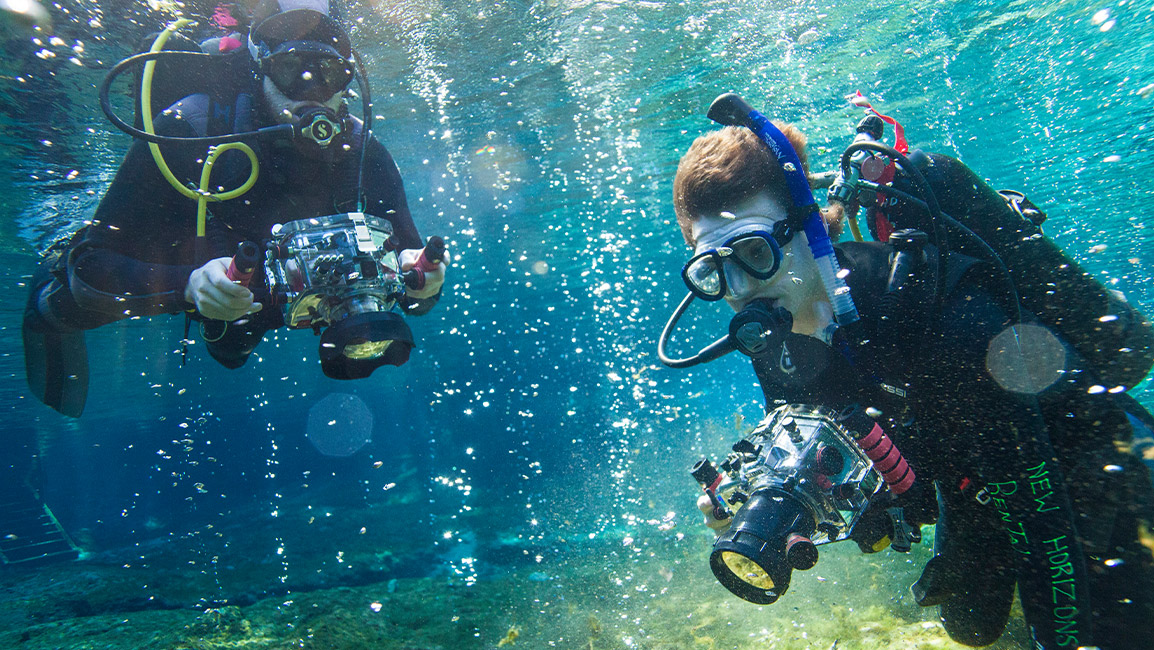 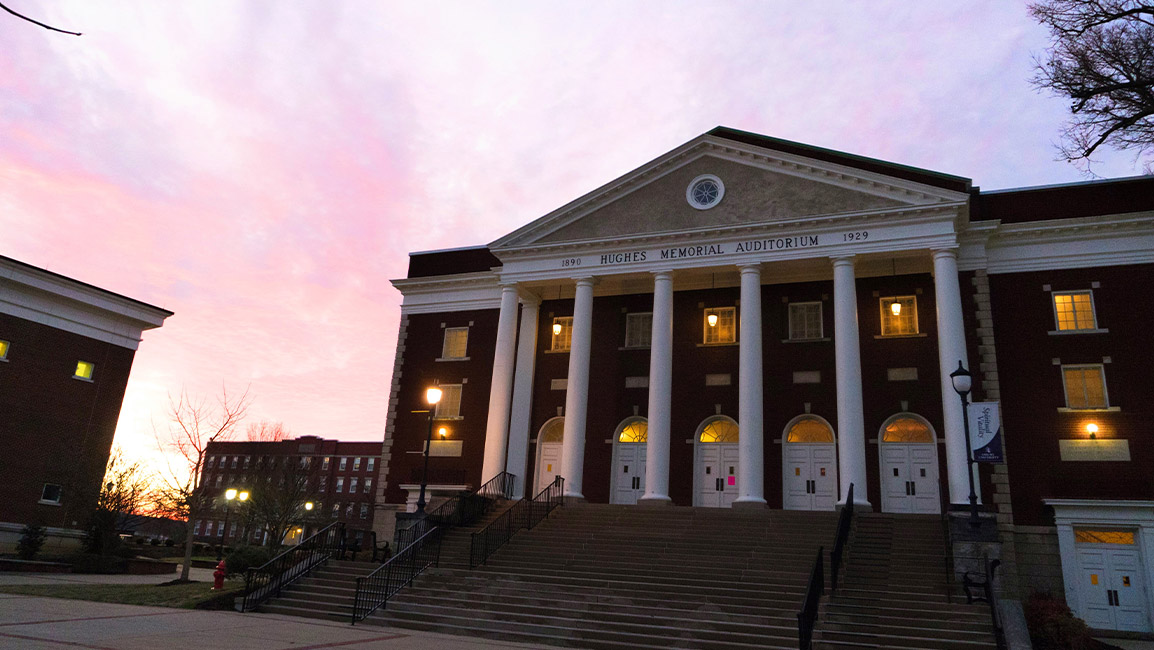 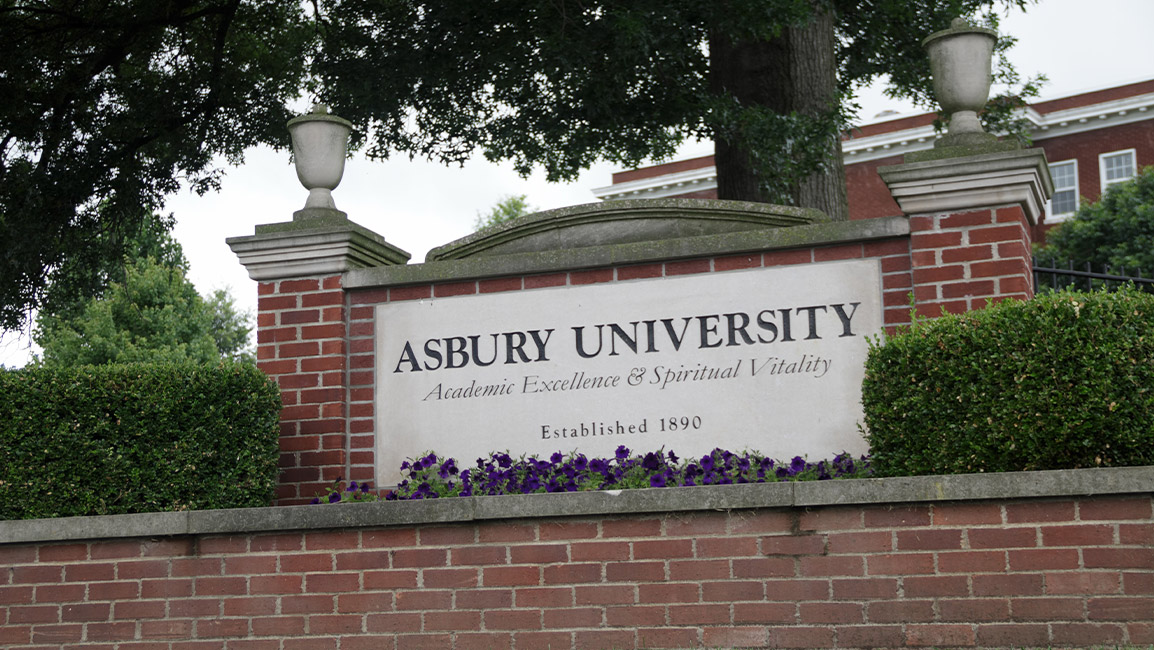 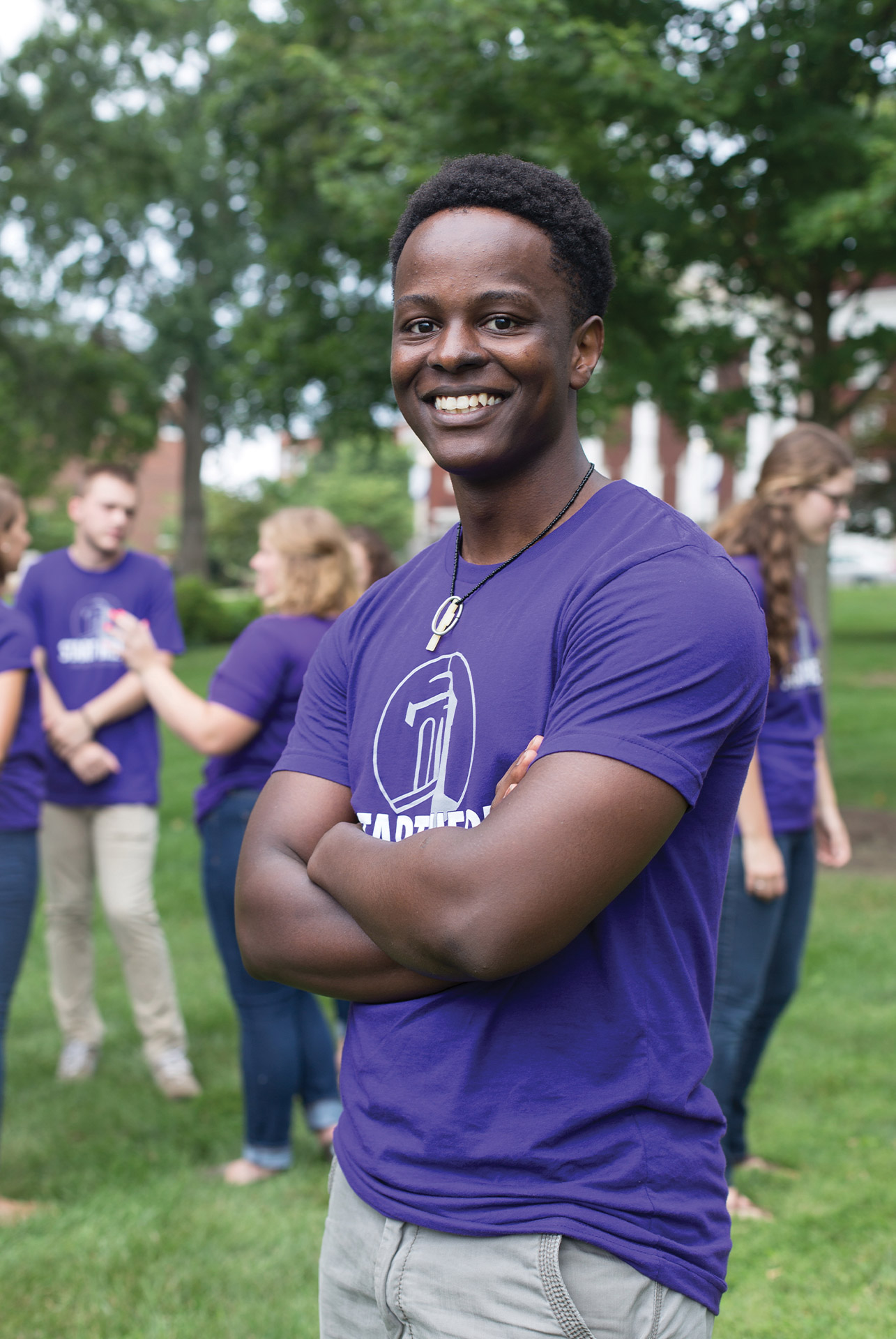