28% of students are people of color.

50 states and 144 countries are represented in the IUPUI student body.

Indiana University–Purdue University Indianapolis (IUPUI) is Indiana’s premier urban public research university. Since its establishment in 1969 as a partnership between two of Indiana’s top universities, IUPUI has been preparing students to be engaged citizens in an ever-changing world. IUPUI achieves this with a focus on student research and community service as well as a commitment to diversity and global awareness that is at the core of campus culture.

IUPUI is recognized as one of the top 200 national universities and top 50 most innovative schools as ranked by U.S. News & World Report and is a seven-time winner of the Higher Education Excellence in Diversity Award from Insight Into Diversity.

Although IUPUI boasts a large student body—around 30,000 students—it maintains small class sizes that encourage student-faculty collaboration. Coupled with this, IUPUI offers resources and support for students throughout their academic careers to ensure their success.

A strong commitment to diversity and global awareness is a defining factor of the IUPUI experience.

Indianapolis is among the 20 largest cities in the United States and the capital and economic hub of Indiana. Here, you’ll find the headquarters of Fortune 500 companies, state and federal government offices, major health care systems, and half a dozen professional sports teams. When it comes time to look for internships and other hands-on work experience—crucial to a student’s success—opportunities are more readily available than at other schools.

Changing lives daily in Indianapolis
As Indiana’s premier urban public research university, IUPUI believes in the power of transformation. We are committed to providing educational opportunities that transform the lives of our students, our community, and the changing world around us.

Visit
There is no better way to learn about IUPUI than through a campus visit. We offer daily tours, major-based programs called JagDays, and other options.
visit.iupui.edu 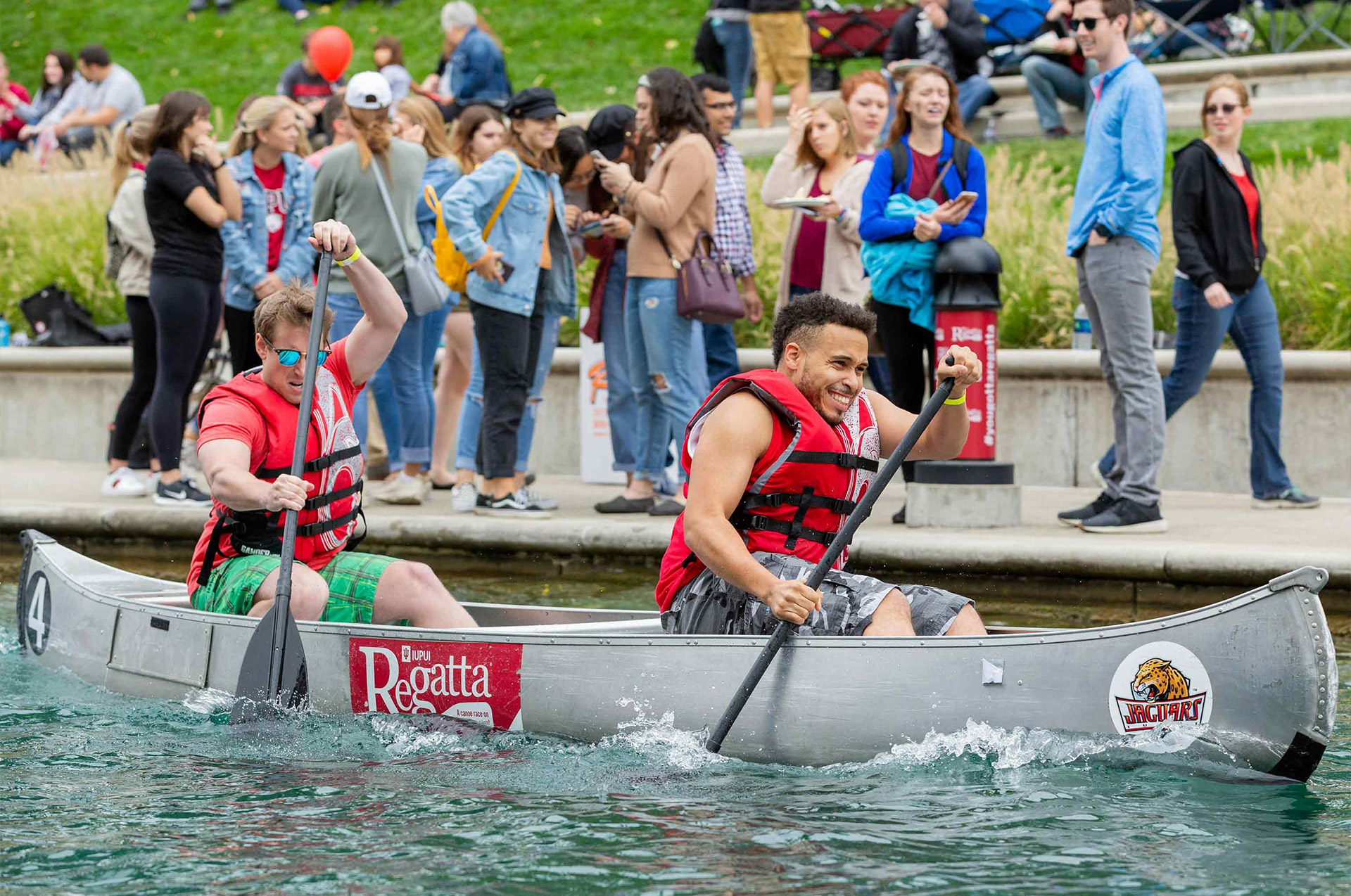