They're Coming to America: Working with International Students 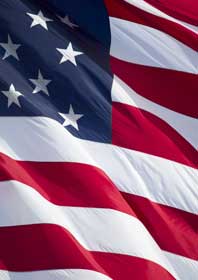 It’s no secret that the U.S. is home to some of the world’s finest colleges and universities, and it stands to reason that students from other countries are clamoring to get into those schools. The Institute of International Education’s annual Open Doors Report survey found that in fall 2010, new international student enrollment increased 5.7% over the previous year.

In their quest to pursue their higher education stateside, some international students may solicit the expertise of college counselors to boost their chances of being accepted. Helping these students fulfill their dreams of coming to America can be hugely rewarding – and uniquely challenging. Whether you’re an independent consultant with a mile-long roster of international clients or a high school counselor working with a foreign exchange student, read on for some insights into this important and burgeoning aspect of college counseling…

Knowing where your international students are coming from and where they’re going is essential. Following are a few noteworthy findings from the 2011 Open Doors Report:

Working with students from other countries requires research, flexibility, and empathy on the part of the college counselor.

“Every international family has some expectations that are specific to their country of origin,” says Marcia Rubinstien, an educational consultant and Director of EDUFAX. “Understand the different customs and practices of each country with which you work.”

International students tend to have only the “name brand” universities in mind, either because of parental pressures or because they simply aren’t aware of the myriad exceptional but less well-known schools we have in America.

It makes sense that they would gravitate toward the heavily populated states where some of the biggest and best schools can be found. But one of the challenges college counselors face is opening these students’ eyes to the thousands of “below the radar” colleges and towns that might actually be a better fit for them in the long run.

The lure of America

As Woodrow Wilson said, “America lives in the heart of every man everywhere who wishes to find a region where he will be free to work out his destiny as he chooses.” Just as the Statue of Liberty beckons the tired, the poor, and the huddled masses, so does she summon enthusiastic young minds the world over. International students come to the U.S. for a wide range of reasons, but they all boil down to a single word: opportunity.

First and foremost, the sheer volume of educational resources available in America can be hugely alluring to international students, particularly those from countries where collegiate prospects are limited.

Furthermore, while most foreign students will have some level of proficiency in English, they may wish to attend college in the U.S. in order to strengthen their mastery of the world’s most widely spoken language. Perfecting it will give them a professional leg-up in our increasingly globalized society.

It also cannot be denied that Americans aren’t the only ones chasing the "American Dream." Movies, advertising, and encounters with Americans can all shape a student’s desire to study in the U.S.

“Some students have been enrolled in international schools where they’ve been influenced by their American classmates and teachers to live and attend university in the U.S.,” says Sandy Furth, an educational consultant and Director of World Student Support.

The lure of the “name brand” schools

“One of the greatest barriers facing counselors is in educating international students about the many great universities in the U.S. versus the ‘name brands,’” says Furth.

Among the culprits are the Ivies, the Big Ten, and the many elite private schools that dot the Eastern Seaboard. While these are, of course, excellent schools, they may or may not be in the best academic and social interests of a given student.

“These students are not as aware as American students that we have an enormous amount of choice in this country and that each college and university has its own distinct flavor and personality,” says Jonathan Dunn, a college counselor at Creative College Counseling. “Many of my international clients say that they will simply attend the highest ranked school that they get into as opposed to the place where they feel they will be the most intellectually and socially fulfilled. So one of my greatest challenges in working with these students and their parents is to open their options to institutions that they might not have considered otherwise.”

Whether it’s due to misinformation or the expectations of their parents, international students may be unflinchingly committed to a list of specific schools. College counselors can help ensure they have a fulfilling and individualized college experience by informing them about – and encouraging them to explore and consider – colleges and universities outside of their comfort zones.

A different kind of student, a different way to counsel

Obviously, working with international students requires a different approach than working with American students, and their perspectives and expectations will vary depending on which part of the world they come from. In general, however, they are eager and optimistic about the possibility of studying in the U.S.

“Motivation is usually extremely strong, since the opportunity to study in an American school is considered an experience that can have lifelong positive ramifications on careers and general success,” says Marcia Rubinstien.

Alan Haas, President of Educational Futures, works with international students primarily from European countries. In his experience, he has found that while many European students come with superior secondary school diplomas, such as the International Baccalaureate and the German Abitur, and are academically prepared for the rigors of American academia, they aren’t always at ease socially once they land on campus.

“They are generally more mature, better travelled, more culturally aware of and informed about America, and eager for the American college experience,” says Haas. “They find the immaturity, insularity, and superficiality of some American students to be curious and they tend to isolate themselves in their own crowd and apartments. They are not accustomed to participating in extracurricular activities and this adds to the isolation.”

Over half of the students Jonathan Dunn works with come from overseas, and most of them hail from East Asian countries. Compared to American students, Dunn has noticed that these students have a tendency to “go with the crowd” instead of approaching the college admissions process as individuals.

“They have mindsets that are far more quantitatively than qualitatively based,” says Dunn. “This means that they overemphasize the importance of test scores rather than presenting themselves to schools as individuals. Many of these students have their entire path orchestrated for them by their parents and they are not in control of their own lives or college search and application processes, nor in terms of what they will study as undergraduates.”

It can be challenging for college counselors to educate international students and their parents about the countless options available in the U.S.  The abundance of choices in higher education might actually become overwhelming and reinforce their single-mindedness when it comes to the “name brand” schools. This is where counselors can put their skills to the test and give their foreign students a passport to academic success.

“Working with international students is much more work-intensive,” says Christine Chapman, an educational consultant at Starr & Chapman Educational Consulting, Inc. “Usually there is the hurdle of explaining the process to families who have no idea how to approach it, from research to enrollment. There are language barriers and oftentimes unrealistic expectations. Sometimes students do not have the help and support of their parents, so the educational consultant must take on most of the work a parent might do in a domestic situation.”

Maintaining open lines of communication with students on the other side of the planet can also be an obstacle for college counselors. Fortunately, the Internet is making it easier to circumvent distance and problematic time zones.

“I travel to several European countries three times a year to meet with my students and prospective clients, so I maintain personal contact as much as possible,” says Alan Haas. “But Skype has begun to revolutionize our ability to maintain closer contact with our students and will probably lead to less international travel.”

When face time isn’t possible, checking in frequently via Skype, email, and even social networking sites can help counselors give international students the individual time and attention they need.

Faced with everything from language barriers, to Ivy League expectations, to unreasonably demanding parents, the prospect of working with international students may be intimidating for a first-timer. That said, here are a few parting words of insider knowledge from the pros:

Now you can put everything they need right at their fingertips—CollegeXpress has tons of information on the best colleges and universities for your international students!