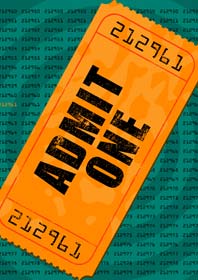 The 2012-2013 school year has arrived, and with it, a new crop of juniors and seniors at various stages in the college admission process. For better or worse, the landscape of that process is constantly changing, and it can be overwhelming for college counselors to stay abreast of its many features. Everything from the economy to technology to population trends can affect your students' applications and likelihood of acceptance.

To help you keep your finger on the pulse of all things college admission, here's a rundown of some of the most important trends you should be aware of—and what they mean for your students—for the upcoming academic year, culled primarily from NACAC's illuminating 2011 State of College Admissions report.

Not enough hours in the day

At many high schools, especially public schools, counselors have a large number of students with whom they are able to devote a limited amount of time to college planning. According to the NACAC study, the average secondary school student-counselor ratio was 272:1 in the 2009-2010 academic year. In that same year, counselors at public schools spent 23% of their time on postsecondary counseling, and private school counselors spent 55% of their time on college counseling. Time spent guiding students through the college admission process is integral to their future success, but clearly, the counselors at America's high schools are stretched thin by limited staff, large caseloads, and the wide array of tasks that comprise their jobs. The key to overcoming these impediments is to multitask and make the most of the time you can devote to college planning.

Waiting is the hardest part

Nearly half of colleges and universities employed wait lists in 2010 (up from 39% the year before) and admitted 28% of the students who accepted a place on those lists. An even higher percentage of selective schools use wait lists, leaving anxious applicants in a maddening state of limbo. These statistics amount to little more than a complicated guessing game. Wait-listed students can hold their breath in hopes that a space will become available, and they can take certain steps to help boost their chances of admission. But realistically, the odds are they'll end up with the 72% of students who aren't accepted off of wait lists. Not to fret, because . . .

Students are sending out more applications. In 2010, one-quarter of freshmen had applied to at least seven schools, and nearly three-quarters of colleges reported an increase in applications. Applying to a larger number of schools means students will have more options if they aren't accepted by their top choices. This rising number of applications seems to have affected schools' average yield rate (the number of accepted applicants who go on to attend a given school), which, at 41%, is significantly lower than 2001's 49%, a decrease that should be encouraging for wait-listed students hoping for a spot to open up. However, it's worth noting that yield rates remain high at selective schools, where there is a close relationship between the number of applications received, yield rates, and wait-listed students. The New York Times reported that Harvard's yield rate rang in at 81% for the 2012-2013 academic year. That's coming from the 5.9% of applicants who received fat envelopes from the famed Ivy League institution, which, as of this past spring, planned to admit just 25 students from its wait list.

Let's hear it for the girls

In 2010, females made up 56% of accepted students as well as 56% of enrolled students. This is a significant accomplishment, considering that less than 8% of women attended college in 1920, and even in 1960, there were 1.55 males on campus for every female undergraduate. Unfortunately, these ladies will graduate into a workforce where many women earn less than men do for the same jobs. But the gap is closing, and glass ceilings are being shattered left and right.

The early bird doesn't always get the worm

An applicant only a mother could love

The importance schools place on recommendations as an admission factor has been relatively static over the years. The NACAC report puts them on a par with application essays and extracurricular activities. But in an interesting twist, the Associated Press recently reported on a trend among a small number of schools, such as Mount Holyoke and Saint Anselm, that are now accepting (though not requiring) letters of recommendation written by applicants' parents. The first thing that must be going through your mind is, "But what parent would ever say anything less than glowing about their child?" And the schools understand that to be the case. They aren't looking for, nor do they expect, an objective recommendation from a parent. They're instead looking for the color, insights, and heart that are often lacking in a one-dimensional application. These schools claim that a parent's recommendation will neither hurt nor hinder a student's chances for admission, but it may help paint a more vibrant and accurate picture of the applicant they're inviting to their campus.

Between the costs of things like SAT and ACT prep, application fees, and traveling to visit campuses, the college admission process can be expensive for high school students. But it also goes the other way, with colleges and universities spending an average of $280 on each student who applies, according to the NACAC study. That figure goes up to $1,397 for each student who enrolls. Private schools spend more than public schools, and small schools spend more than large schools. Encourage your students to bear this in mind as they choose the schools to which they will apply. Less selective schools tend to spend more on recruitment than more selective schools, so students should be aware that, while they may have their sights set on the fancy brand-name schools, there are hundreds of other great schools out there that are actively seeking them out (and that might actually be a better fit).

It seems there are few facets of life that haven't been affected by social media in some way, and college admission is no different. Recent research conducted by the University of Massachusetts, Dartmouth found that 95% of four-year institutions used some form of social media in 2009-10, and the latest study put that figure at 100%. Facebook, YouTube, Twitter, blogging, and podcasting are the most popular tools used by colleges and universities, providing a new means of recruiting applicants while communicating and interacting with current students. Your students can use social media to learn more about the schools they're applying to by asking questions and engaging with other applicants and current students. Don't forget, however, that all of this online interaction could become a double-edged sword. Some schools have been known to look at an applicant's online presence as they make their admission decision, so advise your students to abide by the rule, "If you don't want Grandma to see it, don't post it." On the other hand, things like blogs and videos can be great ways for students to showcase their talents and add something extra to their applications. Just be sure your they understand that if they put something online for the world to see, the world will see it, whether they like it or not.

It's impossible to predict the future of college admission, and current trends can be difficult to decode and interpret into practical terms. Even the most extraordinary of college applications can be a roll of the dice, so the best you and your students can do is work hard, prepare according to the known variables, and learn to be happy with, and thrive in, life's unpredictable outcomes.

What are some of the new trends in college admission that you've noticed? Discuss them in the comments.