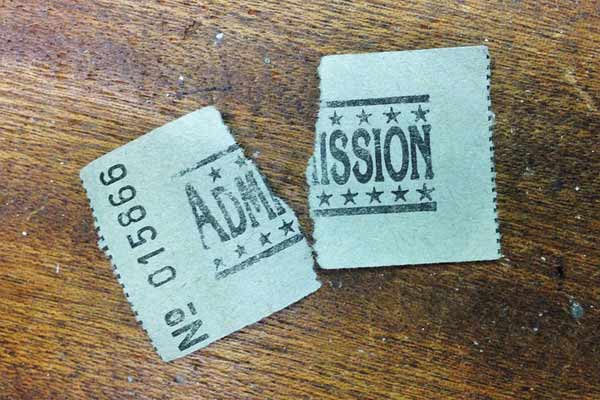 The college admission process has rapidly transformed into an "early game," and many counselors are poised to adapt to the inevitable changes expected to be introduced this coming year. Learn more about them here.

So many changes this year, and now…Early Decision III?

Most college counselors will agree that 2016 was the year of changes in the college admission process.

But there were additional, less publicized changes too. Numerous schools introduced new application choices: some added Early Decision for the first time, others offered an Early Decision II round, and many chose to institute an Early Action II (non-binding) option. We also saw selective colleges, such as the University of Chicago and Tulane University, allow students who were deferred during the Early Action round to elect to be re-evaluated under a binding Early Decision II plan.

But the biggest surprise among families was the realization that certain colleges have extended their Early Decision deadlines into February or even March! Savvy students and parents began to ask me, “Is College XYZ actually offering an Early Decision III plan? ED III? Oh my!

Let’s backtrack a bit to review the basics. Early Action is a no-risk proposition: students apply early, hear early, and don’t need to commit to the college until May 1. Early Decision is another option that many colleges offer—it’s a binding agreement that a student, his parents, and his high school counselor sign stating that if admitted by College X, the student will attend and withdraw all other pending applications. Why, you might wonder, would a student commit themselves to one school and forgo the chance to keep their options open? It’s simple, actually: if you show a college “the love,” they are typically more likely to reciprocate by admitting you. Early Decision has been around for decades, and now slightly over 40% of schools that offer Early Decision have instituted Early Decision II, a second chance to “commit” to your favorite college.

Although the Early Decision numbers can be skewed a bit with already committed athletes applying during the early round, just to demonstrate the point, here are some facts from last year’s admission cycle:

Here are the statistics from this year so far (Regular Decision numbers aren’t completed yet), detailing the large percentage of the freshman class that is filled during the ED round:

As you can surmise from the two charts, the Early Acceptance rates at many universities are significantly higher than the Regular Decision acceptance rates, and often colleges choose to fill a large portion of their class during the Early Decision round.

Although some professionals in the college admission industry have written this year about the evils of Early Decision, the bottom line is that it can be advantageous to both sides. It helps the colleges by augmenting their yield while more accurately predicting the number of enrolled students, and it provides the students with an increased probability of gaining acceptance into their college of choice.  The students I have worked with, including those needing financial aid, have greatly benefited from being able to apply to an Early Decision plan. But Early Decision has recently become more complicated.

Certain colleges are allowing students to change their Regular Decision application to Early Decision or Early Decision II after they may have already been rejected by an ED and/or ED II school.

For example, Colgate University allows a student to convert their “Regular” application to ED II up until March 1. Since the majority of ED II decisions have already been released by then, in reality, this becomes an ED III for many students. Furthermore, this second Early Decision round is “rolling.” The fact that applicants can receive a quick decision after applying ED II is alluring.

Lafayette College and Marist College also allow students to alter their decision plan to “Early” if done by February 1, and Muhlenberg accepts admission plan changes until February 15.  Again, since some colleges (like Rensselaer Polytechnic Institute) notify candidates by January 15 of their Early Decision II status, an unsuccessful candidate could then apply Early Decision elsewhere, technically as an ED III applicant.

So it is true: as much as Early Decision critics cringe, students are now able to navigate the system to have three chances at Early Decision, even though there isn’t a college in the US with a plan entitled ED III.  Admittedly, this third try at Early Decision may not be an ideal way to approach admission, but there’s no denying it’s a possible path. Unless colleges and universities decide to pull back on these tempting early programs, it seems that this will be the wave of the future.

The admission process has rapidly transformed into an “early game,” and many counselors are poised to adapt to the inevitable changes expected to be introduced this coming year.  Last week the University of Richmond announced they will be adding Early Action to their ED I and ED II choices for the 2017–2018 application year. Stay tuned…

Laurie Kopp Weingarten is a Certified Educational Planner as well as Co-founder and President of One-Stop College Counseling. She meets with students in her New Jersey office and virtually throughout the United States and Asia. She graduated from the Wharton School of the University of Pennsylvania and received an MBA from Harvard Business School.

Working with eighth to 12th graders, Laurie guides students through each stage of the college admission process. She’s passionate about helping students reach their full academic and extracurricular potential; there’s nothing more rewarding than their excitement upon acceptance to their top-choice schools!

CollegeXpress helped me a lot. I am a Tanzania boy who finished my high school studies in Tanzania. I never knew I could get an opportunity to get a scholarship to study abroad. I am happy that now I know how to find the school to study abroad through CollegeXpress.

University of Louisiana at Lafayette