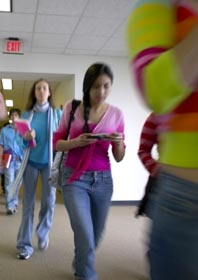 College-Prep Homeschooling: What Is Taught in High School to Prepare for College

What children should be taught in high school is regulated in part by the state in which they live but is primarily driven by the knowledge and skills that colleges and universities want incoming students to have.

What children should be taught in high school is regulated in part by the state in which they live but is primarily driven by the knowledge and skills that colleges and universities want incoming students to have. This in turn is influenced by the needs of society and employers.

For example, when society wants to take issue with the behaviors of both children and adults with regard to such things as an increase in teen pregnancies, sexually transmitted diseases, illiteracy, obesity, drug and alcohol use and abuse, gang behavior, weapons, high school dropout rates, racial issues, hate crimes, and more, the curriculum in schools is affected in an attempt to deal with such problems. Colleges are affected by social pressures that desire to affect educational curriculum, but perhaps not nearly as much as the elementary and secondary schools are because the time to really impact the way an individual will behave as an adult is during the formative childhood years.

Many non-academic subjects, such as appropriate social behaviors, morals and values, and even sex education used to be taught primarily at home by parents. However, since the late 1960s and early 1970s, much of that responsibility was put on the school systems. As a result, children and teens in public schools have to spend more time on learning information geared to reduce and minimize social ills, which ultimately affects how much time can be spent on academic subjects.

Colleges also have certain responsibilities to prepare students for their roles in society, but not in the same areas that elementary and secondary schools have taken on in the past 40 years. Colleges remain largely focused only on the academic skills and knowledge they want incoming students to have, which is primarily our focus in this book to help prepare you and your child for higher education.

Of course, this doesn’t mean that teaching socially responsible behaviors is not important. In fact, it is very important, but many homeschoolers feel that it is the duty of the parents to handle that part of their child’s development within the family and for the most part separate from academics. Although there may be exceptions, colleges and universities want to know what your child knows and can do academically and as such, transcripts from high school don’t have anything to do with anything but academics. Even extracurricular activities, such as sports don’t show up on academic transcripts.

So, what does show up on academic transcripts?

Many colleges want students to have a certain number of years (or credits) in social studies, including a study of American history and/or government (three to four), English (three to four), science (three), a foreign language (three to four), and mathematics, including an emphasis in algebra (three to four). While you may feel qualified to teach some of these subjects, you are probably less comfortable teaching others, and that’s okay as there are many options of which you can avail yourself to supplement your “weak” areas of expertise.

Community college courses often allow high school students to satisfy state requirements as well as college admission criteria. If you don’t have access to a local college, there are also online college courses, computer programs, textbooks, video courses, consultants, co-op schools, and other resources. Even if you are not knowledgeable about or comfortable with teaching some subjects, this doesn’t have to be an insurmountable roadblock to teaching your child at home through high school.

The content of your program should be primarily driven by academics with an emphasis on building the learning skills necessary to succeed in college and life, but not exclusively so as children can learn much from non-academic classes and extracurricular activities too. A combination of academics and extracurricular activities is healthy for a child’s mind, body, and spirit.

Try to create a balance for your children between a rigorous program of study and participating in fun elective courses or other activities that didn’t require academic-type study. For example, your child might want to take art courses, complete physical fitness courses, and participate in organized sports, as well as take home economics courses to learn to cook, sew, and do the laundry. Students may also enjoy being involved in community service projects each year.

Extracurricular activities help children learn that having a variety of interests helps them make friends, become involved in the community, and learn there is more to life than just studying all the time. However, the importance of academics and especially learning how to learn is vital. When some homeschooled children apply to various colleges, the schools may not be concerned with extracurricular activities, as they instead focus more on the applicant’s academic success as a predictor of the student’s ability to succeed in college.