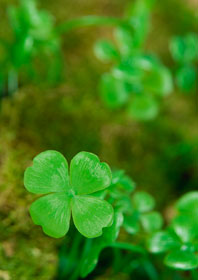 In this excerpt from her book Getting Over Not Getting In, Allison Singh gives dejected students some perspective. It's a good piece of advice to keep on hand, should your son or daughter receive that dreaded thin envelope . . .

by Allison Singh
Author, Getting Over Not Getting In

In this excerpt from her book Getting Over Not Getting In, Allison Singh gives dejected students some perspective. It’s a good piece of advice to keep on hand, should your son or daughter receive that dreaded thin envelope . . .

My law school roommate was a very wise person. When I say “wise” I don't mean she made dean's list or law review. No, what I mean is she was wise about the world. She once told me that she didn't fret about which colleges accepted or rejected her because if you look at the entire world, only a tiny fraction of the population has the opportunity to attend college at all. You could say even rejected applicants are pretty lucky.

I’m not trying to belittle the sting of rejection—if that was my intention, I wouldn’t have written a book about it. But I do think a dose of perspective is healthy, so let’s follow my roommate’s lead and walk in the shoes of our global contemporaries.

For starters, some statistics. Of all college-age youth in the world, what percent do you think are in college? In 2009, the figure was 29%.[i] We’re talking less than a third. It gets worse if you look at areas like sub-Saharan Africa; only 3.9% are enrolled in college there. When it comes to graduation rates, only 6.7% of the world population in 2010 held a college degree.[ii]

After opening that thin envelope, you probably felt like fleeing your hometown for anywhere else on the planet. Let’s see how that would have worked out for you. Twenty-three nations in the world require mandatory military service for 18-year-olds—steer clear of those. If you’re not ready for marriage, don’t end up in India, where half of the young women between 15-19 are married by 18 years old. In Afghanistan that number is 54%; in Niger, 76%. For those of you who take your health for granted, which is many of us, you might get a wake-up call when you realize that in sub-Saharan Africa, about 17%-22% of girls between the ages of 15-19 aren’t necessarily coping with college rejection, but they are living with HIV.[iii]

Young people around the world have to overcome hurdles on their way to college that are inconceivable to us—war-torn schools, child trafficking, natural disasters, and famine, to name a few. We are crushed when one school rejects us, even though others said yes. It’s like complaining your coffee is too hot when people are waiting on endless lines for clean drinking water.

So take a step back. Be grateful. While you might not consider the college that accepted you to be “elite,” merely graduating will place you in the “elite” group of 6.7% of the world population with a college degree.

CollegeXpress has helped me with the college application process. The tips and tricks for important essays were so helpful. I also gained useful knowledge about college life. Even though I’m fully online, CollegeXpress has helped me develop a sense of how college is in person. The experiences from college students that were featured on their Instagram page have shown the good, the bad, and the “secret” life on campus from a reliable perspective. Not to mention, they relieved my feelings of anxiety about the workload. I can now understand how it can be stressful, but it takes self-control and willpower to get assignments completed on time and with quality.