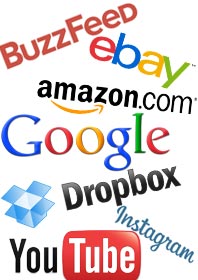 Do you have a great idea for the next big app, website, or social media network? Well, here’s an idea for you: stay in school! We can’t all be Mark Zuckerberg, i.e., drop out of Harvard, launch Facebook, and become one of the youngest self-made billionaires of all time. Although many Internet entrepreneurs have found success after quitting college—like all four of Twitter’s founders—there are far more who have stayed in school while also (or later) pursuing their ventures. It’s not a bad idea, since you’ll always have a degree to fall back on if your invention doesn’t reach Facebook-phenom status. Just take a cue from this list of founders of some of the most popular stuff on the Web; they all boast pretty impressive educational accolades!