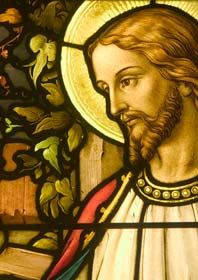 Living your faith often means studying it as well, and those who wish to pursue theological studies academically will be well served by the majors here!

The Bible studies major is a thorough examination of all or part of The Bible, including the Old and New Testaments and the Apocrypha. A student will focus on one of the major parts of The Bible, and often will pick a specific book or books within that part as their area of study. The works of commentators and authors who attempt to interpret the meaning or communicate an understanding of The Bible figure prominently in this major as well. A student’s studies could have a Christian or Jewish focus or could be academic in nature. Often students contemplating the ministry, either Roman Catholic, Protestant, or Jewish, will consider taking Bible studies as their undergraduate major.

The plan of study will include a core liberal arts curriculum, as well as study of one of the Biblical languages, either Latin, Greek, or Hebrew. It will also include courses on the Old and New Testaments and Biblical history and interpretation. Study abroad or research trips to the Middle East may be recommended as well. Students will conclude their undergraduate studies by specializing in a particular aspect of Biblical theology or the Bible. Classes include Latin, Greek, or Hebrew; courses examining the Old and New Testaments; course work in specific books of The Bible (such as Genesis, Exodus, Romans, or the Gospels); Biblical history; other theology courses. Students may want to study Biblical archaeology, but this is generally not required.

In this course of study, students learn about the varieties of religious expression in the world. Students will want to focus on one particular religious tradition, engage in comparative work, or study several of the world’s religions. An academic major, religious studies is not necessarily preparation for seminary or theology school, but is for a career in teaching or theological study.

Students will take introductory work in the nature of religious thought and then a selection of courses on specific topics. Students may explore particular religious traditions, Biblical languages, or comparative religion among possible specialties. A major academic study is often part of the major. Students who wish to go on to graduate school are well advised to take Greek, Latin, or German, though few religious studies departments actually require such courses to complete the major. Classes include introduction to the study of religion, new testament, old testament, Buddhism, Hinduism, Islam, Judaism, religion and politics, sociology of religion, psychology of religion, religion and literature, religious history, Marxism and religion, Christianity and culture, gender and religion, feminist theology, liberation theology.

Theological studies examines the belief in God and God’s relationship to humankind as understood in Christianity and Judaism. This is a specialized major within the broader field of religion or religious studies, and is ordinarily pursued either by students intending to enter the clergy or those interested in graduate work in theology. In either case, graduate study, either in a university academic department or at a school of theology, is the next logical step.

The plan of study begins with a liberal arts curriculum and course work in Old and New Testament theology, electives in one or two classical languages such as Greek or Latin (for the reading of selected texts in the original versions), courses in ontology (the study of being), epistemology (the study of knowing), ethics, world religions, writings of theologians past and present, and the historical development of theology. Classes include psychology, sociology, beginning/intermediate Latin/Greek, pastoral counseling, comparative theology, Old Testament, New Testament, courses that examine specific books of The Bible or the Tanakh, textural exegesis, advanced seminars, independent research.

Adapted from Major Decisions: A Guide to College Majors, by Terry Ward. Used with permission from Wintergreen Orchard House, 2012. For the full breakdown of these majors, check out the book, available in paperback and for the Kindle!