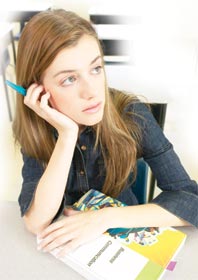 Culture shock is a term you've likely heard as you considered studying overseas. But many students also experience "reverse culture shock" when they return home after many months or even years spent in the United States.

“The lack of ranch dressing was immediately jarring upon my reentry into Australia,” says Rania, a student who recently returned to Melbourne after studying journalism at the University of Missouri (“Mizzou”). While a lack of salad dressing may seem minor to a student preparing to come to the United States for university, such observations can be a “symptom” of reverse culture shock.

Culture shock is a term you’ve likely heard as you considered studying overseas. In basic terms, culture shock can happen when a person is removed from everything familiar. It might include withdrawal, irritability and/or anger, boredom, decreases or increases in appetite, or other physiological changes. Often, coping strategies that one has developed to combat stressful situations may no longer be available.

Terri Zeilenga, Director of Counseling Services at Columbia College in Columbia, Missouri, believes patience is invaluable when dealing with transitions between cultures. “Be patient with yourself and with others’ ability to understand what you are experiencing,” she suggests. “Adjusting is a process that may take some time. Any initial frustration, stress, isolation, and/or sadness that you may feel is normal.” Zeilenga also says it’s important for students to recognize that these feelings are temporary. “Be open with others,” she says. “If your situation doesn’t seem to be improving, ask for support.”

Many universities incorporate culture shock information sessions during international student orientation, and campus resources are usually available to help students through the process of adjusting to a different country. However, it’s easy for students who travel abroad to underestimate or simply be unaware of the culture shock that may occur upon returning home.

“I wasn’t really worried about it before I left—I was too worried about visas and flights and insurance and all of that,” says Frances, a University of Missouri student from New Zealand. “When I got back from Mizzou, I found it really difficult.” Frances’ experience is not unique.

“I thought that adjusting to the States would be the hardest,” says Travis, an engineering student from Thailand who studied in the United States for five years. “I was surprised by how long it took for me to adjust to life back home.”

It’s good to remember that you are not alone. Last year, the United States hosted over 720,000 international students. Many other students have successfully navigated the reentry process, like the students here who offer their advice.

Finding others who have studied overseas

Kevin recently completed his studies at the University of Missouri and returned to France. He described his time in the United States as “extraordinary,” and like many students who have studied internationally, he has found it challenging to explain his experience to others. “It is too difficult to share such an experience with people who do not know, or even imagine, what it means to live in another country.”

It can even be difficult to share your experiences with family members. “Because I have not lived at home for many years now, I am not accustomed to family reactions and family dynamics as when I was growing,” says Urska, who came to the United States from Slovenia. Kevin agrees with Urska, saying, “My family is very happy for me and they understand how much [my time in the United States] brings to me, but they cannot imagine to what extent I have changed.”

Both Kevin and Urska suggest finding other students who have studied abroad. Alumni associations can be a great resource in finding networks of former international students. Reaching out to your local EducationUSA Advising Center might provide another opportunity to interact with students preparing to study in the States (turn to page 40 for more information). Frances’ experience going home to New Zealand supports this. “It was really great to have people around me that ‘got it,’ so to speak, because, really, if you haven’t been through it, you have no idea.”

Before you return home, it can be helpful to find U.S. students who have studied abroad and experienced reverse culture shock themselves. Matt recently returned to Missouri from Cairo and felt the stress of transitioning from a turbulent, unpredictable environment to one that was sedate by comparison. “I ended up booking a trip to New York immediately after I got back stateside because I felt like I needed to ‘step down’ from Cairo . . . because all of a sudden nothing is happening in my life.” Your U.S. university’s study abroad office may offer helpful resources in this regard.

Giving yourself time to readjust

Many international students struggle with the sometimes hectic pace of life in the United States. However, most quickly adjust; they then find it challenging to resume routines at home. International students often find Americans maintain a speedy lifestyle as well. Frances was struck by this when she returned home. “It was weird being back on New Zealand time. People are so laid back here, so it was frustrating not having people getting back to me straight away.” Rania echoes this, saying, “Americans have a certain energy about everything they do, and it’s not always the same in Australia.”

Each student will react to the change of lifestyle differently. Some may even find the pace at home more frantic than in the States. “I didn’t really experience a slow down,” says Isabella of her return to Argentina. “There is a lot of activity and nightlife in [Buenos Aires], so coming from a smaller city in the U.S. to a huge city was less of an adjustment.” It was not without challenge, though. “The noise of the city and everything that was going on was kind of too much,” she says. “It took a few weeks before I felt comfortable going out with friends at night.”

Remember that patience is often the most valuable tool in combatting reverse culture shock. When you feel frustrated, remind yourself that you completed an incredible journey, one that will take some time to process. “I wrote as much as I could,” Jun says about his return to Singapore. “I started to see the patterns of what would make me upset, and then I could think about why and what I could do about it,” he says. “After some time, I stopped thinking about how it was in America and started enjoying how it is in Singapore.”

Studying abroad will be life changing, and it can take some time to discover all the ways it impacted you. “It’s so strange to come back to the same routines and the same ease of life (as I sit in complete darkness in my apartment in Yemen, waiting for the electricity to come back),” says Nikki about her return home. “You always come back a little changed.” Kevin agrees: “It is interesting to see how people consider me now. They call me ‘The American,’ the one who went far from home and experienced life abroad.” Both Kevin and Nikki say they know they have only partially uncovered the effects their experiences abroad have made in their lives.

Jason Kinnear, Assistant Director of Study Abroad at Mizzou, believes the experience of studying internationally influences students’ lives for many years. “The reverse culture shock that students may experience is really a powerful reminder of the amazing experience they’ve just had. It can be a challenging transition, but that process helps them to truly understand and enrich the culture to which they’re returning.”

Immersing yourself in another culture is not just about learning new languages, eating new food, and trying new things. It’s also an incredible opportunity to view your own culture from outside its borders. “Even when I would get really frustrated or homesick for America,” says Mathias from Bolivia, “I would try to remember the times during my freshman year at Mizzou when I would want to go home to La Paz. Then I could smile and think how lucky I am to feel like I have two places to call home and two places where I can belong in the world.”

From Denmark, Mikkel, a political science major, says, “I can’t think of anything that would have stopped me from coming to the U.S. to study. No matter how hard it was to go through culture shock there or coming home, it was an experience that I will have forever. I would do it again, as many times as I could!”

Mathias was equally excited about his time in the States, but he doesn’t like to refer to his transition from the United States to Bolivia as culture shock. “It’s like using English every day. Sometimes I would forget the words, but if I give myself enough time, and just smile about it, the words will come. It’s the same thing going home. There’s so much more to smile about than there is to be afraid of,” he says. “Just smile about it and give yourself enough time.”

CollegeXpress helped in my journey by comparing multiple colleges for my final decision. While looking at different colleges, I was able to compare the tuition expenses and that landed me with the college that I’m currently enrolled in, Western Kentucky University. Thank you!

I'm a senior in high school, and CollegeXpress has helped me in so many ways this year in trying to navigate the process of deciding and committing to a university. The COVID-19 Student Resource Center has helped me many times with the most up-to-date and accurate information, along with financial aid and student life [advice]. During these uncertain times, CollegeXpress has been a great recourse to relieve the stress as a senior. Along with the COVID-19 Student Resource Center, I'm constantly using the extremely helpful tools off the site to aid me during this stressful process. Tools like the lists and rankings of universities have been the most beneficial. I've also used the site to receive expert advice on topics like financial aid. Finally, CollegeXpress has helped me easily apply for several scholarships. I'm thankful to be given the chance to win a scholarship to lessen the burden of my college debt.