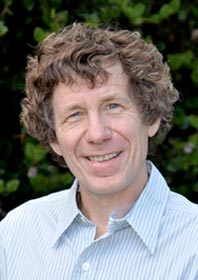 The Animated Life of Steve Hickner and Careers in Cartooning

If you have an eye and a passion for animation and are considering it as a career, do yourself a favor and take a look at the journey of animation insider Steve Hickner . . .

Do you see the world in lines and block colors? Maybe even in 2-D? If you have an eye (and a passion) for animation and are considering it as a career, do yourself a favor and take a look at the journey of Steve Hickner, an industry insider who also happens to have a heart for helping young animators get their start.

Steve Hickner has spent his entire adult life working in animation. Currently employed by DreamWorks Animation, his directorial credits include the feature films Bee Movie (2007), starring Jerry Seinfeld, and 1998’s The Prince of Egypt, but he has also worked in various capacities on Who Framed Roger Rabbit, Madagascar, The Little Mermaid, and Antz, to name just a few. Most recent in Steve’s fascinating career is writing and illustrating the book Animation Rules: 52 Ways to Achieve Creative Success. It offers advice for budding animators, but many of his suggestions can be applied to any career path. Recently Steve graciously took time out of his busy schedule to share some advice with CollegeXpress readers who might be considering going into the animation field.

CollegeXpress: Everybody loves animated cartoons. What inspired you to make it your life’s work?

Steve Hickner: Actually it was my high school English teacher who was the first one that suggested that I try animation. So I made an animated film after school on my own just working by myself. And it was absolutely terrible because I knew absolutely nothing about what I was doing. In fact I didn’t know there was such a thing called “ones and twos,” that sometimes you could shoot a drawing for two frames, and my film moved crazy fast. So I thought, next time, I’ll just have to do twice as many drawings, which is what I did.

CX: I assume that was in the pre-digital age.

CX: What have some of your influences been?

SH: Well, who hasn’t been influenced by Walt Disney? You can’t be in animation and not be influenced by him because that’s the first stuff you ever saw. At first I wanted to be a cartoonist, and Charles Schulz was certainly my North Star. But after I made that film, I fell in love with having characters move, and I never wanted to go back to still drawings. It was too much fun to make them move. I would say Disney and Warner Brothers were my influences.

CX: What sort of education did you pursue after high school?

SH: I went to New York University Film School. At the time they didn’t have a very well-developed animation program or department. It was mostly live action. I liked both, but I thought the best chance I had to get a job was in animation because I figured there were fewer people who could draw than couldn’t draw, so when I moved out to Los Angeles that’s what I tried. I tried to get into animation and I was lucky enough that one guy named Kay Wright, who was at Filmation at the time, happened to take a chance with me. Otherwise I would be nowhere.

CX: What was your degree in?

CX: Having worked in so many capacities, including director and producer, obviously you’ve had to hire quite a few people over the years. What sort of education should an upcoming animator have?

SH: It’s really the portfolio. It doesn’t matter where they’ve gone. Of course you do tend to find that a great number of people in animation tend to come from a handful of schools. Ringling College of Art and Design in Sarasota, Florida; Cal Arts in Valencia; the BYU (Brigham Young University) program is really good. USC (University of Southern California), UCLA (University of California—Los Angeles), Texas A&M: there are certain schools where we get a lot of people from at DreamWorks, but at the end of the day it’s really the portfolio.

And that’s the advantage you have by going to some of those schools because the teachers are very good. I personally believe a school is just four walls; it’s the teachers who make it. When I went to film school, there were only three schools in the country: USC, UCLA, and NYU. That was it, because they were the only ones who had the money to have the equipment. Well, it’s a level playing field now in terms of equipment. I could make a film with my laptop. So the equipment is less of a factor now. You could by an Avid editing program or Final Cut Pro or any of those for maybe $1,000, and then you could get Photoshop or a student version of Maya if you wanted to do a 3-D film. You could do Flash. The equipment is much less expensive than before, so now it’s really about the teachers and the program—if they’re set up to help the student.

CX: What’s different for people entering the field today as opposed to when you started?

SH: It is night and day. If you look at the Oscar-winning student films of John Lasseter and you look at what students are doing today in terms of technical proficiency, it is night and day. Lasseter’s film is a simple pencil test shot on an animation stand, and you can see through it and it’s not finished. And you look at the films from students today and they’re all finished. Highly rendered, very detailed, with great sound jobs because the equipment is easier to use. You can get a much higher level of polish.

Where students are lacking—and I’ve been to a lot of schools over the last seven years, and I would say this is across the board—I don’t think students know the history of film or animation the way they did when I went to school. When I moved out to LA and I first met the CalArts people, they were completely conversant on all of the Disney animators and what shots they had done and scenes they had animated and what characters. John Lasseter or Tim Burton and all these people they would know chapter and verse what everybody was doing. Take Eric Goldberg: he would know every single shot of animation in a Warner Brothers cartoon and who animated it. You would never get that today, that kind of depth of knowledge. I’ve never met a student yet who could do this. There doesn’t seem to be the same interest in knowing that sort of stuff, and I think that’s a tragedy because that’s how you get to be good: by studying those people.

CX: Your new book offers good advice for animators, but it can certainly apply to other fields as well.

SH: That’s because at the end of the day it’s all about working with people. I think that’s why it’s applicable to other fields. No matter what field you’re in, you’re going to need to work with people to make things happen. Especially in animation, where you need a lot of people. It’s definitely not a solo art form.

SH: I would say become a student of the field. If you don’t really love it, and this is what is puzzling to me, why do it? I love animation so much, I can’t imagine not wanting to go to the movies all the time and not wanting to learn from these other people because they inspire me on a daily basis. The more you can learn about all aspects of animation and film, the better you’re going to be at your job. Since it’s basically a bottomless well.

This interview has been lightly edited for clarity and consistency.

As I transition to furthering my education, I can say with certainty that it simply wouldn’t be possible without the help of generous organizations such as CollegeXpress. Those who initially founded CX had no idea their platform would give a plethora of information to a first-generation homeless kid native to the ghettos of over half a dozen states. Everyone at CX and Carnegie Dartlet gave me a chance at a future when the statistics said I had none. And for that, I thank them.