The following prominent college graduates have all made a powerful impact in their respected field and all are products of public colleges and universities.

Have you always dreamed of being an iconic actor or an influential political leader? How about being an entrepreneur or the next great inventor? The following prominent college graduates have all made a powerful impact in their respected field and all are products of public colleges and universities. Prepare to be inspired to create your own future success story!

These political figures have gone down in history for the influence they’ve had on the country.

For the future talk-show hosts out there, these names might strike up some inspiration. 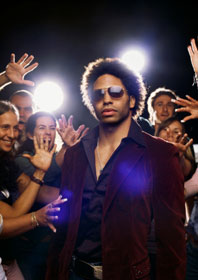 If your dreams involve being center stage, check out the alma maters of these actors and actresses.

Would you rather be known for being the mind behind a widely successful operation? If so, these people’s success stories will get you brainstorming.

Whatever your goals may be upon graduating college, know that a public education can help get you there. Pursue a major you are interested in because it could lead to a career doing something you love and may even land you on a list of notable alumni from your future alma mater!