Get Prepared for Life on a Big Campus

Keep in mind the following advice when you first land on campus and before you realize it, you'll know all the shortcuts to class. 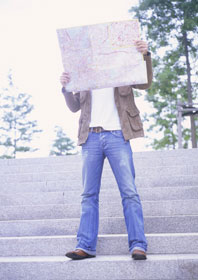 Move-in day is fast approaching for many first-time and returning college students after what always feels like the fastest summer to date. For new freshmen, the thought of bunking up with a complete stranger in a new environment sounds a bit intimidating, but fear not: you will be adjusted to your collegiate lifestyle in no time.

If you’re heading off to a large public university within the next few weeks, there are some tips to keep in mind so that your first few weeks on campus go as smoothly as possible. Attending a university with a large campus and dozens of academic buildings puts you at a slight disadvantage initially over your peers that are attending smaller schools with perhaps only a couple academic buildings to navigate. Keep in mind the following advice when you first land on campus and before you realize it, you’ll know all the shortcuts to class.

Once classes commence, you will be able to get an understanding of your schedule and when you have down time to study, meet up with friends, or grab food between classes. In your first few weeks on campus, make sure to explore the library a bit and scope out other quiet study spots. Figure out how to search for and take out books at the library because you’ll most likely have syllabi for your classes within the first week and your first assignments could be due immediately. Remember, as overwhelming as the campus might feel at first, it will soon feel like it’s shrinking and you’ll be the one pointing your peers in the right direction.