Get Your Game on at Summer Sports Camps 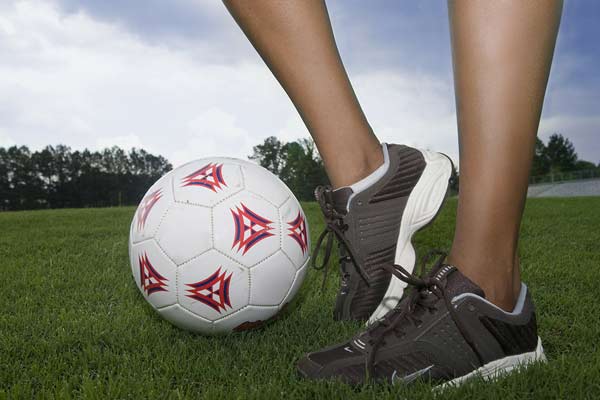 Cut from his Wilmington, North Carolina, high school's varsity basketball team as a sophomore, Mike took advantage of a five-inch growth spurt and contributed to the varsity squad as a junior. But college coaches weren't yet pounding the pavement to recruit the dynamic shooting guard. That changed the following summer at the prestigious Five-Star Basketball Camp in Pittsburgh, when Mike wowed top coaches like Dean Smith from the University of North Carolina, where he would later enroll.

It was around this time that fans and coaches started referring to Mike by his full name: Michael Jordan.

Sports summer camps play an invaluable role in college recruiting for all sports: coaches evaluate premier players in one place without traveling to high schools all over the country, and previously unknown athletes can put themselves on the recruiting radar.

High-stakes recruiting showcases like Five-Star make up just a small percentage of instructional sports summer camps. Much more common are skills camps where athletes of all ages can work on their game without the pressure of performing for college coaches.

Skills camps are held on the campuses of private schools, colleges, and universities and may be operated by the schools or outside organizations. Instruction may be offered in one or more sport, and residential accommodations in dormitories may be provided. Some camps focus not only on certain sports, but also certain positions within that sport—pitching camps in baseball and softball, and quarterbacking camps in football, for example.

You might think you're ready to show off your skills at a recruiting camp, but be careful: the level of competition at leading camps will be nothing like you've seen before, and a poor performance could wreck your chances with the college coaches checking you out. You only get one shot.

Instead of focusing on drills and instruction, recruiting camps are more likely to group players into teams and watch them compete in live game action. Coaches want to see how you perform under pressure against top competition, without a home crowd to cheer you on. Depending on the sport and the camp, recruiters might be watching out for athletes who haven't even started high school yet, but for the most part recruiters focus on students entering their senior year.

Your high school coach should be your first stop in the summer camp search process. Your coach will be able to honestly evaluate your skills and tell you if you're ready to show your stuff to recruiters or need work on your game at a skills camp.

Coaches and athletic directors can also recommend skills camps that athletes have attended in the past, and they'll know the ins and outs of the most sought-after recruiting camps in each sport. You may even receive invitations to one or more camps, but that doesn't mean you should go to all of them (sports camps still need to make money, and they charge fees of up to several thousand dollars). For some very selective camps, you may need your coach and/or AD to advocate for your attendance.

Head to the CollegeXpress summer program search page and choose your sport from the Instructional Sports menu for more options. If you already have some colleges in mind where you'd like to play, check out their websites to see if they offer a summer camp in your sport. Just make sure the camp you attend is staffed by coaches from the collegiate level.

Private individual instruction is another option if camp isn't right for you. Like a private music lesson or tutoring session, the one-on-one instruction—while expensive—can focus on the areas of your game that need the most work.

Making the most of camp

We can't stress this enough: show up in shape. There might be months between the end of your sport's season and the beginning of camp, and college recruiters will be evaluating your conditioning level as well as your talent. Coaches understand that a basketball player can have a bad shooting day, but there's no excuse for huffing and puffing down the floor. Maintain healthy eating habits, don't be a stranger to the gym or weight room, and ratchet up your training in the weeks before camp.

At the same time coaches are evaluating your athletic ability, they're also looking at your personality and conduct on and off the field. Be a leader in games and drills, encourage your teammates and always hustle. Off the field, be on your best behavior, be punctual and be respectful to teammates and coaches.

If you're attending a heavily recruited camp attended by coaches from multiple schools, they're likely to focus attention on athletes that are already on their radar. Even a dominant performance on the field isn't going to help you get recruited unless coaches know who you are, so make sure to introduce yourself to as many head and assistant coaches as you can.

For more about college athletics and tips on getting recruited, check out the CollegeXpress athletics blog.