Grand View University, founded in 1896, is a church-affiliated university. Its 35-acre campus is located in Des Moines. 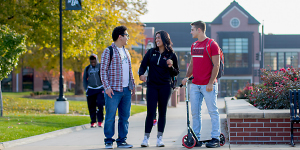 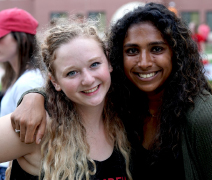 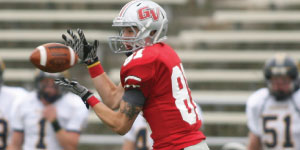 At Grand View, we do college pricing differently. We do it better.

For two decades, nearly 100% of Grand View graduates have found jobs or entered graduate school within six months of graduation.

Most colleges won’t tell you the real cost of your education. You’ll know what year one looks like, but how about the years after that? At Grand View, we have GV Complete—we combine an academic plan of study, a financial plan, and capped tuition and room and board increases to make your education predictable and affordable.

Combine that with our generous scholarships and aid packages, and a Grand View education is more affordable than most private schools. In fact, 82% of the fall 2018 first-year class paid costs that were comparable to or less than published rates at Iowa’s state schools.

So when you’re considering schools, do the math. Compare your actual costs over four years, and you’ll see how affordable a Grand View education is.

GV Complete
It’s a four-year commitment we make to you right at the beginning—and one we follow through on every step of the way. You won’t find this level of personal attention to both finances and academics anywhere.

Innovation at Grand View doesn’t stop there. We are continually updating our programs to align with our ever-changing world. From our new Business Analytics major to our eSports team, Grand View will challenge and inspire you. You’ll learn how to solve problems, be an effective communicator, and be a good global citizen. A Grand View education will give you the skills you need to pursue your career goals and ensure a bright future. We value and encourage diversity, honoring a community of open interaction, personal integrity, active intellectual engagement, and academic honesty.

For more than a century, Grand View University’s strength has been its faculty—their commitment to academic challenge is supported by the close relationships they establish with students.