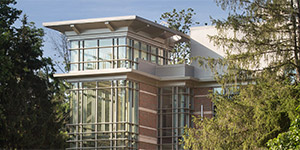 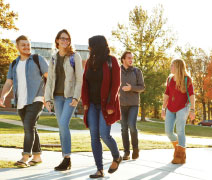 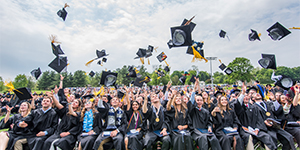 Messiah College is a nationally ranked private Christian college with a student body of 3,374 undergraduate and graduate students.

Undergraduate students who come to Messiah join a Christian community coming together from many different places and many different Christian backgrounds to learn, worship, and live together. They discover a hospitable campus where seemingly opposite ideals such as faith and intellect, work and play, discipline and imagination, and harmony and difference coexist.

The College is situated on 471 scenic acres just 12 miles from Harrisburg, Pennsylvania’s capital, and approximately two hours from the major urban centers of Baltimore, Philadelphia, and Washington, DC. Recognized for its ongoing sustainability initiatives by The Princeton Review, the US Building Council, and the National Association of Independent Colleges and Universities, the campus has a distinctive suburban, residential atmosphere.

Messiah College is consistently ranked by U.S. News & World Report as a top college in its region and a “Best Value School.”

The College operates on a two-semester academic calendar, with a January Term between the fall and spring terms. During January Term, students take one intensive three-week course of study with cross-cultural travel programs among the innovative courses offered during this term. A three-week May Term immediately follows the spring term and is exclusively for cross-cultural studies. Messiah offers extensive study abroad opportunities in more than 40 countries.

The College selects its educators for their Christian commitment as well as their proven teaching ability. They are outstanding scholars, authors, artists, and experts in their chosen fields. Every Messiah professor signs a statement of faith as an indication of his or her commitment to the mission of the College. Nearly 85% of the College’s 201 full-time faculty members have earned the terminal degree in their field. All classes at Messiah College are taught by professors rather than teaching assistants, and the student-faculty ratio is 12:1.

The College’s Career and Professional Development Center is nationally recognized for excellence in training students for today’s workforce and has been instrumental in the consistently high post-graduation placement rate of graduates. A survey by the College’s Career Center found that 100% of Class of 2018 respondents were employed or in graduate or professional programs within nine months of graduation.

Students have many opportunities to grow in faith at Messiah College, including chapel and worship services, Bible study and discipleship groups, ministry outreach teams, community service, mission trips, and a variety of other special programs.

Community engagement
Recognized for its focus on service learning and civic engagement, Messiah College teaches students to engage their Christian faith to build community, serve as agents for peace and reconciliation, and champion the rights of the poor and dispossessed.

The College has been widely recognized for this effort, earning top honors from many notable organizations. Since 2012, Messiah has been a member of the National Together for Tomorrow School Improvement Challenge, an initiative of the White House Office of Faith-Based Initiatives and Neighborhood Partnerships. Messiah was named to the national President’s Higher Education Community Service Honor Roll with Distinction and was also awarded the Carnegie Foundation for the Advancement of Teaching’s prestigious Community Engagement Classification for Curricular Engagement and Outreach and Partnerships.

Diversity
Messiah students come from 38 states, 28 countries, a full spectrum of cultures, and many different Christian faith traditions. Fourteen percent of students are from underrepresented racial, ethnic, and cultural populations, and over 4% are international students.

To encourage students to think critically and emphasize that Christians can disagree and still be kind, the College often hosts groups whose views differ from many within our own community with the goal of honoring one another’s differences while sharing a common love of Christ.

Sports and varsity athletics
Messiah College competes in 22 intercollegiate sports and maintains one of the most successful NCAA Division III athletics programs in the nation. Messiah athletes have garnered 30 national championships and regularly achieve national rankings and conference titles. Messiah athletes have been recognized as All-Americans and have been featured in Sports Illustrated and USA Today and on national network television. Several coaches have received national coaching awards.

Selective in its admission policy, Messiah College considers academic achievement, extracurricular involvement, leadership skills, and Christian service. Approximately 61% of first-year students are in the top 25% of their class, and approximately 89% earn an academic scholarship ranging from $12,000 to full tuition. In recent years, Messiah has produced graduates who have distinguished themselves as Rhodes, Fulbright, Carnegie, Boren, and Truman Scholars.