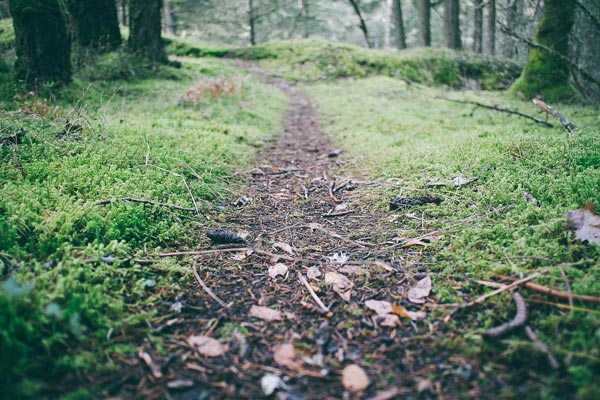 Everyone’s college admission journey is different. For Naomi, it was a tough road. She felt the sting of college rejection . . . a few times. Here, she tells the story of how she survived it and the lessons she learned along the way.

Almost two summers ago I felt like I had everything under control . . .

Senior year had not even started yet, and I was halfway through my college applications and feeling good about them.

In the end I applied to eight schools, all of which I had visited. Three of the schools I applied to I knew I would be admitted into, two of them I was hopeful, and the last three were my “reach” schools. I felt like I had no chance of getting into my reach schools due to my average test scores and moderate-rigor course schedule, but in the back of my mind I hoped I would be one of those rare students who got in because the admission officers saw something “special and unique” about her.

Related: Safety, Reach, and Realistic Schools and the Secret to Picking Yours

Senior year started and everything went as planned. I enjoyed my last few high school events such as homecoming and spirit week, but I wasn’t fully engaged because all I could think about was getting my college applications in. Some people had already heard back from colleges by the middle of the first semester because they applied by early admission deadlines. Knowing that some of my peers already got into their dream schools made me so anxious. As December rolled around, I finally completed all my applications and felt confident enough to hit “submit.” I may not have been the top of my class or a leader in every organization on my high school campus, but I was a well-rounded student who participated in extracurriculars that related to my potential field of study. I was hopeful.

Because I decided to do Regular Admission, most decisions wouldn’t be made until March or early April. Only one of the schools I applied to made their decision early and sent me my acceptance letter in December, but because that school was one of the colleges I figured I would get into, I didn’t feel that rush of excitement and joy I thought I would feel when I got accepted into a college. Plus, that school didn’t exactly have the major I wanted to study, but the fact that a school chose me and wanted me to be on their campus made me somewhat relieved.

My year went on as usual, finishing last-minute community service hours to graduate, struggling with senioritis, etc. Each month I grew more anxious to find out where I would be going to college. When March came around, everyone was glued to their e-mails to see if they got in or not. On certain days in March, all the University of California schools submit their admission statuses via their Internet servers at various times, and students at my school are often on their phones refreshing the page constantly until they see whether they got in or not. On the admission decision day of the first UC school I applied to, I decided to wait until I got home to discover whether or not I got in, in case I got rejected and felt like crying. As it turned out, that was a good decision.

I checked their website a few hours later and discovered I didn’t get in. I was very disappointed, even surprised. Sure I wasn’t valedictorian, but I had been sure I was good enough for the program I applied to. In that moment, I began to question everything; I was mad at myself for not retaking my SATs, for not taking more AP classes, and for not being smart enough. I ran to my room and slammed the door.

Related: Getting Over the Heartbreak of a College Rejection Letter

By the time my second rejection letter came, I didn’t even cry, for I was still numb. I thought that if I couldn’t get into my top schools that my path to success was doomed. I saw success as a ladder and that the next step was only entering my dream school. I ended up getting rejected by four out of the eight schools I applied to; I got into all three safety schools and one of the “intermediate level” schools. I was confused and conflicted about what I wanted to do. To make matters worse, the one school I really thought I had a chance at didn’t quite reject or accept me—they said that I could transfer after one year and was pretty much guaranteed an acceptance as long as I took the required core classes and maintain a good GPA, just because I was a legacy student. I could either go to a community college for one year and then transfer to my dream school or go to another college and transfer from there. I was so annoyed that it had to be so complicated; why couldn’t they have just rejected me so that I wouldn’t be in this difficult position?

For about a month I wrestled with what to do. To make the situation more agonizing, my school has a tradition of creating a Facebook group where everyone can post what college they were going to and what their intended major would be. Seeing people getting into big name schools stressed me out even more, and I felt so ashamed that I didn’t get accepted into any “brand name” schools. I wanted to be one of those people who get into a well-known school and have hundreds of likes and comments on their post saying, “Wow, you really are going to do something with your life!”

Eventually, I realized I was being ridiculous and decided that, for my own sanity, I needed to stop looking at the Facebook group and get away from the idea that you have to go to the most prestigious school in order to be successful. I should be happy just to be going to college and grateful I have the privilege of growing up in a family that values education and is financially able to support me through it. About 70% of Americans today do not have a college education, and the fact that I have the opportunity to be a part of the 30% is an amazing honor.

I chose to enroll in a small liberal arts school that had my intended field of study. Although not my first choice, I was happy with my decision and tried to make the best of the rest of my senior year. Certain parts of my senior year were still hard, such as the day when all the seniors were to wear their college sweatshirt on May 1, the deadline to enroll for most colleges, because I still so badly wanted to wear the sweatshirt of a college that had the brand name. However, some good news came right after I enrolled in the college that I was apathetic about attending—I got invited to participate in a rigorous summer program on social justice that was meant to help us prepare for the new academic challenges we would face as college students. Best of all, the program was free and it would contribute to our college GPA.

I ended up being accepted into the program where only 50 students were invited, and there learned so much about diversity issues, college writing standards, and living with people who had very different backgrounds than me. I wondered how on earth I could have gotten into this selective program, but I couldn’t get into the other schools that I applied to. I tried to shake off those feelings as I started fall semester, making amazing friends and growing academically and spiritually through participating in many clubs and leadership opportunities.

As I write this I am happy to say I am sitting at my desk in my dorm at the same college I originally entered one year ago. I have had some ups and downs since coming to college, but I have to say that my college career so far has been amazing and I can’t wait to see what my next three years on my campus have in store for me.

Reflecting on my crazy college admission process has taught me a few things. The first one, which sounds unfortunately cliché, is that rejection was good for me at the time. I usually only do things I am sure I will be good at, so I am—for better or worse—not accustomed to failing, so getting rejected from college was my first big letdown. But the fact of the matter is that even if I did get into my dream school the first time around, I still might be rejected from future internships and even jobs after I graduate. For those of you who have generally succeeded in everything throughout your life, rejection humbles you and makes you realize that just because you work hard doesn’t mean you automatically deserve success.

Speaking of success, this whole process and my first year of college has taught me to widen my perception of “success.” Too often due to societal and family pressures, we believe, like I did, that success is still the same ladder and that in order to climb it, we must follow exact steps to reach the end goal. To be honest, I don’t know what “success” was going to look like for me after college and I still don’t know the exact path I want to take. Changing my definition of success is not just helpful when it comes to choosing a college but also when choosing a major. Many people think that if they aren’t pre-med or pre-law or studying a specific field than they won’t get “the job,” but studies show that only about 27% of graduates actually have a job related to their major. Due to the fast-changing job market, thanks to technology and globalization, there is no guarantee that you will get “the job,” but having a college degree sets you apart from other candidates.

The last lesson I learned is to not compare your college admission experience with any one else’s. It is important to not think of college acceptance as a scientifically calculated thing you can perfectly predict. Sure, there are things you can do in high school to increase your chance of getting into your ideal college, but most of the time we will never know why we got accepted or rejected from things. In fact, the same people who got rejected from the school I am currently attending got into the schools I was rejected from! We must learn to be content with not knowing why admission officers made the decisions they did, because if we wallow in self-doubt we will miss new opportunities coming our way.

I hope my college admission story will help other seniors who are struggling with the same thing and encourage them to find hope in whatever stage in the admission process that they are currently in. Your undergraduate experience might not be exactly what you envision, but it will be your experience to own and grow from.

What I Wish I Would Have Known Before Senior Year

Video: Deciding on a College

I graduated from Occidental College in 2018 with a degree in International Relations and Japanese and a minor in Economics. I currently work as a concierge/front desk agent at a luxury hotel in Southern California. I am passionate about hospitality and travel and hope to continue my career within the hotel industry. I enjoy writing articles about career advice, studying abroad, and learning new languages.