How to Write About Yourself in Your College Essay (Without Bragging) 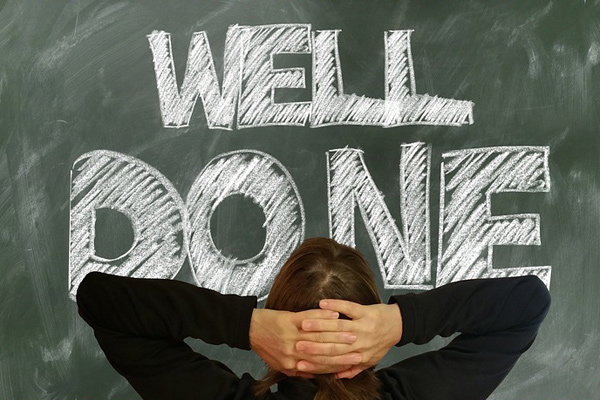 I’m writing this to the soundtrack of Kendrick Lamar’s “HUMBLE,” off his wildly popular DAMN. album that came out this past spring. I cannot tell you how many tweets I saw from 18-year-olds right after the album dropped repeating this anthem’s chorus, “sit down, be humble.”

Early 2000s kids, aka those filling out the Common Application this fall, have a pretty funky paradigm when it comes to how big the ego should be. Generation Z falls right behind us Millennials, who have been criticized for being overly encouraged as kids. If Millennials are getting a bad rep for loving the participation trophy and being way too self-confident, what’s a Generation Z-er to do when it comes to trying to sell themselves to colleges?

Listen up, Generation Z. Take it from a so-called self-obsessed Millennial herself: a place between humble and prideful exists, and that’s the exact place you want to reach in your college application essays. Here are five “what ifs?” of college essay humble-bragging and what to do about each of them.

Related: How to Write a Great College Application Essay

If you’re afraid of bragging...

College essays are about selling yourself. If you were selling a pen, you would definitely want to talk to your buyer about the pen’s high-quality ink, super-comfy grip, and trendy appearance. You would never leave any of those amazing pen attributes out because you want the buyer to want the pen. When writing your college essays, think of yourself as the pen. Never, ever leave out something great about yourself because you are afraid of bragging. College essays are the only time you get to talk about all of the wonderful things that make you you without anyone judging you for it. So take advantage!

If you want to come off as confident…

Showing confidence in your college essays might sound tricky, but with the right anecdotes, you can fully achieve that confident aura without literally saying, “I’m confident!” If you’re passionate about something unique that you might not have mentioned in your college app thus far, write about it in the essay. Talk about the time you did an underground production of The Rocky Horror Picture Show even though you didn’t know anyone else auditioning for it. If you thought becoming a ventriloquist as a kid was really cool and eventually gave it a shot, write about it. The best way to sound confident without outright telling the reader so in your essay is to write a story that shows you are confident. That will be more than enough to sell them on you.

If you think you might sound full of yourself…

The “show, don’t tell” rule of writing applies in college essays too. For example, if you are writing an essay about your summer job, never say, “I was the best employee at the grocery store.” Rather, show that you were a great employee by telling a story about the time you caught a shoplifter or exhibited great customer service. You never need to tell the reader you are superior or the best in any way if you can show them instead.

If you feel the need to tell the reader your credentials....

There is a whole other section of the Common App where you list the leadership roles you’ve had and the awards you’ve won. You don’t need to mention them again in the essay portion unless the story you’re telling calls for it. Say you are writing an essay about the time you won a particularly interesting debate for your high school debate team—you can write about your accomplishment without sounding cocky. For instance, rather than saying “I was the best debater on my team, which is why I am captain,” you could talk about the reason you are so passionate about whatever topic you debated that day.

The place for competing with what you’ve done in high school is in the rest of the Common App. The place for letting the college know who you are and what you’d be bringing to the college’s community as a person is in the essay. The best way to make yourself more competitive in the essay portion of your application is to write an essay that describes exactly who you are on a day-to-day basis rather than talking about your achievements. There are a few colleges famous for requesting applicants to pick one of their friends and have that friend write an essay about said applicant. While that type of essay might sound pretty nerve-wracking, the takeaway from the prompt is that colleges want to know what someone you hang around all the time thinks of you. Ultimately, a university is looking for a great addition to their campus, and in the case of writing a portrait of your personality in an essay, you should never have to brag, and you should have a lot of reasons to be confident in who you are.

Ultimately, the college essay is all about balance. Don’t tell the reader how great you are—show them instead. Admission officers will rarely be turned off by an applicant who wrote a great story about something wonderful they did, but they might find it a little off-putting if you call it wonderful yourself.