How College Changed My Outlook on Religion 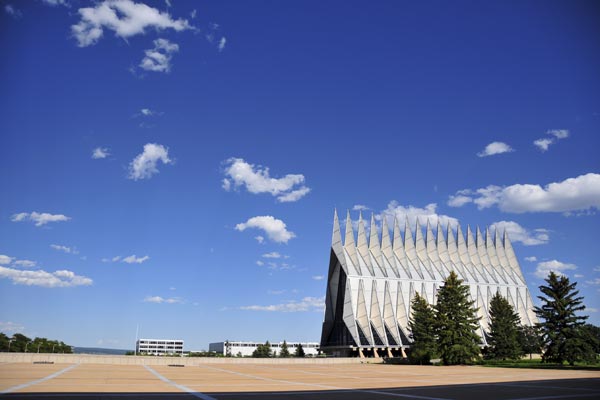 For the small minority (or so it seems) of high school and college students who are fairly religious, religion can be a big part of the college search. What a school’s religious affiliation is, if any; what churches are in the area; what other religions are represented on campus; and countless other factors might come into play in their college decision. As someone who held on to the faith my parents gave me (Roman Catholic, by the way) pretty tightly as I moved away from home, being exposed to the different religious makeup at my college was a new and sometimes intriguing experience that has already changed the way I see the world and my faith. Because of this, I wanted to talk about my experience and try to help those who might have a few questions of their own.

But before I get into all of the religion-related things that changed when I moved out of my parents’ house, I should start with explaining what my religious background is like. As I said before, I grew up Roman Catholic, and the majority of my friends and family were of the same faith. There are at least half a dozen Catholic churches in my hometown. The exposure I had to other religions growing up was minimal: I knew a Mormon woman, and I had a Muslim classmate, but that was about it. I went to Sunday school when I was very young and started going to a private Catholic school when I was in sixth grade, and I stayed with Catholic education until I graduated high school. Needless to say, I was essentially surrounded by Catholics for most of my childhood.

However, when I started at Morehead State University, everything changed. My school is about two hours from my hometown, a reasonable distance that allowed many things to stay the same—but some things to be hugely different. I always knew the area I grew up in was unique in its high population of Catholics, but I never realized how unique it was until I moved away. My university is fairly small and situated in an equally small town, not much different in size from my hometown, in fact. But compared to the half-dozen or so Catholic churches in my hometown, my college town boasts one in the whole county.

So what’s the big deal? When I moved away from home, I knew I was moving to an area where a lot of people would have different beliefs from myself, but I didn’t realize what that would mean until I got there. Catholicism is unique among Christian religions in that sometimes we’re the “outliers,” with unique traditions and beliefs. So when I started college, I encountered a lot of questions about my faith, and I felt compelled to answer them. Often, this was difficult, because I had to answer for things I had considered commonplace and without need of explanation my entire life. But it also helped me because I was compelled to look at things from a new perspective.

I recently joined the Newman Center (the student center for Catholics) on campus, and that has helped me realize that there are others who deal with some of the things I’ve found myself dealing with, though I’ll admit there still aren’t a ton of us. But I’ve also joined a group on campus by way of my friends that works to support and educate people interested in or practicing alternative religions. I am still very much an outlier there as a member of an old, well-known religion, but this organization has educated me on many religions I had no idea existed. At the same time, it has actually helped me grow in my own faith, as I get a chance to share and reflect on what it means to be Catholic.

What does all of this mean if you’re moving someplace with a religious demographic you’re not used to? It means be open. And I don’t mean you should change your beliefs just to fit in, even if you feel pressured to. As many Catholics can relate, I got a lot of weird looks on Ash Wednesday (the day that marks the beginning of Lent, the period leading up to Easter, where we go to church and get ashes placed on our foreheads; it needs a lot more explanation than I can give here!). But even though I had been nervous about going to Mass (a Catholic church service) and then walking around all day with ashes on my forehead, I wasn’t discouraged. In fact, it was a fairly convenient way to tell how many other Catholics were on campus, and we all knew we had something in common, even if we were strangers before. I even had friends who weren’t Catholic who thought it was interesting and even kind of cool. They were nothing but supportive and not judgmental at all.

Don’t be afraid to talk about your beliefs. It’s true that in many situations you’re still better off following the cardinal rule of not talking about religion and politics, but you might be surprised by how many of your new college peers will be willing to talk about their beliefs as well as yours. For most people, college is a time of change and discovery, and religion can be part of that, so don’t feel like you have to hide your faith to fit in. I know from feeling self-conscious when I prayed before meals in the dining hall when I first started school that being outwardly religious in college might feel a little weird, but everyone else is self-conscious about their own habits enough that no one will judge you for doing what you want to.

Overall, starting college brings a lot of changes, including your relationship with your faith. For me, my faith only got stronger, but I know a lot of people for whom that’s not the case. I have an even deeper appreciation than I did before for my home parish, but I also have a wider, more full (though not to say anywhere near complete) view of the religions and practices of others. And as someone who’s always been active in their faith, that’s important to me. So whatever religion means to you—even if it means nothing at all—know that if you choose to, there’s a lot out there to learn. And college is a great time and place to start.

The Challenge of Living My Faith on Campus

Christmas on Campus and Charlie Brown

Emily is a college freshman at Morehead State University, where she is studying communications and theater. When she is not in school, she is an actor, musician, singer, and writer.