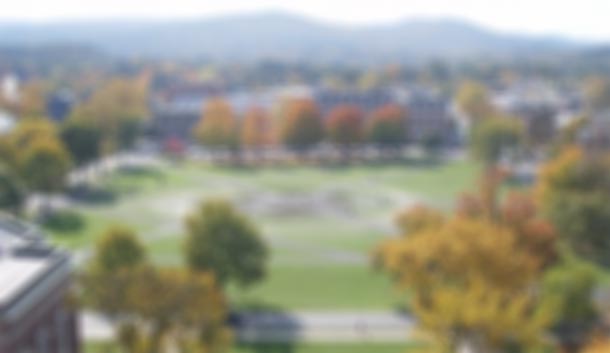 A Tale of Two Transfer Students

Finding the right college is always a combination of head and heart. Transfer students, like these two, know that better than most.

This is the story of two college freshmen—and how their lives didn’t go as planned. Their names have been changed to protect their privacy, but their stories are common.

Karen enrolled in a little school in Rhode Island in the fall of 2014. It wasn’t her top choice, but it was the one that gave her the most money. She moved into her dorm in the fall and things were fine enough . . . at least until the weekend rolled around. She says the campus turned into a ghost town. No events, no parties, not even little get-togethers in the dorms. Karen talked to her parents about her situation and how unhappy she was. Her first semester wasn’t even over before she applied for a transfer to her top-choice school. She was accepted and found herself on that campus for the start of the second semester. It costs more money, but thus far, she has been much happier at her new school and thrilled with her decision to transfer.

Michael, on the other hand, did end up going to his top-choice school, a small university in New Hampshire. He enjoyed his classes but he soon found he too didn’t love the campus vibe as much as he thought he would. Then the cost put a bigger burden on his parents than they realized. He didn’t want to borrow the money it would take to close the gap because he knew he would be setting himself up for a heavy financial burden upon graduation. So, just like Karen, by the end of his first semester, Michael made the decision to leave the school. He moved back home and enrolled at a community college, where he says the classes are just as interesting and challenging. He still wants a bachelor’s degree, so he’s completing his gen eds while he researches transfer opportunities at four-year schools.

Michael and Karen both made the best decisions they could, based on their unique situations. They considered their well being from a lot of different angles: academic, social, financial, and more. A lot of people told them to stick it out for the whole year, to give their schools a fair chance, and that’s often fair advice. But they looked at the facts and listened to their instincts and made the difficult decision to cut out earlier rather than later. Both students seem to be happy with their decisions, even though they face new challenges following their transfers.

Karen and her family now must contend with a higher bill, but they decided as a family that they could afford the switch and that it was worth the cost, because she’s an infinitely happier student with just as many—if not more—academic and career opportunities available to her. Just like Michael, it not only looked like the right decision on paper, but it felt like it. “I knew right away it wasn’t a good fit for me and I can’t believe how happy I am now,” she says. “Once you find the right school for you, you really just know.”

Michael has a tougher road ahead of him than a lot of his peers who are set in their four-year college trajectory but perhaps an easier road than those who are slogging through programs at schools they don’t love and/or cannot afford. He’s trying to set himself up for future success, even if it means sacrificing some of the traditional college experiences along the way. He’s learning how his college decisions can impact his life and his future.

Transferring comes down to shades of gray. Priorities and personalities. Students transfer for many, many reasons, but in any case, it takes a lot of courage to change, to admit that things didn’t go as planned, to try something new.

Finding the right college is always a combination of head and heart. You have to think like a consumer, looking at student outcomes, evaluating a school’s reputation, and ensuring there are campus resources that can help you achieve your goals. But you also have to listen to your gut, give yourself freedom to change, and forgive yourself if you make mistakes. Transfer students know that better than most.

Are you a transfer student? We’d love to hear about your experience. You can share them in the comments or get in touch with us on Twitter @CollegeXpress.

CollegeXpress has helped me with the college application process. The tips and tricks for important essays were so helpful. I also gained useful knowledge about college life. Even though I’m fully online, CollegeXpress has helped me develop a sense of how college is in person. The experiences from college students that were featured on their Instagram page have shown the good, the bad, and the “secret” life on campus from a reliable perspective. Not to mention, they relieved my feelings of anxiety about the workload. I can now understand how it can be stressful, but it takes self-control and willpower to get assignments completed on time and with quality.

My mother signed me up for a couple of scholarship contests through CollegeXpress. I was also able to do some research and compare the different schools on my list. I was able to see the graduation rates and different programs that helped me decide on Adelphi University. I will continue looking for some scholarships for my start in September.