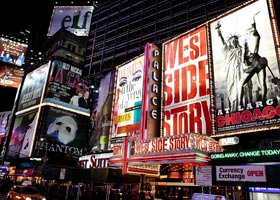 The Best M.F.A. Theater Programs in the Country: Acting

If you're a starry-eyed, Broadway-bound triple threat who also happens to be on the hunt for a graduate degree, you should check out these M.F.A. recommendations from OnStage. Honorable mentions include Brown University/Trinity Rep, UC-Irvine, DePaul University, The Juilliard School, and University of Missouri Kansas City.


Source: Used with permission from OnStage.

Want more information on how this list was compiled? Find out more here.

You need to be registered or signed into your CollegeXpress account to view more lists.

Not a member yet?
What are you waiting for!