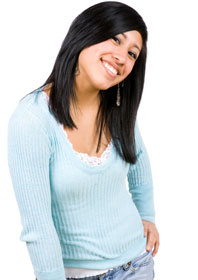 As the new school year begins, the bittersweet emotions of sending last year's seniors out into the real world may linger, but they'll soon be tempered by the anticipation and challenges of a new freshman class. This year's high school freshmen were born in or around—wait for it—1998.

That's right. When these kids were born, Clinton was in the Oval Office, Monica and Chandler had just gotten together, Mark Zuckerberg was 14 years old, and you could still leave your shoes on at the airport. It doesn't seem so long ago, and yet the world they were born into is vastly different from the dynamic and ever-evolving one they've grown up in.

Whether one or several decades separate you from the Class of 2016, here's a look at some of the characteristics that define them:

Aside from their sometimes baffling preferences for things like skinny jeans and Justin Bieber, personally, I have high hopes for today's high school freshmen. What are your thoughts on the Class of 2016? What do you see as their biggest strengths, and what do you hope they'll accomplish? Discuss in the comments.

How to Advise Future Transfer Applicants