Moments and Memories: How to Write Your Best Common Application Essay 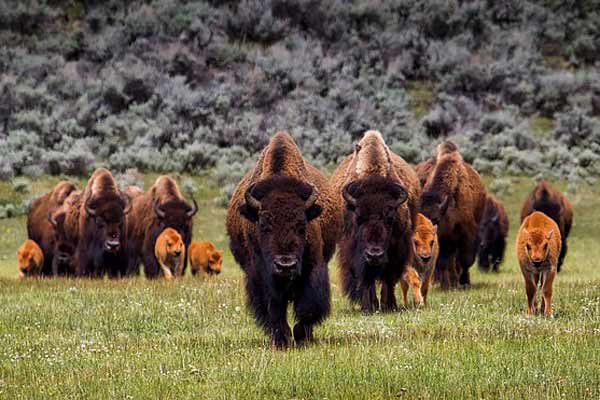 If college applications are barreling like a thousand stampeding buffalo toward you, chances are the Common Application essay leads the pack—one of the seemingly most intimidating parts of the process.

The prompts for the 2017–2018 application season are as follows:

Although it might seem tempting to relax the whole summer, much less effort will be required of you come fall if you take some time to ruminate upon and/or have experiences to write about during your vacation.

Part of the problem, of course, is how broad the topics are. Being broad and general is the last thing you want to do.

“Step in the shoes of the person who will be reading your essay. They want to see a real person, who struggles and who has flaws, and who is trying to improve him or herself,” says Kyle Huang, a current high school senior from California who has been accepted to MIT, Vanderbilt, and Yale, among others. “They don't want to read the same thing over and over again, so make sure you do something to stand out. Any story can be told in an interesting way if you make it.”

His essay for the Common Application, using the guidelines of prompt one, began with an anecdote about seeing the sunrise from a plane window—a specific moment—to illuminate his journey and differences that he experienced when transitioning to America from Shanghai, China.

Likewise, current senior Duha Alfatlawi (accepted to Harvard and Columbia, among others) framed her 650-word narrative, which took her from Iraq to the US, with simple objects that meant much to her.

“I wanted to show the admissions counselors that I came from a completely different world when I was young but that throughout my journey to America, I remained inquisitive and adventurous,” Alfatlawi says. “To represent these two traits, I used my magnifying glass and my training wheels. I said that those things are no longer tangible items for me since they were left behind; however, their symbolic meanings are still a huge part of my life as I continue to want to explore the world, travel, and of course delve into the world of nanobiology and engineering, a world in which I would need a magnifying glass to look into.”

Both of these essays share moments, which you should seek when writing. Moments can be based around objects (like Alfatlawi’s magnifying glass), places, people, ideas, or a memory no more than a few minutes long (like Huang’s sunrise).

Moments provide an entry point to the essay, giving it a thematic, contemplative side (or a humorous perspective) without having to resort to common clichés, and can be used at the end to tie up all threads of the mini-narrative. The word limit can be restrictive, so having these types of symbols helps in that manner as well.

These moments should be looked for, contemplated upon, or experienced as soon as possible to give the subconscious enough time to work in developing the strongest idea possible.

“Starting early is a really important component to producing a quality essay, because it gives you time and the ability to really develop what you want to say,” Alfatlawi says. “Overall, I think it's important to present yourself in a way that is true, but also distinguishing.” 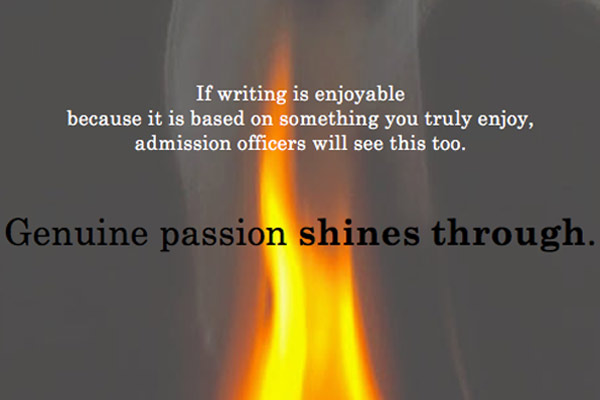 The first steps in both students’ Common Application essay process include brainstorming and outlining. While these might sound rather tedious and school-like, the goal is to have fun with whatever process you ultimately choose—if the writing is enjoyable because it is based on something you truly enjoy, then it can be reasonably inferred that the admission officers will see this too. Genuine passion shines through.

So start a list this summer and add to it as you think of more ideas or have more experiences—adding what truly matters to you, regardless of how “trivial” you might think it is. It’s more important to be honest when writing than to write merely to please the admission officers.

“For people who maybe don't [think they have] a super interesting story to tell, I'd tell them don't pull their hair out for it,” Huang advises, adding that the telling of the story and the personal voice you develop is most important.

While making your list, if you find it difficult or think an improvement can be made, summertime is great for making memories and choosing moments. Decide which trait you would like to present to admission officers in your essay, or which theme that runs through your life you’d like to explain; with that knowledge in hand, seek out moments that correspond, and begin to write.

“Think about all the little stories that you can tell surrounding your main topic,” Huang says. “Really try to show your personality in the essay(s)…Don’t talk about academic achievement too much—they already see that in the rest of your application.”

These moments are, after all, the ones that translate best into stories people seek to read. One of the most cliché pieces of advice—“show, don’t tell”—is what helped Huang in his many applications.

“Instead of saying, ‘I did not understand anything on the board,’ say something like, ‘The lines and scribbles on the board seemed like a foreign language,’” Huang explains. “Clearly, the latter one really paints a picture really well in the reader’s mind. I found that using imagery or using a small real-life example is really beneficial in a lot of cases. Doing so breathes life into your sentences.”

Seek moments, and the lead buffalo of college applications will begin to slow. Here’s to hoping that makes the rest of the process easier to control too.