Improving Your GMAT Score: How to Overcome a Plateau 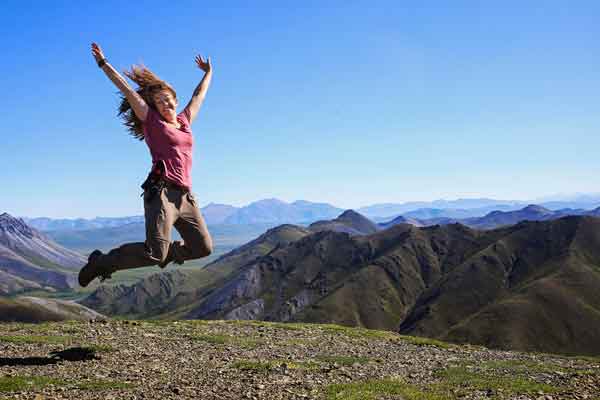 For almost a decade, I've worked with students prepping for the GMAT. If you're also studying for the test, you probably won't be surprised to learn that GMAT students tend to be a little…let's say, Type A. After all, you're the future leaders of the business world, and some intensity is a good thing.

However, there's one point in almost every GMAT test prep journey where this intensity not only stops helping you, but also prevents you from getting the score that you want.

That point is called a plateau.

Well, call it a plateau, call it a rut—I'd say at least 85% of the students I've worked with hit a point about two-thirds of the way through their studying where the big score gains they saw at the beginning of their studies have slowed, then halted. Some of these students may even see their scores go back down.

The good news is that, with the right mindset, you can break through that rut and go on to obtain the score you want. To do this, you'll need to experiment with a few different approaches to see which will work for you.

Trust me, though—if you keep stubbornly doing what you've been doing, doubling down on the methods that have gotten you this far, you're in essence beating your head against the wall.

Here's what to do instead.

Determine where you (really) are now

At the beginning of your studies, you may have taken a diagnostic test to get a sense of the areas you needed to focus on most during your prep. However, if (like a lot of students) you haven't been taking practice tests regularly—did you know that one a week is ideal?—it's time to re-diagnose yourself. Sit down with a GMAT practice test. Then grade it, because I know you won't be able to wait until the next day.

The next day, though, be prepared to spend as much time reviewing your practice test as you did actually taking it. That's right—a good test review should take you three to four hours. Keep an error log of the problems you got wrong, as well as their solutions (and how to get there). Then, look over your error log with an analytical eye. What types of questions did you get wrong? Why did you get them wrong? What types of questions did you get right? Why did you get them right—were you guessing? If you've been taking practice tests along the way, how does this compare? Is there a particular question format, such as data sufficiency, that gives you particular trouble?

Before you can make progress, you need to know exactly where you are now. This method will show you that, while also showing you where you have the potential to gain points.

By the time you've hit a plateau in your GMAT studies, you've probably used some of the official GMAT materials. If you haven't, now's the time to start! But most students use these materials in combination with other sources of lessons and practice questions. If that describes you, take a cold, hard look at your non-official materials, comparing them with the official ones. Are the problems actually test-like? Are the answers well explained? Are the questions easier than what you'll see on test day? Sometimes a change in materials will help you shift your perspective enough to break through to the next level.

Yeah, I know you probably won't do this. I have to say, though, if you have more than a month (and especially if you have more than two months!) before your official GMAT exam, taking four or five days away from studying can help you clear your mind and return to studying with much greater enthusiasm (or, if nothing else, a reignited sense of urgency). It's really easy to lose motivation as you work through the complex process of GMAT test prep, and sometimes you really do need to lean into that before you can move on.

Chances are that you haven't been keeping an error log, as I described above, to this point. Make one now. And go back to the beginning of your studies to help you do this. I know this is a time-consuming process, but it's absolutely worth it.

Once you have a notebook filled with questions you got wrong on one page and the answers and explanations on the facing page, look for patterns. Look for improvement or lack of it. Re-do the problems once a week. Keep re-doing them until you're consistently getting those problem types right on your (now weekly) practice exams.

Once you've looked at what you've done and where you are now, and taken a short break, it's time to go at your studies with renewed gusto. If you've followed the advice in this post, you're in a great position to make progress. It may take some time, but actually, official GMAC studies have shown that test-takers scoring 700 or above put in an average of 121 hours of study—and that other score brackets show similar patterns. So if you're studying well, you know where you've been, and you know where you're going, it's probably a simple matter of time. Keep using those quality materials, and let the stubborn part of your personality help get you through this. You can get there in the end!

How to Succeed on GRE Test Day

Should You Go to Graduate School During the Pandemic?

Rachel Kapelke-Dale blogs about graduate school admission for Magoosh. She has a BA from Brown University, and did her own graduate work at the Université de Paris VII (Master Recherche) and University College London (PhD). She has taught and written about test preparation and admission practices for eight years.