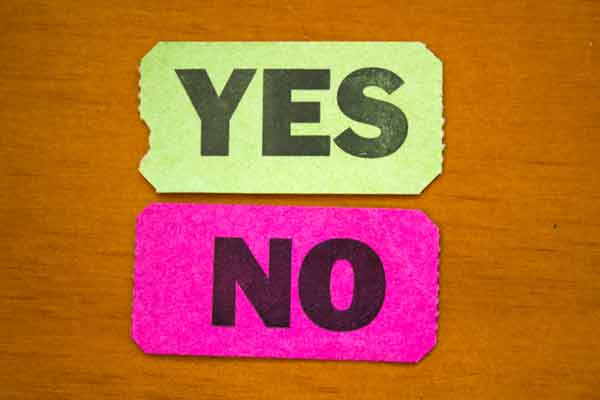 The essay is easily one of the most difficult parts of the college application process. How can someone describe themselves in such a short amount of space, especially when all their accomplishments are listed on the page before and they don’t want to sound repetitive? There are a few clichés to avoid in the college essay world. Keep reading to find out what to avoid and what to approach in your college essay writing journey.

Worst of the Worst

A great college admission essay makes the reader say something along the lines of, “Wow, I’ve never heard of someone who did/experienced that before.” Know what nearly everyone has experienced before? Winning or losing. More specifically, almost everyone has either won or lost a sports game. Talking about your experience coping with your win or loss will pile you in with every other applicant that the admission officer reads about that day, aka the exact opposite of what you want to happen to you and your beloved essay.

A lot like dating a bad boy, this essay tempts you. Think about it: talking about your love life seems deep. Maybe a breakup feels like the biggest hardship you have faced thus far, or perhaps you think the way you supported your 10th grade girlfriend during her science competition seems like a great metaphor for how you plan to support your university community. However, just like with any good piece of writing, you need to know your audience. And in this case, your audience does not think anything about your high school relationship sounds impressive. College admission officers have not been in high school for a very long time. They might have been through a divorce or had to support their spouse through the death of one of their parents or children. But they have a bit more perspective on relationships than the average high school senior, so they will probably not find the demise of your junior year relationship as poignant as you do.

Everyone who has been to Togo/Haiti/Guatemala wants to write about the time they saw real Third World poverty for the first time and extrapolate on how their lives were never the same after said experience. And while that experience may have really affected your life, it affects the lives of thousands of upper–middle class students around America in the exact same way, and they are all writing the same essay about it as we speak. If your time in Sierra Leone really feels like what you need to tell your dream school about, talk about a specific experience, like a conversation you had with someone who lived there. The cliché service trip essay often sounds incredibly vague, so if you must write about your experience, make sure you tell a very specific story that brings the reader into a certain moment with you (more on that later).

I once had a friend show me an essay he wrote in which he had to describe the best day of his life. Naturally, he wrote about the time he slept until five in the evening, ate some ice cream, then went back to sleep. However, he was not a lazy kid at all. He was really into piano and lacrosse, but he wanted his essay to sound off the beaten path and unique. So rather than talking about one of his passions, he decided to write about something he knew no one else would try…the time he slept all day. Unfortunately, there is a really good reason no one else wrote that essay. The same goes for trying to be creative and responding with one word, one sentence, or a poem. Although those are very different responses from what admission officers reads, this does not mean they are good responses. There are other ways to stand out without compromising your intelligence.

The first time I went to Harvard to hang out with friends, I met a student who was raised by wolves. Yes, you read that right; she actually grew up in a wolf rehabilitation community. Sure, she was also a model and an Economics major, but the whole raised by wolves thing was definitely more memorable than anything else about her. If you grew up in a unique way that affects who you are now, it might be worth writing about in a college essay to make your application more memorable.

Focusing on a moment

If you decide you have to talk about one of the cliché essay topics mentioned above, a good way to tell a more common story is to focus on one specific moment and build from there. For instance, if I were only interested in field hockey and felt I absolutely had to write about the sport in my essay, I would not write about some vague game and how good it felt when my team won. I would write about the sound the ball makes hitting the back of the goal, how my adrenaline changes in that moment, how all the sounds around me slowly rush into my ears afterwards. Then, most importantly, after describing the moment, I would write about its significance by connecting it to some larger idea or meaning or characteristic about myself. Focusing on a moment that changed your life—such as the time you broke your back as a kid in a car crash, or the time your dad told you the family was moving to a different country—can also function well in your college essay.

A good friend of mine in high school had to answer an interesting question for the school where he ended up enrolling. The university’s supplemental application asked him to describe one of his quirks. I distinctly recall reading my friend’s essay about him being a storyteller above all else and visibly grinning as my eyes passed over each line, because the essay was just so genuine and true. He was a storyteller; he told all of us tales of his fly-fishing summer job in the Adirondacks, spun yarns about wolves that spoke to him while he was camping, and talked about his skydiving uncle like he was a superhero in a comic book. The storyteller anecdote never would have come through in the rest of his Common Application, but it was truly one of his most significant personality traits. So, lesson learned, read over your Common Application, and at the end, ask yourself, “What’s missing?” Who knows—the answer to that question might be the basis for your admission essay.

If you have a friend or family member who reads a lot of books in their free time, I bet you think they’re pretty intelligent. Fortunately, colleges will think the same thing about you if you decide to incorporate your love of literature into your essay. Maybe you have a book in which you strongly relate to one of the characters. Perhaps a philosophical text really elucidates your current paradigm. Or maybe you strive to write like a certain author one day. Whatever the case, you really cannot go wrong writing about the literature you love, as your passion for it will shine through the pages.

What did you write your admission essay about? Did it work? Let us know in the comments! And find even more college essay advice in our Application Essay Clinic.