Use Dialogue to Write an Attention-Grabbing Application Essay 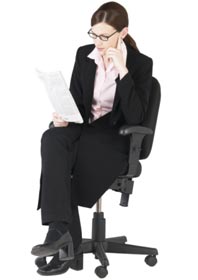 Admission officers are swamped with applications. Swamped. Particularly at very selective institutions, they need to make quick judgements about students' applications and personal statements. This makes the opening line of that application essay critical. If you want to wow them from the get-go, follow the advice below.

“I hate to break it to you, but your essay might not get read,” my college counselor remarked without even looking up from his computer as I nervously handed him my first draft.

I was horrified at the time, but he was, and still is, right. Just picture it: admission officers, especially those for the most selective institutions, are sifting through a record number of applications and have about three months to eliminate the majority of those deserving, accomplished candidates.

And guess what? When it comes to the Ivy League and their ilk, most of those applicants look identical on paper, with comparable grades, test scores, activity lists, accolades, and course loads. After pulling several weeks’ worth of consecutive all-nighters, the admission officers’ eyes start to blur, and they can barely differentiate among the nation’s best and brightest teenagers, all eagerly vying for a coveted spot in their school’s freshman class. As they flip through the paperwork of yet another valedictorian, someone remarks, “Annie Applicant looks like a run-of-the-mill achieve-o-tron.” But they haven’t gotten to the essays yet, and that’s where students really set themselves apart! They note items on the transcript—over 200 hours of volunteer work at a local special needs daycare, a patent application, a regional award for a short story, the lead role in three school musicals—that really fascinates them, so they assume the essay will shed light on some of these impressive endeavors. Right?

Then they hit the first line of her personal statement.

“For as long as I can remember, I have loved to read. When I was younger, books were my escape. I could really relate to the characters and would get lost in various stories for hours at a time. If I had a bad day, I would curl up with a book.”

Before the admission officers even hit the fourth sentence, they’ve tossed her file into the “eh” pile, purgatory for applicants who don’t have the writing chops to match their academic records. Have Annie’s chances of admission been dashed? Not necessarily, but the uphill battle is infinitely steeper now that she’s done nothing to set herself apart from the other applicants who, shockingly, also love to read.

Perhaps the third paragraph is where Annie’s narrative really comes alive as she weaves readers through her favorite novels and relates characters to her everyday life, giving insight into her world, but who would read that far? The opening is so generic that admission officers simply don’t have time to give Annie the benefit of the doubt; they quickly move on to their discussion of Joe College, whose first line describing his sublime experience as Townsperson #5 in his school play makes them laugh out loud.

So how do students master that strong opening without seeming too gimmicky or desperate? How do they make the gatekeepers to the country’s top schools stop and think, “Wow, even though I am going blind from squinting at countless single-spaced pages, I sure wish this particular essay were longer than 650 words!”?

A great way to capture admission officers’ attention in the application essay is starting with dialogue. This approach is certainly not a Band-Aid for an otherwise mediocre essay, but it might just keep someone reading long enough to get to know you as an applicant.

But before you slap a witty exchange on the top of your essay, make sure you heed these warnings:

Don’t make the other person too interesting

You open with: “‘Hey, are you free to come to the environmental club meeting?’ asked my friend Kevin, who was canvassing the library to recruit helpers for the school-wide solar panel installation project he would be pitching at the next faculty meeting.

‘Sorry, but I’ve got miles to go before I sleep!’ I tell him as I launch back into my independent research project on the theme of depression in Robert Frost’s poetry.”

How might admission officers respond to this exchange? Suddenly, they are more interested in Kevin than they are in you. Then, they put your application aside and look to see if there are any applicants named Kevin from your school so they can learn more about this unique solar panel project.

You should have used Kevin’s voice as a sounding board for expressing your own passions and beliefs, not as the force driving the conversation. You have to remember that you’re selling yourself, not your friends, and you don’t want to be overshadowed by your own essay’s supporting cast.

You open with: “’I have to scamper off to my occupation of preparing caffeinated beverages!’ I elucidate for the benefit of my roommate, Natalie, as I ambulate through our means of egress.”

Admission officers will read that, scratch their heads, and think, “Yeah, I see that she knows some SAT words, but did she mean, ‘I’ve got to run to my job at the coffee shop!’ I shout to Natalie as I scamper out the door”? That version would have saved time and sounded more like an authentic teenager. Now they really have no idea who you are, and even worse, they probably find you annoying.

You open with: “’I’m so wiped I don't even know what to do. Like, I can’t even. It’s ridic!’ I whine as my BFF Selena sits down beside me in English class.”

Admission officers ask themselves, “Is this her real essay? Someone must have hacked her Common App account, because no one would risk coming across as this vapid!” They then worry that you won’t be able to hold your own in seminars on War and Peace when you don’t have the attention span to finish typing the word “ridiculous.” Even if you sound that way in real life (I hope not!), you need to be cognizant of the fact that an essay this important requires you to bring your verbal A-game.

In general, don’t be afraid to lead off with an in-medias-res conversational tidbit that will help you come to life.

Here is an example:

“You ski for how many miles? Then you shoot a rifle?” Andy gasped in disbelief as I explained that I couldn’t hang out after school because I had to go to the range and practice my aim for my upcoming biathlon.

“And every time I miss the target, I have to ski a 150-meter penalty loop just for good measure,” I added, chuckling as Andy’s jaw dropped.

Take your time thinking about what examples best represent you as an applicant in the context of the application essay prompts given. Then, once you narrow your options to a worthy anecdote, explore that moment—and the unique, enchanting, entrancing dialogue within.