Public and Private Colleges That Don't Stick to the Definitions... 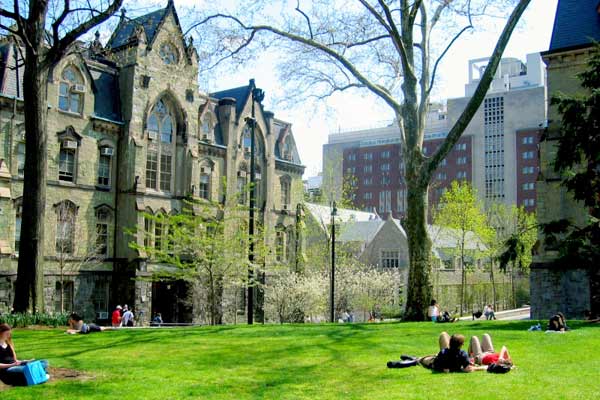 But how well do colleges and universities stay in their classified labels? If the difference between a public and private school is one of the top deciding factors in your college search, consider some of these institutions that seem to cross the boundaries between private and public.

Gonzaga University, a private liberal arts school in Spokane, Washington, has an undergraduate population of just over 5,000 and a student-faculty ratio of 12:1. However, it is home to successful Division I sports teams and is cited by many sources (including CollegeXpress and Business Insider) as one of the most spirited schools—characteristics that are generally more typical of public universities and state schools. Similarly, the University of Notre Dame, a private university with a ticket price of almost $70,000, is one of only 15 universities (public and private) in the US to have all its campus sports participate in NCAA Division I.

Liberty University in Lynchburg, Virginia, is another private institution that doesn’t stray too far from typical private school traits: it’s a church-affiliated university that’s very selective (only 24% of students are accepted) with a tuition of over $20,000 for both in-state and out-of-state residents, not including room and board. However, it has an outstanding amount of undergraduate (and graduate) students: their total enrollment exceeds 110,000, almost half of which are undergrads! This number exceeds many public school populations, like the University of Texas at Austin, a huge state school with just over 40,000 undergraduate students. Liberty’s big student body equals a student-faculty ratio of 24:1—on the high side for a private school.

Purdue University, a public university in West Lafayette, Indiana, has a student population of almost 30,000 undergraduates. Its academic programs, though, are often compared to those of Ivy League schools, whose populations usually range from 5,000 to 20,000. The Wall Street Journal and Times Higher Education have named Purdue a Top 5 Public University in the United States. While its Division I sports teams and list of over 200 majors seem to fit its categorization as a public university, the prestige that is attached to a degree from Purdue rivals that of a private school, but at a much more affordable tuition price.

The College of William and Mary, in Williamsburg, Virginia, is one of the original “Public Ivies” because it has many private university characteristics but is financially supported by the state. Not only does it have a small student population (over 6,000 undergraduates), it also has a 12:1 student-faculty ratio (the same as Gonzaga’s). In addition, it is extremely selective in admissions, with a 36% acceptance rate. CollegeXpress classifies it as a “Very Selective” school amongst these universities.

The College of Charleston is featured on the CollegeXpress list “Where You Don’t Need to Be Needy to Get Financial Aid,” one of very few public universities on the list. (Private universities often have more funds available for merit aid and institutional scholarships, which can offset higher tuition costs.) Another public school on the list, Clemson University, may actually become private soon. Based on a bill filed in 2016, all public universities in South Carolina could become private, meaning state money that currently funds these schools would be used as scholarships for students instead. An increase in out-of-state students is one reason behind the bill, according to Representative Mike Pitts. State schools and land grant universities like Clemson are usually inundated with in-state residents, but since these schools collect higher tuition and fees from out-of-state students, student bodies at many public colleges are becoming more and more geographically diverse.

Bottom line: don’t let the label of “private” or “public” solely determine your college decision. Instead, consider each of the following topics, and look for a university that satisfies your preferences. Each university will be different, and each will come with its own mix of characteristics.

Did any of these colleges fool you? Did we miss a public school that seems private or a private that seems public? Let us know in the comments!