What's So Special About the Ivy League? 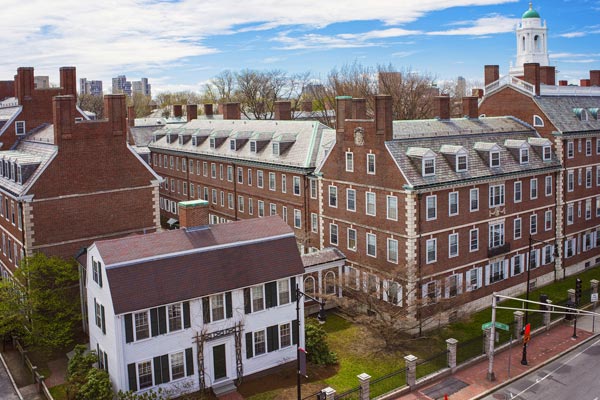 When talking about higher education in the United States, it often feels like there are colleges and universities—and then there’s the Ivy League:

These eight universities are among the oldest and most prestigious of all higher education institutions in the United States (if not the world).

But what exactly is the “Ivy League” all about, and what makes these schools so special?

The “Ivy League” collegiate athletic conference (NCAA Division I) was actually officially established in 1954. It comprises these eight powerhouse universities, all located in the northeastern United States. However, the term “Ivy League” dates back farther than that, though its exact origins are still debated.

Over the years the “Ivy League” came to describe these schools beyond their athletic conference, and today it speaks to the schools' reputations of academic excellence, highly selective admission process, and enviable career opportunities for students. And those impressive reputations are well founded. These institutions are home to some of the most cutting-edge facilities in the world, their faculty members are leaders in their fields, and their alumni are highly accomplished as well.

You might also be surprised to learn that Ivy League schools provide some of the most generous financial packages out there. In fact, every single one of these schools meets 100% of admitted students’ demonstrated need (and they all practice “need-blind” admission). This generally means that if you are accepted to one of these schools, you can afford to go, making an Ivy League education surprisingly accessible—even for students coming from the poorest families.

Finally, the impact of attending an Ivy League school lasts long after graduation. Because of the substantial social and political clout associated with attending these schools, students may find that having an Ivy League university on their résumé opens doors to impressive jobs, internships, research positions, and more.

Even though the Ivy League comprises incredible institutions that afford many special opportunities and privileges, it’s important to note that they are not the definitive list of the “best” colleges. Other institutions offer similar—even superior—facilities, professors, opportunities, and more.

Private schools such as Stanford University, University of Chicago, and Massachusetts Institute of Technology (to name just a few) frequently go toe-to-toe with the Ivy League on “best college” lists. In terms of mind-bogglingly low acceptance rates, schools like Alice Lloyd College, the Juilliard School, and the Curtis Institute of Music have most Ivy League universities beat. And a whole list of comparable state schools—aka the “Public Ivies”—has sprung up in recent years, with institutions like University of Michigan—Ann Arbor; University of California, Berkeley; and University of Virginia giving the “old” Ivies a run for their money.

It’s important to note too that a college’s prestige can also have little to no bearing on students’ future outcomes, from their career opportunities to overall happiness. Great leaders, thinkers, artists, activists, and athletes come from all walks of life—and all kinds of colleges and universities. Your college doesn’t make you successful; only you can do that.

So there you have the Ivy League in a nutshell, plus a few caveats. Below you’ll find a bit more information about each of these eight schools.

So, what do you think makes the Ivy League so special or, dare we say, not so special? Do you attend one of these schools—or do you want to? Leave a comment and let us know.