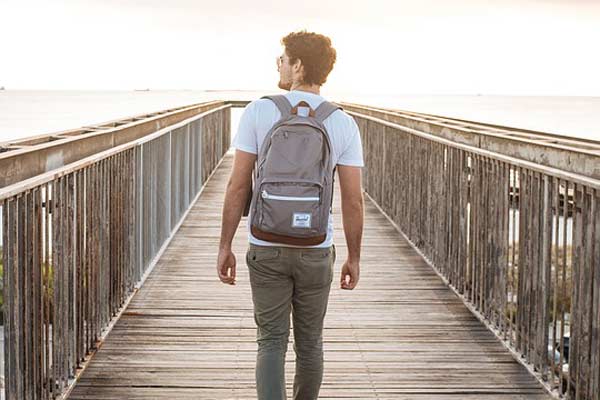 Once junior year hits, you’ll find college is mentioned at every corner, whether it’s your mom hinting at your (considerably average) SAT score or your AP Calculus teacher screaming about it in your face. You’ll start asking yourself the same old questions: Which college am I going to? Do I want to leave the state or stay near home? What should I study? And, most importantly: How will I pay for it?

For some lower-income students, thinking big is not really an option. We (myself included) often think locally, enrolling in state universities and community colleges if we’re really serious about pursuing a collegiate degree—because local is cheaper, no? But what do we do when we know we deserve to go to the top, deserve to go to those prestigious universities, but can’t due to cost?

According to the their website, QuestBridge (QB) is “a nonprofit program that links high-achieving and deserving students with educational and scholarship opportunities at leading US colleges and universities.”

To break it down, QuestBridge basically provides their College Prep Scholars and National College Match finalists with resources and guidance that allow these high-achieving, low-income students to eventually attend prestigious, expensive colleges and universities at little to no cost to them. QuestBridge is partnered with 38 universities (among them six of the eight Ivies, MIT, and Stanford, to name just a few), and receiving application help and (hopefully) a scholarship through QB to one of these schools means going to a world-class university for practically no money!

But what are “College Prep Scholars” and “National College Match Finalists”? I suppose I should go into the finer details…

How does QB work?

There are two different applications (and thus, programs) for QB: the College Prep Scholars Program and the National College Match.

You start with the College Prep Scholars Program first, halfway through your junior year. Around February and March, the application period for this program will open. While it’s true you don’t necessarily win anything by becoming a College Prep Scholar (CPS), you do gain the distinction of being a QB-recognized applicant going into the college application process and, ultimately, the National College Match. However, you can be selected for various $1,000 scholarships as well as QB fly-ins (where they’ll cover your travel costs) to learn more about the program itself, which is nice.

Most importantly, however, is that by being a CPS, one gains the guidance of the QB staff. They will help you through essays and any conundrums you may face during the college application process, often holding group webinars and online sessions for CPS discussions, which is priceless in itself. Regarding the CPS program, the QB website states: “The QuestBridge College Prep Scholars Program gives outstanding low-income high school juniors an early advantage in college admissions…Being selected as a College Prep Scholars is a notable distinction that celebrates your achievements and gives you an early start in applying to college.”

And now, onto the National College Match (NCM).

To put it simply, the NCM is designed to allow a competitive pool of applicants to receive a full ride to one of the QB partner schools. Full ride, as in a full four-year scholarship to a university like Yale! Imaginably, this program is extremely competitive, but it can be said that being named a CPS in your junior year helps in that the majority of NCM finalists were also College Prep Scholars—so it definitely pays to start in 11th grade!

You apply for the NCM the start of your senior year. However, should one be named a CPS, that person receives early access to the NCM application (the perks are endless, no?). The application (for both the CPS and NCM programs) are styled the way any college application would be, and after writing the essays, receiving recommendations, and inputting your transcript, you send your application in. In mid-October, you find out if you are an NCM finalist. If you are, you can select up to 12 schools to apply to (early!) through the NCM. And after sending in all the required materials for those colleges by the given deadline, you find out if you match in early December. Match, as in, go to that college for FREE!

It sounds too good to be true, but it isn’t! Just last year, QB landed a record number of 767 matches out of 5,338 NCM finalists! So, while it may be competitive, it is certainly worth it to apply.

But which students should?

The only criterion that is mandatory for the Match is that one’s family should make less than $65,000 a year. That’s it. All other determinants are one’s academics, essays, and character.

It should be said that even if you do not make it into the CPS program, you still have a chance for the NCM. Personally, I was a CPS, and eventually an NCM finalist, but one of my friends (who was the salutatorian of my class) applied for the CPS program and didn’t make it. However, he did make it as a NCM finalist!

Likewise, if you apply to the NCM and don’t match with any of the schools you selected for the Match, you can still apply to those schools through Regular Decision, and even Early Decision, should the university or college allow it. So it’s really no loss! My previously mentioned friend didn’t match, but he got into the University of Notre Dame through Early Action. So obviously, QB is not a waste of time and effort.

Well, there’s nothing left other than to go for it! And if you decide to apply, I’d hop to it—the deadline for the College Prep Scholars program is March 22. If QB isn’t your cup of tea, then tell somebody else who’s sure to benefit from it. Because though college may be expensive, the knowledge it gives us is priceless.

Lydia Abedeen is a (stark-raving SANE) writer based in Orlando. She writes because, in the end, it's all she has. It's the one gift that she's always willing to share, and the one thing that people truly appreciate when she gives it to them. Thus, she makes it her job to never stop gifting the world with a little bit more of her wisdom. And so, she shares some of it with you today.